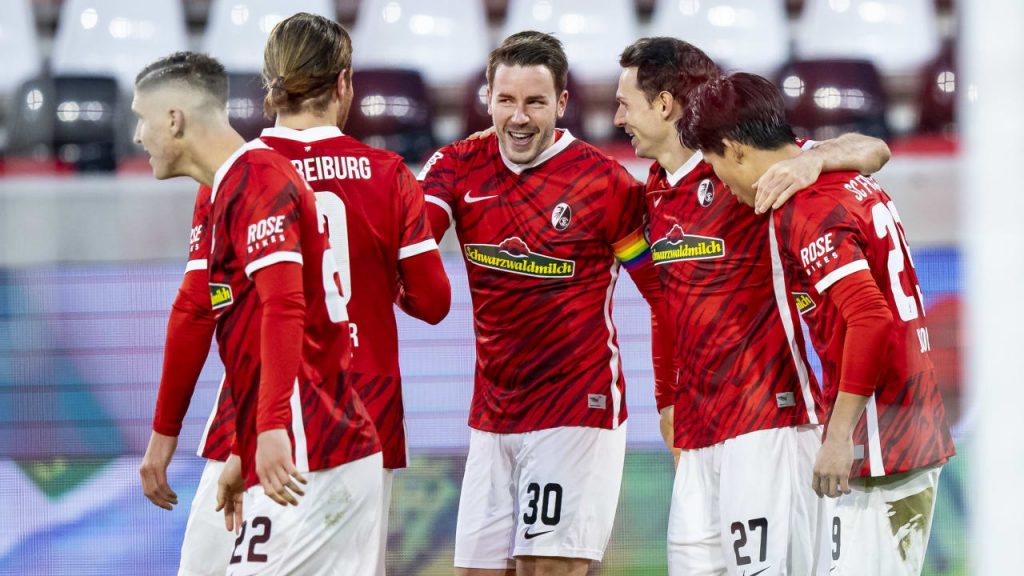 After the conclusion of the opening weekend, the 2022/23 Bundsliga campaign heads into Matchday 2 as we bring you the best weekly Bundesliga betting tips.

The two main title-contenders FC Bayern München and BVB 09 Borussia Dortmund both got off to a winning start and so did SC Freiburg, Borussia VfL M’gladbach, 1.FC Köln, 1.FC Union Berlin and 1.FSV Mainz 05.

Bayer 04 Leverkusen and TSG 1899 Hoffenheim were the two top-half sides to lose their opening fixture. Meanwhile RB Leipzig was held to a draw by VfB Stuttgart while newly-promoted Werder Bremen gave a fine display to take a point at VfL Wolfsburg. 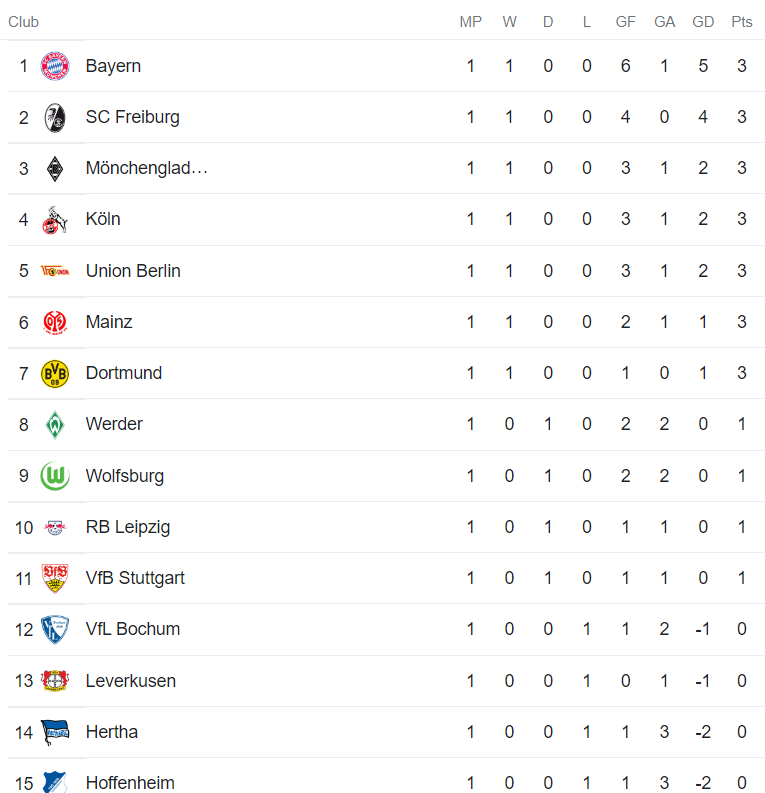 Having bolstered its front-line in the summer, SC Freiburg made a superb start with a 0-4 victory at Augsburg. On the other hand, Borussia Dortmund looked a much more composed side defensively during its 1-0 home-win against Bayer Leverkusen.

For this fixture, our Bundesliga betting tips experts are drawn towards the 2.54 line on the away-team to Score in Both Halves. Despite the absence of Erling Haaland, Dortmund still has one of the most potent attacks in the division. And while Freiburg had an excellent season in 2021/22, it finished with the 7th worst defensive-record at home conceding an average of about 1.5 goals per game.

The 2.40 line on 2nd Half Both Teams to Score also looks a good bet for a very attractive price as the game is likely to open up in the latter stages. Freiburg strengthened its offence which had the 6th best scoring record in the Bundesliga. Dortmund conceded at an average of nearly 1.5 goals per game on the road last season.

Freiburg 2-2 Borussia Dortmund at 10.0 on Sportaza.

Leipzig will be looking to get things right on home-turf after making an underwhelming opening to the league campaign. On the other hand, Köln made a confident start with a fine home-win but its away-form was quite patchy last season.

Taking the generous 2.80 price in the Match Result & Both Teams to Score on RB Leipzig and Yes is the standout betting-choice in the opinion of our Bundesliga betting tips experts. Leipzig finished the previous campaign with the 3rd best home-record with 11 wins from its 17 matches. Nevertheless, Köln should be able to open its account having failed to score in only 3 of its 17 away-fixtures last season.

The 2.40 price on Over 2.5 goals for the home-side also looks quite welcoming. With its potent attack, Leipzig was quite prolific at home last season and averaged over 2.5 goals per game. Moreover, Köln has conceded more than 2 goals in 3 of its previous 5 visits to Red Bull Arena.

Schalke 04 will start its home-campaign in the Bundesliga after taking a 3-1 defeat at Köln on Sunday night. Borussia M’gladbach began the season with an impressive 3-1 home-win against Hoffenheim but it was a very inconsistent side last season.

Our Bundesliga betting tips experts expect this to be a fairly high-scoring encounter and therefore the 2.30 offer for Over 3.5 Total Goals makes a sensible choice. Schalke were the top-scorers in 2.Bundesliga last season and managed to score away from home in the weekend despite being down to 10 men. M’gladbach has a fully-fit front-3 at present which is capable of scoring a couple of goals against any team.

Choosing the away-side for the Match Result at betting-odds of 2.22 is a decent option as well. Despite having home-advantage Schalke might end up on the losing side of this clash as it has done in 4 of the past 6 occasions. Despite a leaky defence, M’gladbach may have just enough firepower to seal all the points in its favour.

This is an intriguing encounter between two sides that started the new campaign with victories. After its dismal form on the road last season, Mainz picked up a 1-2 win at Bochum. Union notched a comfortable 3-1 win derby-win against Hertha Berlin.

In this evenly-matched contest, our Bundesliga betting tips experts would like to consider the 2.10 line for Under 2.25 Total Goals. Mainz averaged less than 1.5 goals per game last season although it possessed the tightest defensive-record on home-turf by some margin. Union finished with the 3rd best defence in the league yet it also averaged less than 1.5 goals per game.

The 2.30 offer on the away-team in the Draw No Bet market throws up a safe choice for a pretty fair price. While Mainz enjoyed excellent home-form in the Bundesliga, Union Berlin was one of the two sides to beat them at Mewa Arena last season. In fact, Union has managed to take 4 wins from its 6 top-flight encounters with Mainz.

After sealing the DFL-Super Cup, Bayern München kicked off its Bundesliga title-defence with a 1-6 thrashing of Eintracht Frankfurt. In stark contrast, Wolfsburg had to fight tooth and nail to earn a point at home against newcomers Werder Bremen.

For this encounter, our Bundesliga betting tips experts will suggest taking the 2.10 offer on Over 1.5 for the home-side in the 1st Half. Bayern looks more fluid in attack and scored at least 3 goals during the opening period in both of its competitive matches this season. Wolfsburg looks quite ill-equipped to cope with this juggernaut after letting in 2 goals inside the opening 45 minutes against a newly-promoted side.

Taking the 2.08 offer on the home-team in the Match Result & Both Teams to Score market looks a fine betting-choice in this contest. Bayern should not have any problems in sealing the result but it has looked susceptible at the back. Wolfsburg will probably come home empty-handed but it certainly has the quality to produce a goal.

Bayern München Highest Scoring Half: 1st Half at 3.10 on Sportaza.

2nd Half Double Chance & Both Teams to Score: Draw/Wolfsburg & Yes at 6.00 on Sportaza.

Bayer Leverkusen 2-0 Augsburg at 7.60 on Sportaza.