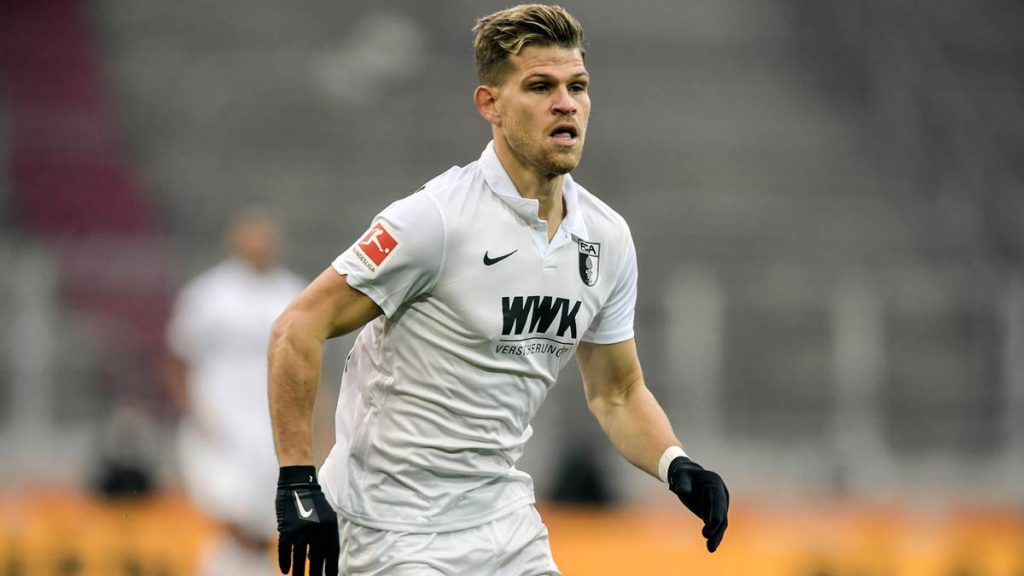 In their final fixture of the season, FC Augsburg will face SpVgg Greuther Fürth at WWK Arena on Saturday afternoon for Matchday 34 of the 2021/22 Bundesliga.

Augsburg lies in 14th spot and sealed its berth for next season a couple of weeks back. Greuther Fürth is rock-bottom in 18th position and will suffer an immediate relegation to the 2nd tier.

What are Augsburg Odds against Greuther Fürth?

What was Augsburg Performance in the last 5 Bundesliga matches?

Despite taking a mere 3 points from its past 5 fixtures, Augsburg has done just about enough to secure its Bundesliga status before the final weekend of the season.

There could be a couple of notable absentees from the squad but Markus Weinzierl will probably retain the 3-4-2-1 system that he has employed consistently in recent weeks. Rafal Gikiewicz will stand between the posts for the home-side while Felix Uduokhai came back from a lengthy spell on the sidelines to take his place in 3-man defensive-line alongside Reece Oxford and skipper Jeffrey Gouweleeuw.

Meanwhile, Carlos Gruezo and Niklas Dorsch have been the preferred central-midfield pairing for the manager over the past few weeks. Iago seems doubtful to make it into the squad so Mads Pedersen could start as the wing-back on the left-side of the midfield with Daniel Caligiuri on the right. Michael Gregoritsch and André Hahn are likely to be the supporting-strikers behind Florian Niederlechner in the centre-forward role.

What are Greuther Fürth Odds against Augsburg?

Relegation was on the cards for Greuther Fürth after a hopelessly miserable 1st half to the season and better display in the subsequent months was not enough to avert its fate.

Without anything but pride to play for in its final fixture at the top-tier, Stefan Leitl may set up his side in a reasonably attack-minded 3-4-1-2 formation to pick up a win and end the campaign on a positive note. Andreas Linde is the first-choice goalkeeper of the side while Sebastian Griesbeck, Nick Viergever and Gina-Luca Itter has formed the 3-man central-defensive partnership in the recent games.

Max Christiansen and Timothy Tillman are likely to be the two holding-midfielders with the former acting as an enforcer in front of the backline and the latter being a deep-lying playmaker of the team. Marco Meyerhöfer remains sidelined so Simon Asta will resume on the right-wing with Jetro Willems on the left. Jamie Leweling should take the no.10 role behind the centre-forward pairing of Jessic Ngankam and Branimir Hrgota.

Bundesliga Matchday 34 Betting Tip – Augsburg averages fewer than 1.5 goals per game in the Bundesliga, even on home-turf. Greuther Fürth has an average of less than a goal per game with the worst-scoring record in the division away from home.

Bundesliga Matchday 34 Betting Tip – Augsburg has earned only 1 win and gone down to 4 losses in its previous 5 matches. Greuther Fürth has managed to avoid a defeat in 4 of its last 7 Bundesliga fixtures.

Bundesliga Matchday 34 Betting Tip – Augsburg has managed to get just 3 goals over the course of its previous 5 league-games. Also, Greuther Fürth has produced 2 clean-sheets during its previous 3 fixtures on the road.

Augsburg is not in great shape at present and the same goes for Greuther Fürth as well therefore this fixture seems to have all the makings of a low-scoring stalemate.
Augsburg 1-1 Greuther Fürth at 9.60 on Sportaza

Where is FC Augsburg v SpVgg Greuther Fürth being played?

FC Augsburg v SpVgg Greuther Fürth will be played at WWK Arena, the home-ground of Augsburg.

When is FC Augsburg v SpVgg Greuther Fürth being played?

Where can I watch FC Augsburg v SpVgg Greuther Fürth?

The match will be broadcast on Sky, beIN Sports, and ESPN+