You are here: Home »  Blog » 1.Bundesliga Pro Betting Tips by The Secret Tipster 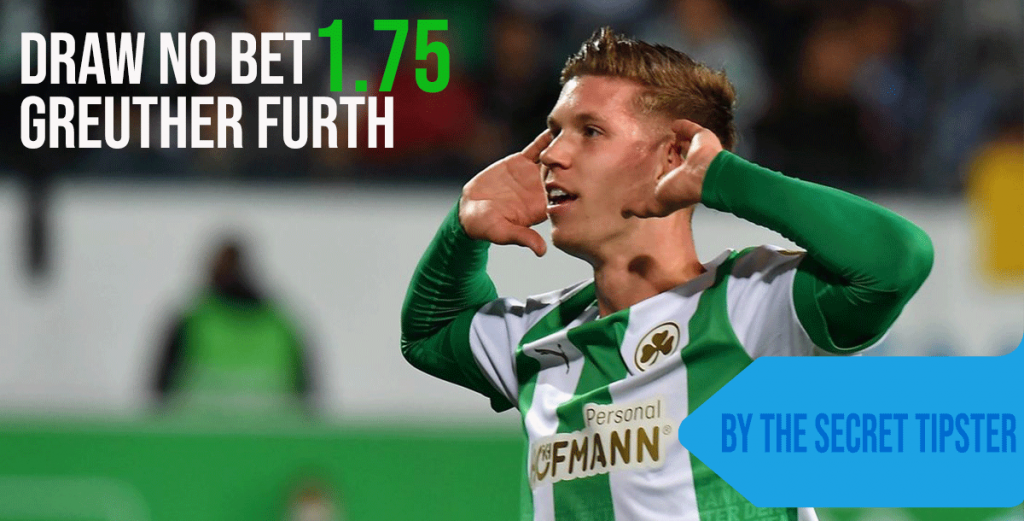 The Secret Tipster had made millions from his online betting, a lot of it from betting on the Bundesliga and Premier League by noticing the bets that the general punter misses. Having worked at the highest level of the industry he knows the industry from both sides. Let him help you become a sports betting winner too by following his odds, predictions and tips in the Bundesliga this weekend.

See also our Bundesliga and Premier League predictions in full, with each match analysed.

A two week international break will have allowed a large number of Bundesliga players to recharge their batteries and for coaches to have spent more time analysing this set of games and working out their tactics.

The smaller clubs tend to benefit disproportionately from these breaks, as clubs like Bayern Munich will see a large proportion of their squad travelling around the world whereas Augsburg, Bochum, Bielefeld and Greuther Furth do not have quite the same squad makeup.

This weekend sees some interesting matchups with both the top two teams – Bayern Munich and Bayer Leverkusen – facing each other and the bottom two. It is in the latter game I have a bet.

Looking at the performance of the Bundesliga teams so far, Greuther Furth are the most underperforming in terms of expected points, with just one point all season against an expected points score of 6.16.

On expected points they would still be bottom of the table, just behind Bochum on 6.27, versus the four points they have actually scored. On that basis, it looks like these two sides are pretty much statistically the same. They meet this weekend and with Greuther Furth playing at home, my mathematical model makes them 0.34 goal favourites, which basically reflects the value of home advantage.

The bookies offer Bundesliga odds of 2.40 on the home win, which is slightly too generous, but I prefer to bet in the ‘draw no bet’ market (where you get your money back if there is a draw in the game) at odds of 1.75 with Neo.bet or Unibet, which offers a decent value bet.

In the Bayer Leverkusen game I would be careful about getting involved. Bayern Munich may have some tired players but Leverkusen are the second most over-performing team on the stats this season and even though they are level on 16 points I don’t think they are there on merit.

How About Betting on Freiburg?

The most over-performing team on the stats is Freigburg, who have 4.95 more points than you would expect at this stage of the season based on their performance.

They host RB Leipzig this weekend, who have been slightly underperforming on the stats. Dani Olmo’s absence has been a problem for them and it is a shame that Brian Brobbey has picked up an injury this week, as he’s a useful super-sub. But I make Leipzig strong favourites on my maths model and think the 1.85 on offer with Neo.bet or Betway is a good bet and is my strongest selection of the weekend.

Claim a welcome bonus from one of our partners listed on this site where you don’t have an account yet – and use predictions and tips from the Secret Tipster to bet on the outrights, either in the Bundesliga, Premier League, La Liga, Serie A or Ligue 1.