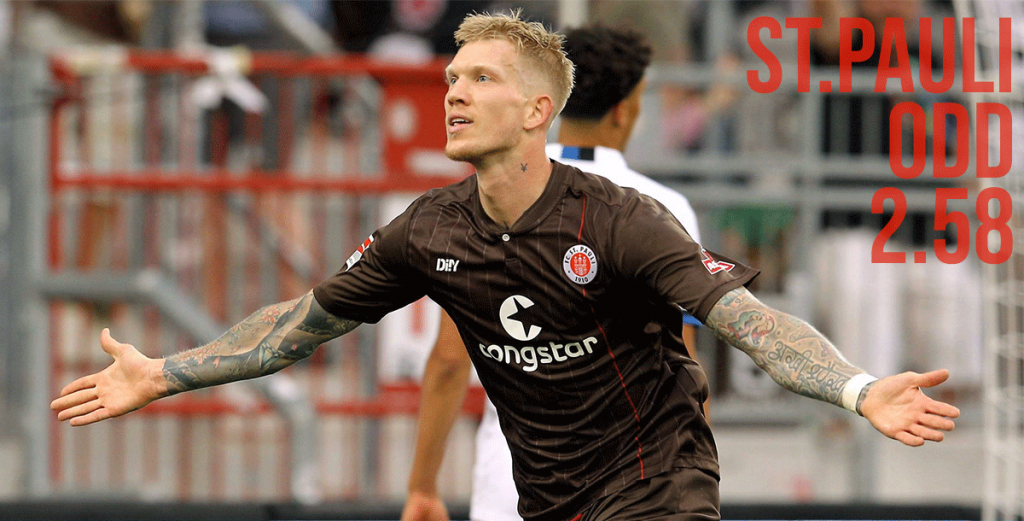 The 2.Bundesliga 2021/22 season resumes this weekend following the international-break with Matchday 10. St. Pauli moved to top of the table with 19 points, with Jahn Regensburg and Paderborn close behind.

Paderborn has moved up to 3rd in the standings after snatching their 5th victory from the past 7 matches. Jahn Regensburg fell from top-spot once again having managed only 1 win from the last 5 fixtures.

Despite their high position, Paderborn has picked up just 1 home-win this season and failed to keep a clean-sheet in all the 4 games. Jahn Regensburg has stayed undefeated through the past 4 league-matches with 3 draws but they have conceded at least 1 goal in the last 6 games.

Therefore, the 1.95 price for a double chance on a home-victory or draw with both teams on the score-sheet is a fair option. Paderborn has scored 65% of their goals in the opening 45 minutes, so 2nd Half to be the highest scoring half for the home-side at odds of 2.20 is one to keep an eye on.

Heidenheim had a 3-match winning-run terminated with a defeat last week tha has dropped them to 6th position. On the other hand, St. Pauli notched its 3rd win in a row to grab pole-position in the 2.Bundesliga standings.

Despite picking up just 2 wins, Heidenheim has not lost any of the 5 home-games. While they have leaked just 3 goals on home-turf, they have only managed to score 5 times. Meanwhile, St. Pauli has only taken 4 points from their 4 matches on the road, finding the net only 4 times in the process.

Although it does not look like a high-scoring clash, this match should have a few goals in it so betting on 2-3 goals at 2.05 is not a bad idea. Nevertheless, St. Pauli will head into the match in hot scoring form so opting for the away-team to get the 1st goal at odds of 1.90 is the smart choice here.

After a huge win in the previous match, Darmstadt climbed into the top-half of the table. Meanwhile Werder Bremen, of the title favourites, is only a point above them in 8th spot with 3 wins from the last 5 matches.

Darmstadt has shown excellent form at home since a defeat on the opening week, having taken 3 wins in a row while scoring 11 goals and conceding only once. Bremen’s form has been erratic to say the least after failing to score in 2 of their 4 away-matches even though they have collected 7 points.

Despite Darmstadt’s strong home-run, neither team is in any consistent form and there is not a lot on offer that merits the risk. However, the last 6 matches featuring Bremen have seen one or fewer teams on the score-sheet, so going for both teams to not score at 2.40 seems worth a shot.

The bright start to the season feels like an age ago for Dynamo Dresden after toppling down to 11th spot following 4 defeats in the last 5 matches. In the meantime, Nürnberg kept hold of 5th spot after maintaining an unbeaten record through the first 9 matches but have only managed 3 wins thus far.

Dynamo still possesses an impressive record at home with 3 wins from 4 matches scoring 9 goals and keeping 3 clean-sheets. Nürnberg has only kept 1 clean-sheet in 4 away-games but it has failed to score on just 1 occasion and has managed to score 2 goals in the other 3 matches.

Hence the 1.65 offer on both teams to score looks a fairly safe bet in this clash. Moreover, Dynamo has scored 10 of its 13 goals while Nürnberg has scored 9 of its 11 goals in the latter period of their games. So the 2.05 line for 2nd half to be the highest scoring half looks a straightforward choice.

2.Bundesliga is on fire, and the bookies haven’t even noticed, so please grab one of our 2 Bundesliga betting tips and one of our welcome bonuses and have some fun winning.