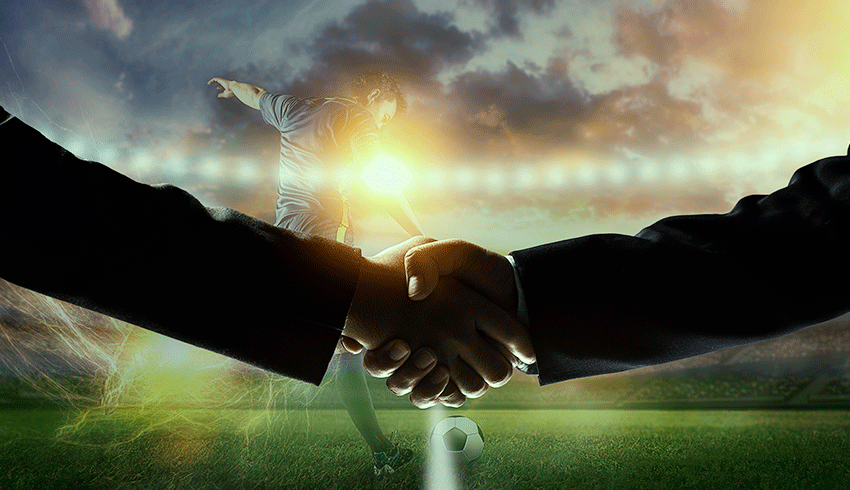 With January fast approaching, the transfer rumours mill will start to go into overdrive in the next few weeks as a number of football clubs will look to make improvements to their squads to give them the best chance of achieving the aims that they set out to achieve.

Indeed, with many football teams around Europe all likely to look to use the beginning of 2021 to make improvements by diving into the winter transfer market, we take a look at some of the latest transfer rumours appearing to make headlines in the world of football.

The Premier League is one such league around the world that will see a number of football clubs actively look to add to their squads over the course of the transfers window, with many of the English football teams challenging at different ends of the spectrum all desperate to add new additions.

Chelsea may have spent a fortune in the summer ahead of the current 20/21 Premier League campaign, however that has not meant that transfer rumours have stopped happening. Thiago Silva may have only joined this summer from PSG and has already made a tangible difference to the Blues’ defence, however, the Brazilian is ageing, which has meant the Stamford Bridge outfit could be looking for a replacement during the upcoming transfer market window.

Indeed, Cagliari’s Sebastian Walukiewicz has been performing exceptionally well in Italy’s Serie A and is said to have caught the attention of Chelsea with those displays. The Blues, though, will need to splash the cash once again if they want to seal the transfer, with it believed he could cost north of £50 million.

Other news to emerge from England’s top league in regards to winter transfers includes Manchester United’s Paul Pogba. The midfielder’s agent has continued to fuel the fire regarding the France international’s future at Old Trafford, as Mino Raiola has claimed the player needs to leave the club. Pogba has since dismissed those suggestions, however with just 18 months left on his contract, the Red Devils might look to transfer him before his value diminishes.

Another Premier League football player that does not look happy at the moment and could seek a new club in the 20/21 Winter transfer market is Tottenham Hotspur’s Dele Alli. The England international has been frozen out at Spurs under José Mourinho and a fresh start was rumoured in the summer market window. No move materialised, however, the transfer rumours remain as PSG are said to be interested in signing the football player on loan. Alli is thought to be free to leave north London this winter, whilst a move could improve his chances of making England’s UEFA European Championship squad next summer.

Dominik Szobozlai is one of the hottest young prospects in football at the moment and he is the first big signing of the Bundesliga in the 20/21 Winter Transfer Market. The 20-year-old signed for RB Leipzig for a fee of around €20 million. FC Red Bull Salzburg will now face a hard fight to replace the Hungary international midfielder whose talent might lead to a short spell at the Bundesliga team.

There is no denying how good Erling Braut Haaland has been for a significant period of time already, so he is clearly going to attract a number of clubs. Indeed, a number of transfer rumours have already started, with both Manchester United and Manchester City both keen on the Norwegian. However, it would be unlikely to see him move in the 20/21 winter transfer window, despite both football clubs needing a new striker to provide them with the firepower to get up the league table.

Eric García is approaching the end of his contract at Manchester City and has become a wanted man. La Liga giants FC Barcelona are believed to be favourites to sign the defender during the next transfer window as he has made it clear he would like to return to the club where he started his football career and has already refused to sign a new deal at the Etihad Stadium.

With that in mind, a move to the Camp Nou should be considered definite and not just a transfer rumour this January, as the Citizens will not want to lose him for nothing.

Zinedine Zidane wants Isco gone from Real Madrid this January, although whether he will leave the Santiago Bernabéu depends on whether there is any interest in the attacking midfielder this winter transfer market. He is not part of the manager’s plans and he will want to make Spain’s European Championship squad, so a move should be on the cards.

Matteo Lovato has already been attracting a number of Serie A sides this season, despite having only played a handful of games for Verona. The 20-year-old is thought to have Juventus, AC Milan, Inter Milan, AS Roma and SSC Napoli all keen on his signature which could mean the young defender will be on the move in this winter transfer market.

Exciting stuff? Keep an eye on EagleBet‘s news for the latest sporting gossip and rumours.