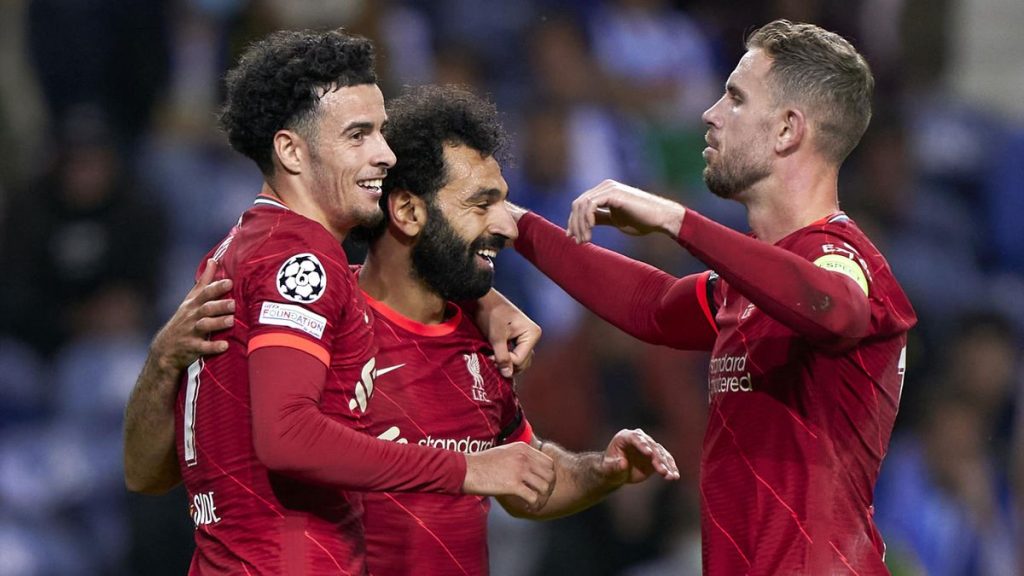 We offer betting predictions here for all four of this week’s CL fixtures.

Claim a welcome bonus from a betting partner listed on EagleBet then use our CL predictions to soar with winners – sponsored by ZodiacBet.

Liverpool are in sublime form with 10 wins in 10, and given Benfica’s disappointing defeat at the weekend, our Champions League betting predictions are surprised Liverpool are available at such generous odds.

Sure, Benfica are at home where they are undefeated in their last nine – it is their away form that has generally let them down – but none of those opponents were in Liverpool’s class.

Liverpool’s odds are generous due to a combination of that Benfica home form plus the Portuguese side’s brilliant 1-0 victory at quietly-fancied Ajax in the last round.

The home leg of that CL last 16 match ended 2-2 and its Benfica’s defensive weakness – just two clean sheets in their last 13 games – that will excite Mo Salah and Sado Mane, both of whom were substituted early by Liverpool at the weekend, so should be fresh.

These Champions League predictions can’t see Liverpool being stopped here, particularly given that their defence has become so tight with clean sheets in their last five Premier League games.

Our Champions League betting predictions think there is decent value on Liverpool to win. Mo Salah has eight in eight in the CL this season and him any time goalscorer tempts. Also look at the under-goals market – Liverpool face a massive game at the weekend against Manchester City that could well decide the Premier League title so if they take the lead they might shut up shop and withdraw their top strikers again

This is a massive test for Pep Gaurdiola – a brilliant manager leading the Premier League title race but the Champions League is the one trophy to elude Manchester City. Our Champions League betting predictions think this will be hard for Man City against a team resolute in defence but also deadly on the counter attack – as Manchester United discovered in the last round.

We expect City to be allowed lots of possession but the challenge will be for their silky midfield to find a way through.

Our betting predictions think there is just enough value in a City win as in the six matches that have mattered in the CL this season, City have justified their betting status as favourite.

But Atlético are a very tough opponent who have won their last six matches – and their last four away – so we would be cautious about betting more than a modest amount on City to win.

Just enough value in the home win according to our Champions League betting predictions but only bet small. We also think it will be very tight so under 2.5 goals interests us

These Champions League betting predictions expect Bayern to win but after Villareal won 3-0 away to Juventus to get here – the result of the round – the Bundesliga Champions will take nothing for granted.

However, since that famous night in Italy, the Spaniards have slumped to defeats against Cadiz and on Saturday 2-0 to Levante.

Bayern, who have scored 16 goals in their last four games, should be way too good for Villareal according to our betting predictions.

Having knocked an impressive four past Freiburg away at the weekend following their 4-0 demolition of Union Berlin, they will be hunting for goals.

We do not predict anything as spectacular as the 7-1 humiliation of Salzburg in the last round when an early Robert Lewandowski hattrick broke the spirit of the Austrians. But with a healthy nine point lead at the top of the Bundesliga they can afford to go “all out” for the trophy that currently eludes them in a way that Manchester City and Liverpool can’t.

Our Champions League betting predictions note that Villareal have not lost in their last nine home matches so Bayern will really want to settle this match on home soil.

They have scored in their last 24 matches and Serge Gnabry has been both goal creator and scorer in the Champions League so is worth considering for any time scorer.

Bayern have not lost in eight matches and it would be a major shock if they lost here.

Arguably the most glamorous tie of the round but also the hardest to call for our betting predictions: after Real lost 4-0 to Barcelona you would probably have called this a fairly straightforward win for the Champions. But Chelsea’s shock 4-1 defeat to Brentford suggests the off-field issues at Stamford Bridge are starting to hurt.

This is a repeat of the 2021 semi-final, and Real’s morale will be boosted by their phenomenal comeback against PSG to get here.

Chelsea’s shock defeat ended their six-match unbeaten run and it is impossible to predict how Chelsea will respond. With the Premier League title gone they really need to retain their CL crown to salvage their season – but our Champions League betting predictions sense it will be difficult with at least three better sides left in the competition.

Crucially, though, it over a decade since Chelsea were knocked out in the quarters of the Champions League and they have won their last five CL home matches with clean sheets.

Real, 13 times winners of the CL, went down 2-0 here last time. But they have won their last three away games and they have Benzema who – as always – is on fire.

These betting predictions have doubts about Chelsea but the odds are just generous enough to tempt.