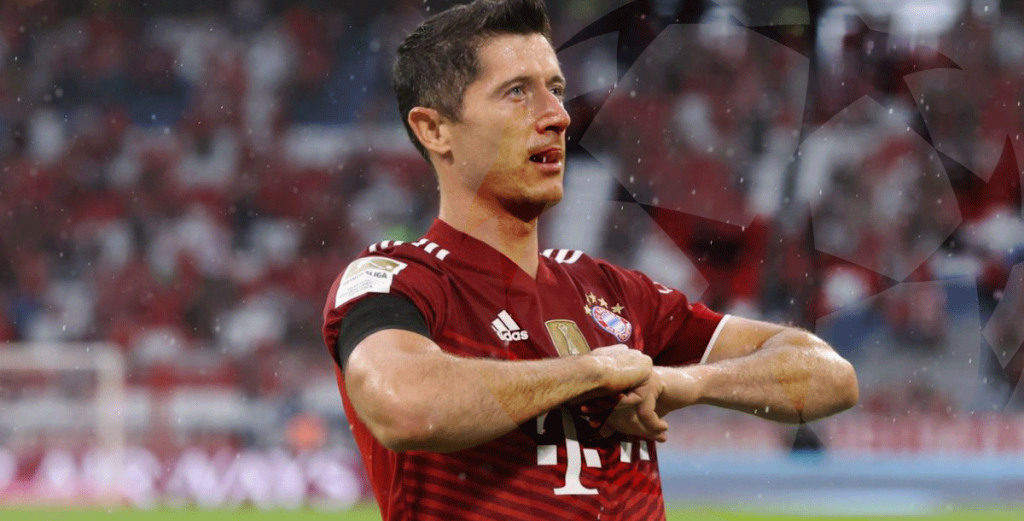 The top match FC Barcelona vs FC Bayern Munich and Dynamo Kiev vs SL Benfica are the opening matches of this Group E in this year’s UEFA Champions League.

Check out the information below, which we have summarized for you and take a look at our predictions for this first matchday. Boost your odds by creating an account with one of our partners and claiming their welcome bonus – who doesn’t like betting with extra free cash?

The two teams have faced each other a total of nine times in the Champions League, with the last big clash of the world`s best FCB`s within a group stage in 1998. The last 7 games (between 2009 – 2020) all took place in the knockout stages of the UEFA Champions League.

The last encounter is still in the minds of many, as it ended 8:2 for the German champion, a for many, unforgettable football evening. 2020, however, was an exceptional year for FC Bayern Munich as they won the triple, as well as the election as world footballer for Lewandowski plus the trophy for world goalkeeper for Neuer.

Changes Since The Legendary 8:2

It is now exactly 13 months since that legendary victory of Bayern in Lisbon. Looking at the lineup, a few things have changed in both teams. On the one hand, Coutinho is now on the side of the Catalans whereas last year in August he was on loan for Bayern (even scoring goal No. 7 and 8).

However, seeing him in the starting lineup seems rather unlikely, as he simply can’t match the performances that were expected of him. The most likely offensive selection will probably be formed with the 18-year-old Pedri, Luuk de Jong and the newcomer from Lyon, Memphis Depay. Just a reminder, these 3 players replace last year’s forward Griezmann – Messi – Suarez!

In contrast to the troubled Barcelona, we would suggest that Bayern’s squad has further improved compared to the legendary 8:2. The departures of Boateng, Alaba, Thiago and Perišić can be easily absorbed by the new additions Upamecano, Musiala, Sabitzer and Sané.

We expect a victory for the team from Munich. Despite better transfer policy compared to Barcelona in recent months, however, we do not go again on such a clear result as in the last game. Our tip: 1:3 final score

In their domestic leagues, the Premyer Liga and Primeira Liga, they are among THE biggest clubs and have always been in the title race in recent years. In fact, last season Dynamo managed to bring the championship title back to the capital after a 4-year absence.

On the other hand, at an international level, the titles are rather scarce. After the millennium, Benfica only made it to the final of the Europa League twice (2013 and 14) without winning this competition. Things don’t look any better for Kiev, with their biggest international success in the last 21 years being a semi-final appearance in the Europa League in the 2008/09 season.

We hope and expect an interesting game, whereby we bet against the expectations of the bookmakers on a narrow victory of Kiev, who have a very experienced coach in Mircea Lucescu, when he starts on Tuesday in his 16th Champions League tournament.

Dynamo Kiev have had a stellar start in the domestic league, standing in 1st place after 7 games and 19 out of a possible 21 points. Especially at home they seem to be highly motivated at the moment with 4 wins out of 4 and 17-0 goals (yes, 17!). Benfica also started the season strongly, but could only win one of the last eleven away games in the Champions League.

Get more betting tips and predictions on Group E after the first match day here at EagleBet.

The Best Betting Bonuses Are Available At EagleBet

Take advantage of one of our welcome bonuses in the Sportsbook of one of our partners if you haven’t done that already – e.g. Neo.bet online bookmaker – and then use one of our betting tips to claim your free bonus and bet on the Champions League. All odds are subject to change.