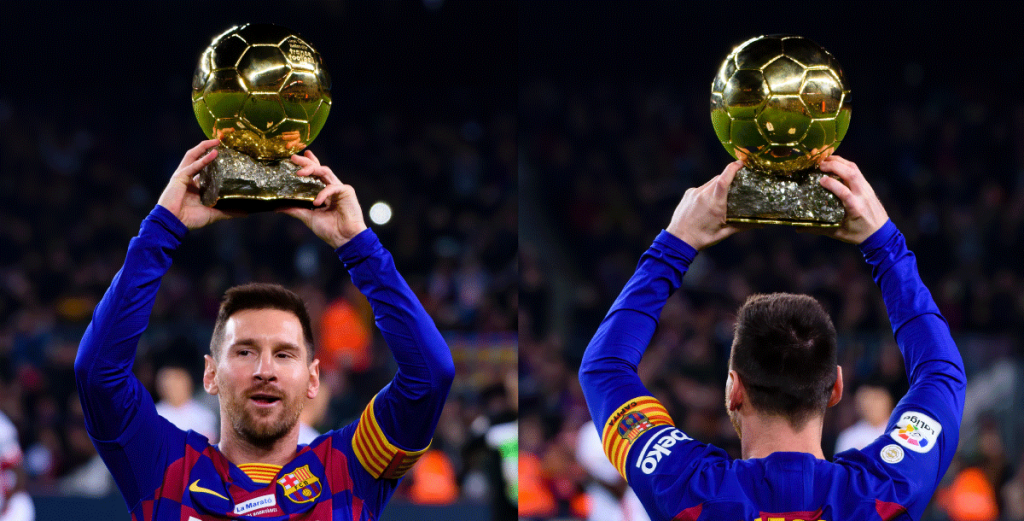 Lionel Messi is likely to claim his 7th Golden Ball after Argentina’s success, but Robert Lewandowski, Jorginho, N’Golo Kanté and Romelu Lukaku are likely to challenge. Check out all of our 2021 best player predictions here!

The Ballon d’Or award is the greatest personal accolade a footballer can win each season, as the prize will crown them as the best player to have played over the course of a season.

Of course, the likes of Cristiano Ronaldo and Lionel Messi have dominated the award proceedings for a number of years, although there have been a number of other individuals who have come close to challenging two of the world’s best football players to have ever existed.

The 2020 Ballon d’Or was not awarded due to what went on around the world last season, however the 2020/21 season has meant that the award can take centre stage once again, with some new names potentially being in the frame to be crowned the best player.

Take a look at the five individuals we think could take home the Ballon d’Or award this year, and who we predict will ultimately end up with the award once all is said and done!

There is no denying that Lionel Messi will be in contention for another Ballon d’Or award this year, as the Argentine magician continues to steal the show when he plays. However, it might not be for his performances with FC Barcelona that won him the prize of being the best player of 2021.

He finally capped off his extraordinary career with silverware at the international level as he helped Argentina beat Brazil in the 2021 Copa America Final and their first major title since 1993. He was crowned Player of the Tournament and ended up as the Golden Boot winner, as well, so expect him to make it seven Ballon d’Or titles in December.

When looking at the best player who has performed for his club throughout 2021, then FC Bayern’s Robert Lewandowski is going to be in contention for the prize. ( check our latest odds on Lewandowski to win the Ballon D’Or )

Indeed, he would have likely have been the winner of last year’s Ballon d’Or if it were to have been awarded, but the Poland international remained in scintillating form this time around, as well. He scored a total of 34 goals, whilst also winning another Bundesliga title.

Perhaps one of the more debatable selections on this Ballon d’Or 2021 predictions list, but Jorginho certainly deserves to be nominated given what he did at both club and international levels of football.

The Chelsea and Italy midfielder was outstanding in his role as he anchored between the midfield and defence, with his role helping the Blues to win the UEFA Champions League and finish fourth, whilst he lifted the Euro 2020 title with the Azzurri. He has the opportunity to replicate Luka Modric’s feat in 2018, but whether that happens, remains to be seen.

Another Chelsea midfielder also deserves to be on the list for the Ballon d’Or 2021, with N’Golo Kanté continuing to wow fans and media with his continued impressive performances throughout the season.

The Frenchman continues to be an integral part of Chelsea’s and the France National Football Team’s first-team pictures, as he seems to be able to do something many other players simply can not: give 100% every single minute of every single game.

22 goals and firing the club to a league title will normally be good enough to win a number of awards, but whether Romelu Lukaku’s efforts will see him awarded as the best player of 2021 and receive the Ballon d’Or is debatable.

There is no doubt that he will have won over his critics over the last 12 months as he fired Inter to the Serie A title, whilst also proving a handful for Belgium in the Euro 2020 Championships that have just taken place.

Arguably, he still has a shot at winning the prestigious accolade, though, as he could fire the Red Devils to victory in the UEFA Nations League later this year.

Lionel Messi is the favourite to win the Golden Ball award for the 2021 season according to several sportsbooks. However, the football legend might face very harsh competition this season as several contenders deserve the trophy even though the individual stats do not rival with the Argentinian 10.

Our Ballon d’Or 2021 winner predictions, though, sits with Lionel Messi.