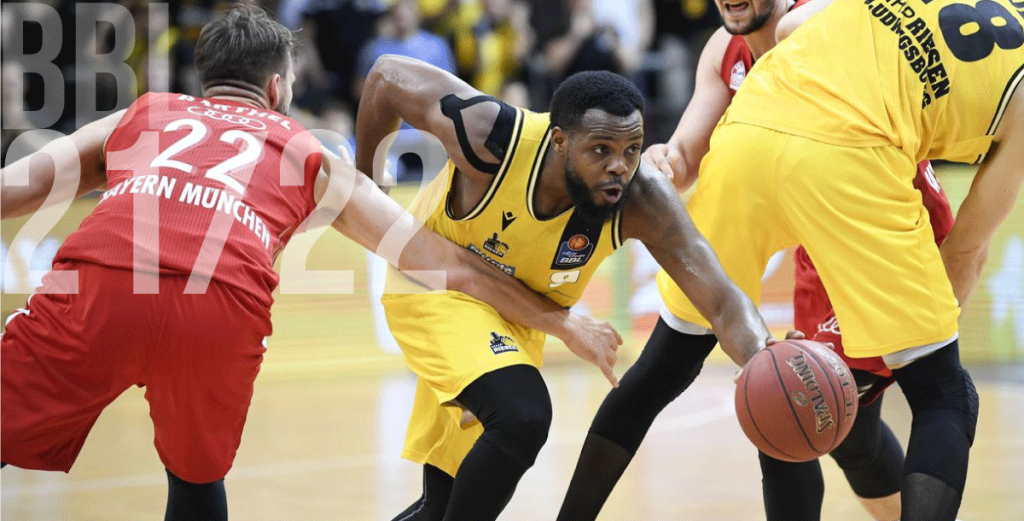 BBL Basketball Bundesliga is the premier professional basketball league in Germany and one of the best of its kind in Europe. There are presently 18 teams in the division; the top-8 progressing into the playoffs for a best of 5-game knockout series and the last team standing wins the championship. The two teams finishing at the bottom of the regular-season get relegated to the second-tier.

Alba Berlin has clinched the BBL Bundesliga crown for the past two seasons and along with Bayern Munich and Brose Bamberg are the only 3 teams to have lifted the crown in the previous 12 years. Bayer 04 Leverkusen is the record champions with 14 championships but it is currently not part of the top-tier of basketball in Germany.
The 2021/22 season gets underway later this week from the 23rd of September.

From a betting perspective, Bayern Munich is the overwhelming favourite to become the next champions at odds of 1.60. They secured their last title in the 2018/19 campaign and have made some interesting signings during the off-season period.

Defending champions Alba Berlin is the next favourite with odds of 3.60. It will be the smart choice in the outright market to retain the title due to the ability to produce big performances in the playoffs. Berlin reached the last 4 finals despite not finishing in top-spot during the regular-season.

Among the outsiders, Riesen Ludwigsburg is placed at odds of 10.0 by the bookmakers. They have kept a large chunk of the squad intact which finished at the top of the standings in the regular-season.

With odds of 15.00, Baskets Oldenburg is another team to watch out for the punters this season. Oldenburg finished 3rd in regular-season and looks in good shape to push forward with some good acquisitions this summer.

There are also many options in each match such as the winner of the match, and also “Over/Under” markets for points scored, fouls given, etc. including for every quarter of the game.

Most Points Per Game : Michal Michalak

Michal Michalak, a 27 year old shooting-guard from Poland, leads the league in scoring-average despite playing for a team that finished just above the drop-zone. He is in a good position to retain his title playing with a superior team in Baskets Oldenburg this season.

Most Rebounds Per Game: Gavin Schilling

Power-forward Gavin Schilling had the joint 2nd best average for rebounds per game last season. The 25 year old American is dominant at both posts and he sealed a move to Bayern Munich this summer.

Jalen Smith was one of the top performers in the BBL last season averaging more than 15 points per game with over 5 assists and close to 2 steals per game. The American point-guard is set for another big season after being drafted in by Alba Berlin.

Alba Berlin to win the championship at 3.80