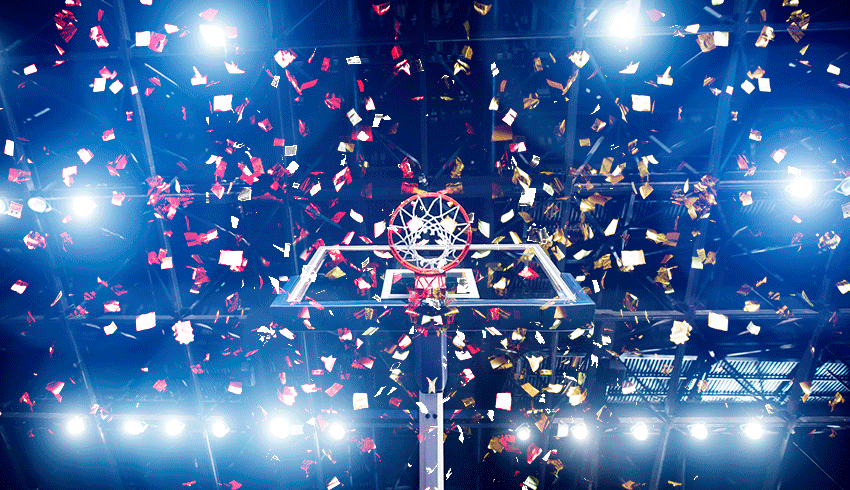 The 2019/20 Basketball Bundesliga (BBL) season, which was suspended in March due to the COVID-19 pandemic, has now been able to successfully resume action, albeit in a slightly altered format. The board of the BBL decided to have a season-ending tournament with ten teams, rather than attempt to complete the league stage and then have the playoffs, due to the delay that had already been caused by the pandemic. Thus, the top nine teams, plus Skyliners Frankfurt, were divided into two groups of five, with the top four teams from each group proceeding to the quarter-finals.

The four teams to make it to the semi-finals were Alba Berlin, EWE Baskets Oldenburg, ratiopharm Ulm, and MHP Riesen Ludwigsburg. MHP Riesen pulled off an upset in the quarter-finals, defeating defending champions Bayern Munich 160-157 on aggregate, with the second leg in Munich being extremely close and finishing 74-73 to Bayern, but the margin of victory was not enough to overturn MHP Reisen’s win in the first leg. On the other hand, Ratiopharm Ulm dominated Skyliners Frankfurt in their quarter-final, defeating them by a resounding 197-130 scoreline over the two legs. It was a similar story over the other quarterfinals as well, with none of the losing teams managing to win a leg. Oldenburg defeated Brose Bamberg 175-156, while Alba Berlin won by a 181-153 scoreline over BG Göttingen.

The semi-finals are currently underway, where Ludwigsburg have booked their place in the final with a 165-156 aggregate win over Ratiopharm Ulm. It was an incredibly close encounter, with the first leg ending up as a tied game on 71-71, and Ludwigsburg prevailing 94-85 in the second leg to progress, having been down 24-16 in the first quarter of the second leg, but then staging a comeback to ultimately win.

In the second semi-final, Alba Berlin won by a resounding 92-63 scoreline in the first leg over Oldenburg, leaving them with an uphill task to overturn a 29-point deficit in the second leg if they are to meet Ludwigsburg in the final, to be played on 26th and 28th June.

There have been a few standout individual players during this revamped tournament as well. Ludwigsburg’s Marcos Knight has been leading the side in points scored as well as pitching in with rebounds, with a particularly dominant performance in the semi-finals, where he picked up 50 points and 24 rebounds over the two legs. The likely second finalist, Alba Berlin, have had a strong contender as well, with Peyton Siva usually leading their charts for points, and also chipping in with assists as well.

It remains to be seen if either of them picks up the MVP award for this season, and if they’re actually is a separate MVP for this stage of the tournament since it is a revamped version.

Nevertheless, both these players will be looking to drive their teams on to win the championship in this unique season, and it is anybody’s guess as to who the champion will be, with both teams have put in strong performances since the tournament resumed.

Looking for the latest news? EagleBet has you covered with up to date sporting rumours.