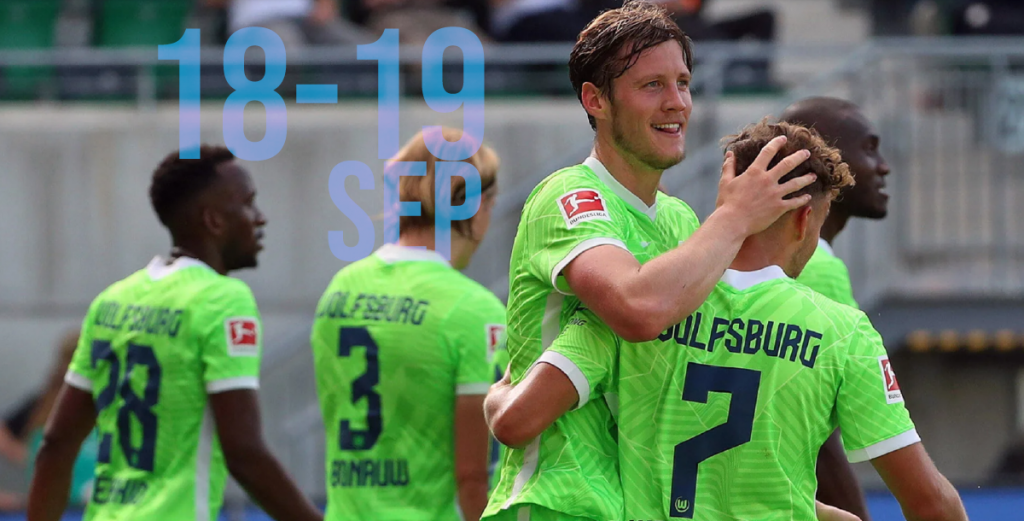 After a thrilling week in the Champions and Europa Leagues – with Bayern Munich humiliating Barcelona and Liverpool pulling off a nail-biting win over Milan – attention returns to the Premier League, Bundesliga and other top domestic league action.

Any idiot can identify the sexy games this weekend: West Ham v Manchester United looks a finely balanced contest and across London the derby between Spurs and Chelsea will be equally enthralling.

Its almost as easy to select some obvious winners: if Bayern Munich can beat Barcelona with such ease, they will surely beat lowly Bochum. But why bet on Bayern at 1.09? Still less on Bochum who are 36, and 36 for good reason! You might, however, just about bet on Bayern to win both halves at odds of 1.60, or bet on Robert Lewandowski for first goal scorer at 2.87.

Find The Best Betting Tips For Football Action This Weekend

We are sports fans too, but here we are looking at the weekend matches not as fans but as bettors, because helping you place winning bets is our business. Please study our tips and predictions then claim a welcome bonus from an operator you haven’t registered with before by clicking one of the links on this page, then use our tips and predictions to place a bet. Life’s simple with the Eagle, huh?

So this is one of those rare occasions when the sexiest match offers the sexiest odds.
Manchester United are surely overpriced at 1.75 for an away win at a team unbeaten this season with 13 goals in five games. United were shocked in midweek, letting in a last minute winner to BSC Young Boys Bern – heaping more pressure on manager Ole Gunnar Solskjaer who had taken off Ronaldo for Lingard, who then gave the ball away for the winner.

Until Raphael Varane establishes himself in the United defence, the Old Trafford club will continue to sit deep with their slow centre backs inviting pressure – in the CL match they faced a ridiculous 19 shots.

West Ham have drawn their last two and the EagleBet panel could see this being their third.

With the Hammers, as we noted, having scored 13 goals league goals and United 11 in the Prem – with Ronaldo already among them – we could also see this being a high scoring affair with question marks over both defences (West Ham let in two goals to both Palace and Newcastle).

Augsburg has scored just one goal in the opening four matches and are in the dreaded drop zone.
M’Gladbach have also been pretty poor but have just secured a confidence-boosting win.

The 1.80 offer for an away-win is hardly great odds but Augsburg has lost both its home-games conceding 4 goals in both. While ‘Gladbach may not bag as many as that, they should at least score a couple of times in this match.

Everton are on sparkling Premier League form in 4th. They have only lost two of their last 17 away games (to Man City and Chelsea).

Villa have only kept two clean sheets in 16 and their only league win is against Newcastle.
Therefore, we are as certain as we can be that Villa won’t win.

Wolfsburg’s fantastic start to the season has been built on their defence rather than their prolific attack (four wins with just six goals), and we can’t honestly predict that an often goal-shy Frankfurt, tired after Europa League action, will be super potent in front of goal.

Odds Boosts push odds in favour of the punter. The operator will often lose the entire house edge when they do this as a way of attracting new customers so they don’t do this lightly, as they often lose money. So we are delighted to have negotiated an exclusive deal with Neo.bet on behalf of you our customers for some great Bundesliga odds boosts.

For Saturday we have great odds for the 2. Bundesliga in a match between two big teams, Werder Bremen vs. Hamburg.

Remember, serious bettors often make the most money in 2. Bundesliga or the Championship where the betting companies maybe don’t always do as much research as they do on the very top leagues as there are far fewer bets.

Brighton must be suffering altitude sickness in sixth place. They will face Leicester – who don’t have the biggest squad – after the East Midland’s team endured a gruelling match on Thursday night in the Europa League.
Other than a 2-0 loss to Everton, Brighton have won every match this season.

Grab a welcome bonus displayed on this page and enjoy a winning weekend of bets that we have tipped you above. Then bet on these Premier League and Bundesliga matches claiming your free bonus.
Good luck – EagleBet, soar with winners.