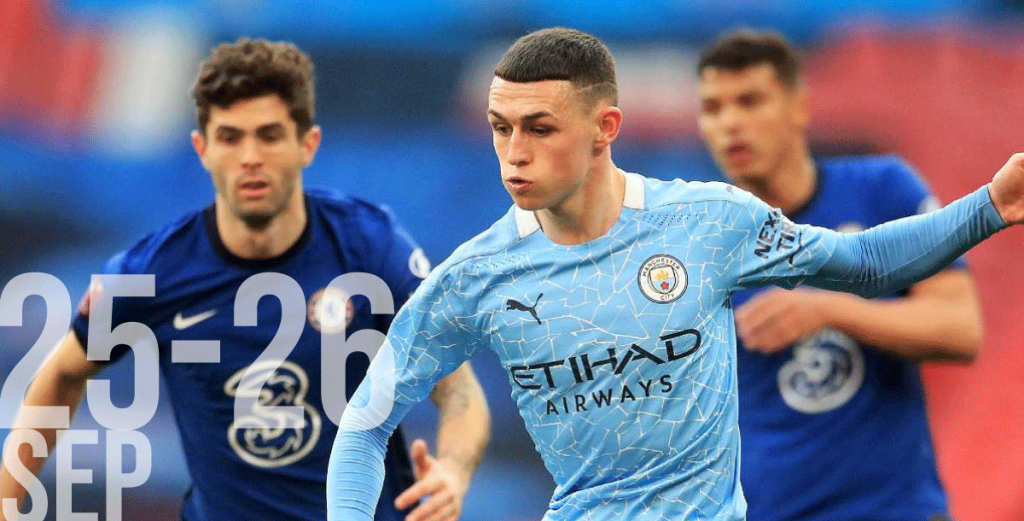 Here we bring you our round-up of top matches and bets from across Europe this weekend, giving you all the key odds, offers, predictions and tips to help you land some winning bets. We also have comprehensive Bundesliga, Premier League, Ryder Cup and Secret Tipster analysis and tips elsewhere on EagleBet, including on every Bundesliga and Premier League match.

Here we select five stand-out bets for the weekend. Claim a welcome bonus from a new operator and bet using our predictions and tips.

Popular Bets For This Weekend

The sexiest – and probably most important – match of the weekend by a distance in any weekend Premier League betting predictions article.

We have a full analysis of the form and odds of the 21/22 matchday 6 but first a bit of Premier League team news, which should only improve Chelsea’s chances.

John Stones and Aymeric Laporte have reportedly both been ruled out for two weeks with injuries, which would mean they were unavailable for three huge games for City: Chelsea, PSG and Liverpool.

Without two centre-backs, Nathan Ake is the only other senior option to partner Ruben Dias in defence.
In addition, Zinchenko has a calf strain, so City only have Kyle Walker and João Cancelo at full-back.

In midfield Gundogan and Rodri are in recovery, with no set date for their return.

Chelsea’s only injury issue is Christian Pulisic, and they are waiting to hear on Edouard Mendy.
But it is defence that is the problem for City.

This means, according to our Premier League predictions, that the outright win for Chelsea is now more attractive, at 2.62 with Neo.bet, as all this team news increases their odds still further in our eyes, and the Neo.bet odds boost of odds of 5.5 on Chelsea to win and for there to be more than 2.5 goals in the game is yet more tempting.
Lukaku must be dreaming about all the goals he should score on Saturday…

It gives you some idea of the predicted superiority of Bayern Munich that they are being offered with an odds boost (by Neo.bet) at a handicap of 4.5.

However, as The Secret Tipster notes, just because Bayern scored seven last time, they don’t tend to score that many goals away, particularly before an important Champions League match.

We are actually really tempted by the handicap 3:0 at odds of 2.44 with Neo.bet.

See also our main Bundesliga predictions and tips article which has some other nice suggestions on Bayern: notably the 1.72 for Bayern to win both halves. Yes, it is a very conservative bet, but barring something dramatic, it is as near as you are ever likely – from this far out before a football match – to see a bet as a fairly risk free way to win some money.

Another big match here as Serie A leaders Inter Milan prepare to face 4th placed Atalanta.
At EagleBet we do well with our Serie A predictions and this is a match that is hard to resist.

The main thing that interests us here is goals: Inter Milan are to goals what Silvio Berlusconi used to be to bunga bunga parties: there can never be enough.

Inter have scored 18 in just five games. You have to go back to April when they scored less than two goals in a league game.

And it’s a sign you have a confident striker when Edin Džeko can semi-jokingly suggest that his coach must have been drunk to have considered subbing him (well in fairness it would have been for Alexis Sanchez who scored just 11 goals in his first 70 games for the Italian club – not great when you earn €130,000 a week, prompting speculation he could be pursuing his career elsewhere from January).

Anyway, Dzeko proved right about staying on the pitch as he scored in the exciting comeback against Florentina.
Atalanta have won their last two away games and will be a tougher proposition altogether, even though they have scored just a third of the goals as their opponents.

Inter will be without influential midfielder Arturo Vidal (thigh)

We would like the over 2.5 goals but it’s not tempting at odds of 1.71.
However, if you can get Inter Milan at anything around or above 2.00 we would be very tempted.

Wolfsburg may finally have been beaten but they haven’t become a bad team, and in particular their defence remains solid.

So we like the goals market in this one. Both teams struggle for goals so the under 2.5 goals at 2.2 represent quite attractive odds and would be our prediction and tip.

Yes, given it is such a massive international event we decided to make these weekend top tips and predictions a bit different this time by going for golf – or is that politics given current tensions between Europe and America?
As Europe have won 8 out of the last 10 contests against America, and generally seems much better at these “team” competitions, Europe seems generously priced to win this at 3.25. For a fuller analysis please read The Secret Tipster.

Claim Your Welcome Bonus and Bet on the Best Weekend Tips

Grab a welcome bonus displayed on this page and enjoy a winning weekend of bets that we have tipped you above. Then bet on these Premier League, Bundesliga, Serie A and Ryder Cup matches claiming your free bonus using our tips and predictions.