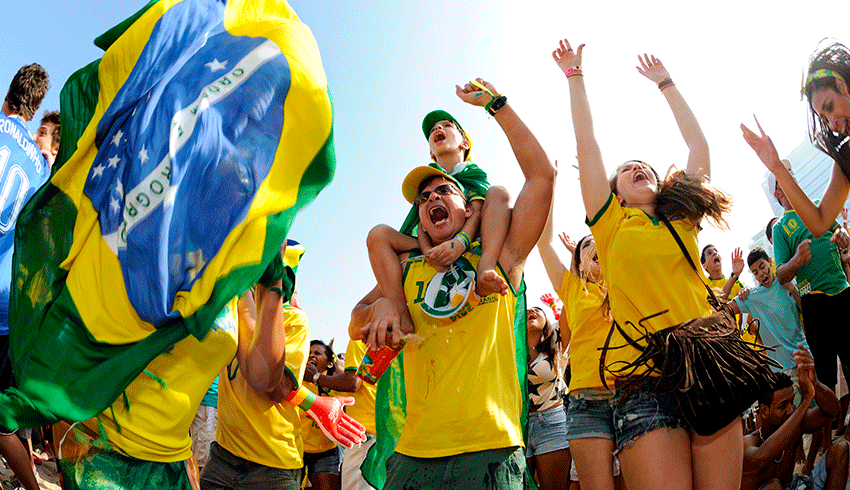 International football has a reputation that can split many football fans across the world. There are those that really enjoy when international football matches take place as they get to see some of the biggest stars perform on the same pitch at the same time, however, there are supporters that do not particularly enjoy the fixtures between a number of national teams and prefer to see their clubs – whether it be football clubs like Chelsea, Manchester City, Liverpool, Bayern Munich, Real Madrid, FC Barcelona and Juventus as they find it a more enjoyable experience.

Indeed, those that appear to prefer club football will likely be more excited about the international football scene when some of the biggest tournaments take places, such as the FIFA World Cup or the UEFA European Championships.

However, there is no doubt that some of these matches can provide some of the best entertainment as there have been a number of big wins and shocking losses to have occurred in this particular format of football.

For instance, the 2020/21 UEFA Nations League match between Spain and Germany in November 2020 was one such match that provided one of the biggest shocks in recent international football matches. Nobody would have been able to predict that the Spaniards would have been able to beat the Germans 6-0 when the two squared off. In addition, an honourable mention should also go to France as they defeated Ukraine 7-1 in an international friendly in October 2020, however, none of these are included in the top 10 biggest wins.

Here are the top 10 of the international football biggest wins from EagleBet:

Australia managed to put 31 goals past American Samoa in 2001 to produce the biggest win that international football has ever seen. The game was a qualifying match for the 2002 FIFA World Cup and saw the Socceroos run out as comfortable winners. Archie Thompson was the man of the match as he managed to set another record in the match with the highest score, as he netted 13 goals in the game – the most to have ever been scored in one match.

Luis Alberto managed to score 8 of the 14 goals scored in this Brazil win back in 1975. The 14-0 win came in the Pan American games that were held across Mexico City, Guadalajara, Toluca and Puebla.

Germany has been involved in a couple of the international football matches that have provided the highest scores, with Die Mannschaft having won the vast majority of them. In 2006, they put 13 past minnows San Marino as Lukas Podolski bagged 4 goals as the Germans continued their fine form after winning the 2006 FIFA World Cup.

The first of three international football matches that feature Tahiti, one of their biggest defeats was to New Zealand in a 2006 FIFA World Cup Qualifying match. The Kiwis showed no mercy to the French Polynesian outfit, with both Vaughan Covey and Brent Fisher bagging a hat-trick each in the 2004 encounter.

Tahiti was on the receiving end of the same scoreline nine years later, as they were beaten 10-0 by Spain in the 2013 FIFA Confederations Cup. The 2010 FIFA World Cup winners and the 2012 UEFA European Champions were in an unforgiving mood as Fernando Torres hit four and David Villa struck three to assert their dominance over the minnows.

1999 saw Spain record a 9-0 victory over Austria whilst trying to qualify for the 2000 European Championships. Raul Gonzalez bagged 4 goals as they pushed a helpless Austria to one side with one of their biggest wins in international football.

Perhaps one of the biggest surprises on this list of top 10 biggest wins in international football, South Africa managed to put eight goals past Australia in Australia. Although the match happened in 1955, it still remains one of the biggest shocks to have happened in international football, with Malcolm Rufus, Harold Paton and Peter Hughes each getting two goals, whilst Cliff Jacques and Ian Palmer got the other two.

Germany wanted to put a show on in the 2006 FIFA World Cup as it was played in front of a home crowd and they followed that desire by recording one of their biggest results in international football. Miroslav Klose was the star of their match with Saudi Arabia, as he managed to score a hat-trick and guide the Germans to an 8-0 win.

The last of Tahiti’s appearances in this list sees them having recorded another big defeat in the 2013 FIFA Confederations Cup competition. Although they were never expected to do too well considering the stature of the nations competing, they would have hoped to have kept the scorelines down. However, an 8-0 defeat to Uruguay ended their participation in a game that saw Abel Hernandez and Luis Suarez put Tahiti to the sword.

England defeated San Marino 8-0 in March 2013 during their 2014 FIFA World Cup qualifier as men like Frank Lampard, Wayne Rooney and Jermain Defoe all got themselves on the scoresheet to record England’s biggest win since 1987.