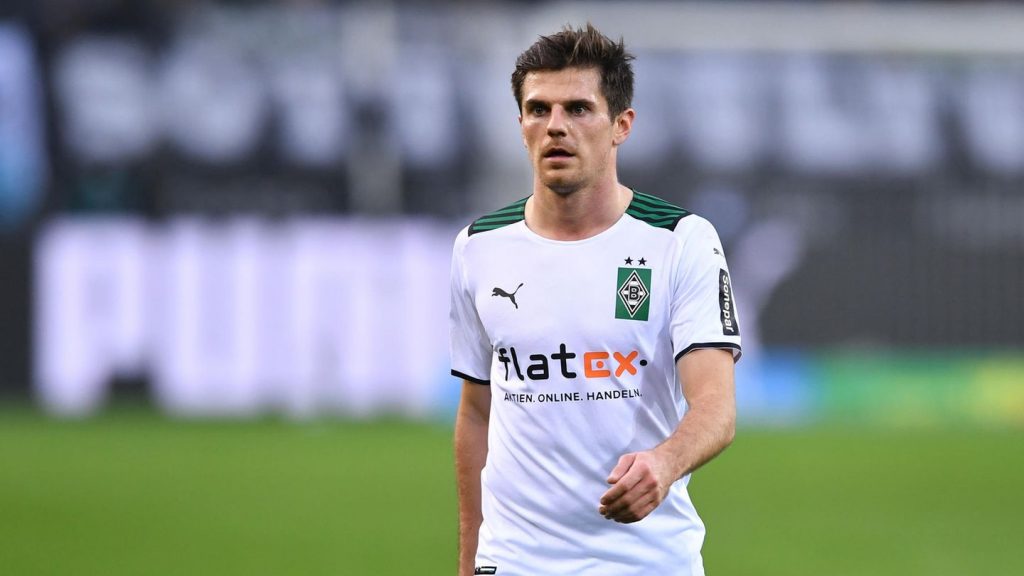 In the evening fixture of this Saturday’s offering in the 2021/22 Bundesliga, VfL Borussia Mönchengladbach is set to host Hertha BSC at Borussia-Park for their Matchday 26 clash. Having taken a mere 8 points since the midseason-interval, M’Gladbach is placed just 4 points above the drop-zone in 13th position. Hertha remains in 16th spot having collected just 2 points since the winter-break.

What are VfL Borussia Mönchengladbach Odds against Hertha BSC ?

What was VfL Borussia Mönchengladbach Performance on the last 5 Bundesliga matches ?

Borussia M’Gladbach is a surprisingly hefty favourite in this contest bearing in mind that it has earned only 2 wins from its previous 12 league-fixtures.

Adi Hütter has some injury plus suspension issues to consider and may have to stick with the 4-3-3 system from the last match. Yann Sommer has been superb in goal despite M’Gladbach having the 3rd worst defence in the Bundesliga.

Ramy Bensebaini is unavailable so Matthias Ginter and Nico Elvedi will form the centre-back duo with Luca Netz doubling as a left-back with Joe Scally on the right.

With the departure of Denis Zakaria this January, Christoph Kramer has once again established himself as a first-choice at the heart of the midfield alongside Kouadio Koné while Florian Neuhaus plays slightly further up as a more creative force. According to out Bundesliga betting tips team Marcus Thuram may get the nod over Breel Embolo for the centre-forward role with Jonas Hofmann and Alassane Plea as the two strikers on the wings.

What are Hertha BSC Odds against VfL Borussia Mönchengladbach ?

What was Hertha BSC Performance on the last 5 Bundesliga matches ?

Hertha Berlin is in stark danger of dropping deeper into the relegation-mire as the only team in the Bundesliga without a victory during this calendar year.

Manager Tayfun Korkut will be desperate for a change of fortune although he will probably employ the 4-3-3 system that he has used rather often latley. In goal, Marcel Lotka will deputise for Alexander Schwolow who is sidelined with Covid-19 for another week. Dedryck Boyata and Nilkas Stark are likely to be the centre-back pairing with Peter Pekarík and Maximilian Mittelstädt as the fullbacks.

Lucas Tousart will act as the anchorman in the middle of the park with Suat Serdar and Vladimír Darida as the two attacking midfielders of the side. Finding the right combination up front will be key with Hertha having the worst scoring-record at home in the Bundesliga. Stevan Jovetic could take the centre-forward position with Ishak Belfodil and Marco Richter starting on the wings.

M’Gladbach has scored 2 or more goals in 6 of its 12 home-games but it has also conceded at least 2 goals in each of those last 6 matches.

So Hertha might get a couple of goals here but it has conceded 20 times in its previous 6 outings.

Thus far, M’Gladbach has managed to open its account inside the first 45 minutes in 10 of its 12 home-games this season.

Hertha has conceded a 1st half goal in 10 of its previous 14 previous Bundesliga matches while scoring only 3 in reply.

Despite a 4-match losing-streak at home, M’Gladbach has picked up 5 wins from 12 home-games but with only 2 clean-sheets.

Hertha should open its tally as well although it has let in at least 2 goals in 9 of its 12 league-matches on the road.

Having recovered somewhat from a dreadful slump, M’Gladbach should take all the points against Hertha, the worst team in the Bundesliga on current-form.