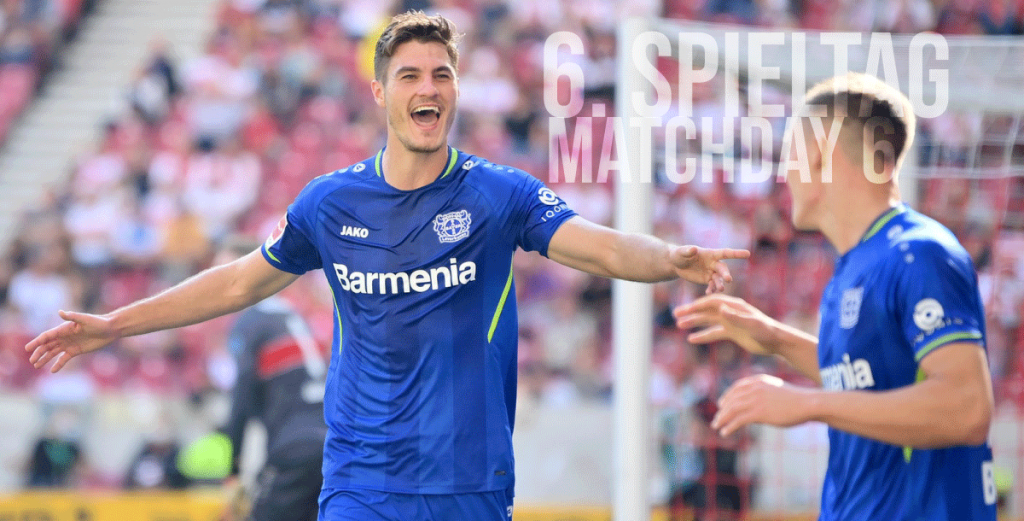 Round 6 of Bundesliga starts on Friday with Bayern Munich at the top of the standings with 13 points and ahead of Wolfsburg with a vastly superior goal-difference.

Bochum and Greuther Fuerth continue to languish at the bottom of the table while Borussia M’gladbach has joined them after yet another defeat.

The result looks like a foregone conclusion already with Greuther Fürth at the rock-bottom of the Bundesliga and Bayern coming into their stride with 4 straight victories. Yet there are some fine betting-markets for the punters to go in for in this fixture.

Bayern scored 6 goals last week and should rack up another huge win so the 2.00 offer for over 2.5 goals in the 2nd half is a more than decent option. Bayern have scored 3 goals in the last 45 minutes of their last 4 matches and Greuther Fürth might also nick a late consolation.

At any rate, Bayern should utterly dominate this encounter and there is a pleasant 1.72 offer for the away-team to win both halves. The home-side has never scored a goal against the champions so the 2.10 price for Bayern to win to nil is another attractive line.

Hoffenheim may just be the slight underdogs according to the bookmakers but they have failed to win their last 4 matches. Wolfsburg had their 4-game winning start to the season curtailed last week but they are still unbeaten in the Bundesliga.

With only 2 goals in their 2 home-games, Hoffenheim seem unlikely to break the Wolfsburg defence which has kept 3 clean-sheets already and conceded just 2 times so far. Therefore, it is a good choice to go for under 2.5 goals at a 2.20 price in the match.

It will also be a good option to bet on the 2nd half at 1.95 for the Half with Most Goals market. Wolfsburg has scored 5 of their 7 goals in the 2nd half and Hoffenheim has conceded the same amount as well. The 1.86 price for the away-side to score the first goal also looks like a good option.

This should be a much closer affair than the odds would suggest with both sides making an impressive start to the 2021/22 Bundesliga season. The two teams are locked together with 10 points after clinching 3 wins each from the first 5 fixtures.

Bayer Leverkusen is averaging 3 goals per game at the moment but they will have difficulty getting past the joint-best defence in the league that has let in just 2 goals. Mainz themselves have only scored 7 times this season so 2.20 offer for under 2.5 goals seems a good bet.

However, Leverkusen might snatch the win having scored 7 goals in the 2nd period. This makes the 2.20 price for 2nd Half to be the home-team’s highest scoring half an astute choice. Odds of 2.75 on the double chance for a Bayer Leverkusen win or draw with less than 2.5 goals is one to take note of, too.

This match provides a good opportunity to make some bold yet calculated moves on the betting-markets. The bookies favour Leipzig heavily although they are currently in 12th position while Hertha is hardly given any chance to win, perhaps rightly, despite being 4 places further on in the league-table.

Leipzig is the superior side but they have suffered 3 defeats in 5 matches thus far. Hertha may be ahead in the table but only by a couple of wins against the bottom-2 teams and started the season with 3 straight defeats. The odds for a draw look attractive but it is perhaps best to stay away.

Hertha will travel to Leipzig with one of leakiest defences in the Bundesliga so one can decide to bet on the 2.20 line for over 2.5 goals from the home-team. The level-pegging 2.00 odds for Leipzig to score a goal in both halves of the match can also be added to the list.

Despite having home-advantage, Borussia M’gladbach is a big underdog in this contest having made a dreadful start to the 2021/22 campaign after a 3rd loss of the season last week. On the other hand, Borussia Dortmund is inching closer to the top after securing their 3rd win in a row.

Thus far, Dortmund has registered at least 3 goals in all of their 4 victories this season. But M’gladbach should also score at least once in the match as Dortmund is yet to keep a clean-sheet in their 5 matches. So choosing the 2.40 offer for over 2.5 goals appears to be a fairly safe bet.

Also the 1.65 odds for the away-side to score in the 2nd half looks a sure-fire outcome having scored netted a goal in the latter-period of every match till now. At the same time, it will be a good choice to go for Dortmund to scorein both halves at charitable odds of 2.10.

Find the biggest betting offers and other free bets here at EagleBet and boost your odds with our partner online bookmakers.

All odds are subject to change.
Play Responsibly, 18+