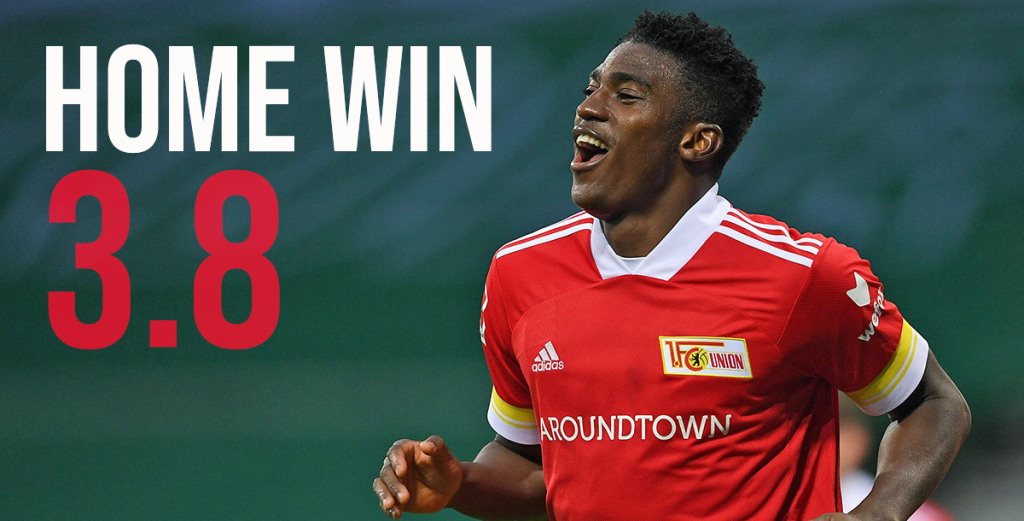 Another week, another set of the best Bundesliga Betting Tips. Matchday 22 of the 2021/22 Bundesliga campaign gets underway this weekend following a few momentous results in the previous round. The title-race may well be a foregone conclusion now but the tension at the bottom-end has intensified further with as many as 8 teams involved in the relegation-fight.

Bayern München has regained its 9-point advantage at the top of the table over 2nd placed Borussia Dortmund after extending its tally to 52 points at the end of Matchday 21. Bayer Leverkusen remains in 3rd position with 38 points while Union Berlin 4 points further back in 4th spot. Freiburg and Köln comprise the rest of the top-6 at the moment.

At the opposite end of the table, Greuther Fürth, Stuttgart and Augsbrg are still the 3 teams occupying the bottom-3. But Arminia Bielefeld, Borussia M’Gladbach and Hertha Berlin are in immediate peril of sliding into the drop-zone at the end of the week.

Leipzig dropped down to 7th after taking to its 2nd defeat under the new manager in spite of a strong display away to the champions. Köln moved up to 6th spot once again after grabbing a vital home-win against a top-6 side.

To our Bundesliga betting tips team, staying with the home-side for the Match Result & Both Teams to Score at 2.65 is the best choice. Leipzig has taken 8 wins from 11 matches at the Red Bull Arena but only 1 clean-sheet in its last 7 home-games. Köln is unbeaten through its last 5 away-fixtures but all against teams in the bottom-half and is yet to get a clean-sheet on the road.

The 1.85 price on Both Teams to Score & Over 2.5 Total Goals offers a safe pick with decent returns. Leipzig has the 3rd best scoring-record on home-turf this season with an average of nearly 3 goals per game. At the same time Köln has scored 10 times in its last 5 Bundesliga matches on the road, so it should get on the score-sheet as well.

Despite being in 11th spot, Bochum hangs just 3 points above the drop-zone due to its poor form over the past couple of months. Bayern recovered its 9-point lead at the top courtesy of 8 victories in its last 10 Bundesliga games.

In the view of our Bundesliga betting tips experts, the 2.25 price on the away-team in the Win Both Halves market looks a welcome offering. Bochum has a respectable home-record which contains just 2 defeats, yet it has earned only 1 win from its last 4 matches at Ruhrstadion. Bayern has 8 wins in its last 10 away-matches, scoring at least 3 goals in each victory.

For a more secure bet at shorter odds, the 1.88 line on the away-team and No for the 1st Half Result & Both Teams to Score market is a fine pick. Bochum has scored a goal within the opening 45 minutes in just 4 of its 10 home-games this season. Bayern has netted a goal inside the 1st half of all 10 away-games and has conceded only 11 times on the road so far.

Despite picking up just 2 wins from its last 7 Bundesliga matches, Freiburg has held on to 5th spot for another week. Mainz has been quite erratic lately which puts the club outside the top-half in 10th position at the moment.

Our Bundesliga betting tips team would suggest taking the 2.10 offer on the home-team for the Match Result. Freiburg has collected 7 points from its last 3 home-matches despite being on an indifferent run. But Mainz has been simply awful on the road this season having tasted 8 defeats in its 10 away-matches including its current 5-match losing-streak.

The 1.75 price on the Both teams to Score market gives a fairly safe bet with decent takings. Although Freiburg relies heavily on its defensive tactics, it has managed to get only 2 clean-sheets from its 10 home-games thus far. While Mainz has been terrible on the road this season, it has failed to get a goal in only 1 of its last 7 away-games.

Half Time/Full Time: Freiburg/Freiburg at 3.50 on Zodiac Bet
2nd Half Result & Both Teams to Score: Draw & Yes at 6.00 on Zodiac Bet

This fixture will be a crucial tie for both sides in their bid for Bundesliga survival. Borussia M’Gladbach is only a point above the relegation-zone and Augsburg can move over them in the standings with a win.

For this encounter, our Bundesliga betting tips team would recommend the 2.20 offer on the Double Chance for a draw or away-win. Although M’Gladbach is the huge favourite, it has taken just 5 points from its past 9 league-matches including a 4-game losing-run at home. Augsburg has 9 points from its last 7 matches and also improved its away-form despite losing the last 2 games.

Union Berlin was able to hold on to 4th position in the Bundeliga table despite taking a defeat last weekend. Borussia Dortmund went down to a more consequential loss which put it 9 points behind the league-leaders.

Our Bundesliga betting tips team would suggest the 2.33 offer on Over 1.5 Goals for the home-side. Union Berlin has a reliable scoring-record and has netted at least 2 goals in 6 of its home-games. Moreover, Borussia Dortmund has not yet earned a clean-sheet on the road in this Bundesliga campaign and has conceded 9 goals in its past 3 away-matches.

The 1.80 line on the Double Chance for a home-win or draw provides a solid bet for this fixture as well. Union Berlin has picked up 6 wins from its 10 home-games with only a lone defeat coming against the reigning champions. Dortmund has only taken 5 wins from its 10 Bundesliga matches on the road with its 4 away-defeats being a pivotal factor in the title-race.

Lilibet, Jet10, and other great online betting bonuses. Check the best sports betting offers we have for you.