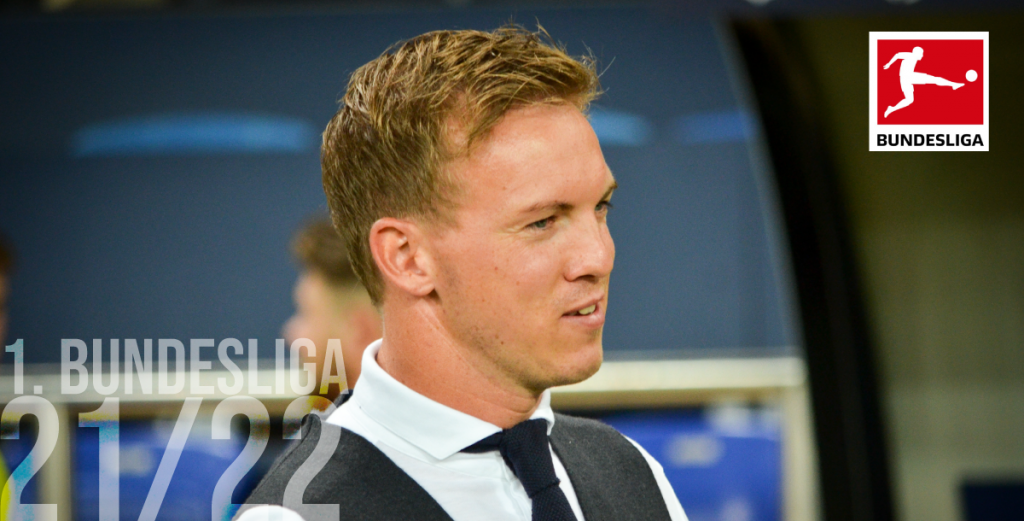 To say Bayern Munich are strong favourites to win the 1.Bundesliga in 21/22 would be the understatement of the decade – because they have lifted the title every year since 2012.

Outright Favourites To Win The 1. Bundesliga 21/22?

The German Bundesliga is starting to resemble elections in Russia – anyone can win, as long as it’s Vladimir Putin.

It is no coincidence that the bookies have already installed Bayern Munich – to be powered by a fully fit Leroy Sané – as overwhelming outright favourites to win the Bundesliga yet again, and we are still in the close season.

They also could be helped by Sergio Ramos, who as already noted, would be one of the great free transfers, even though PSG seems to be leading the odds in this run.

But we should not disrespect the rest of the Bundesliga football teams. There are a lot of very strong teams there, and just as all great empires eventually face decline and fall, a season will come when Bayern do not win the Bundesliga.

So which club – if any – can stop the Munich giants winning the title yet again, and lift the national first division’s trophy in 2022 themselves against all odds?

Borussia Dortmund Is The Main Contender After Bayern

Dortmundare predicted to be second favourites to lift the Bundesliga trophy in the outright odds, albeit some way behind Bayern Munich who are such strong favourites.

In third are RB Leipzig, in joint fourth areBayer Leverkusen and Borussia Monchengladbach to win the Bundesliga.

Next favourites to win the title according to the odds are Eintracht Frankfurt and Wolfsburg.

Below that it becomes a bit “Fantasy Bundesliga” to lift the trophy, if you know what EagleBet means.

New Managers & Transfers To Consider For The Bundesliga 21/22

Bayer Leverkusen have some exciting young players and will be strong. Though decent, Wolfsburg could struggle with the extra burden of Champions League matches.

RB Leipzig will have a new manager, so perhaps it will be a season of transition for them and they will probably push for a Champions League spot.

Dortmund, meanwhile, are clearly the strongest challenger and you could well see them win the 1. Bundesliga, but is this a season too early? Probably.

Biggest Transfers For The German 1. Bundesliga 21/22 So Far

Bayern of course have a new manager (along with a lot of top Bundesliga clubs) but the machine is just too strong to let a mere manager interrupt their groove.

Die Roten has already signed French international defender Dayot Upamecano from RB Leipzig for almost €40 million. Along with Upamecano, Nianzou Kouassi will feel like a new signing after an injury plagued season.

In short, Bayern Munich look so strong, probably the only real surprise is that we are even debating their chances.

But being such strong favourites to win the Bundesliga title also means, of course, that the betting odds are not exactly generous.

Other Bundesliga 21/22 Markets To Bet On

As such, some of the more interesting markets are around who will finish second and who will qualify for the Champions League.

If you have to bet on anyone to win the Bundesliga other than Bayern Munich, we would go for Dortmund. But study the second place and Champions League options.

Claim a welcome bonus from one of the partners we have negotiated a special deal with on your behalf, bet on the Bundesliga 21/22 and sit back and follow the results and match day odds, predictions and previews right here on EagleBet.