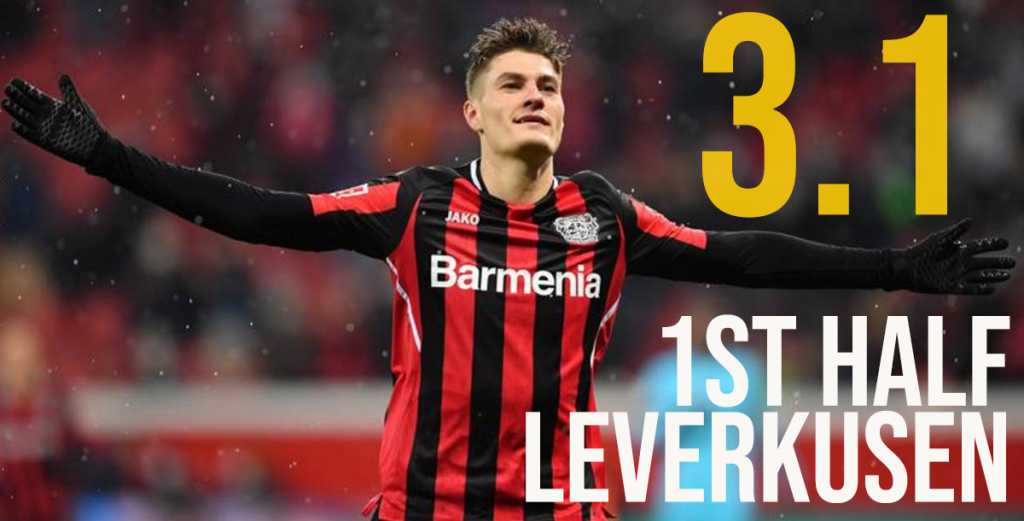 With the 2021/22 Bundesliga campaign resuming following the winter-break, Matchday 19 promises some exciting fixtures to look ahead to this weekend. Bayern München comfortably leads the league-standings with 43 points despite starting the New Year on the wrong foot. Borussia Dortmund has narrowed the margin down to 6 points with Hoffenheim, Freiburg and Bayer Leverkusen making up the top-5 positions. Meanwhile Augsburg, Arminia Bielefeld and Greuther Fürth are still languishing in the drop-zone.

After falling away in title-challenge last month, Dortmund began the 2nd half of the campaign with a fine comeback-victory. The biggest surprise-package of the season, Freiburg is on 4th spot with just 2 wins from the last 8 games.

Our Bundesliga betting tips experts believe the 2.32 offer on Over 3.5 Total Goals to be worth taking a shot in this fixture. Dortmund has scored at least 2 goals in every home-game this season but has kept just 2 clean-sheets in 8 matches. Freiburg enjoys a pretty good scoring-record on their travels and has scored 12 times in the past 6 Bundesliga games.

The 1.72 Bundesliga Football Predictions on the home-side for the 2nd Half Result seems a decent bet as well. Dortmund has managed to get a goal during the final 45 minutes in 7 of its 9 home-games. On the other hand, Freiburg has scored just 4 times during the latter-period of their 9 away-matches this season.

Half Time/Full Time: Draw/Dortmund at 4.00 on Zodiac Bet
1st Half Correct Score: Dortmund 1-1 Freiburg at 7.25 on Zodiac Bet

With its tally of 28 points after Matchday 18, Union Berlin currently holds 7th position in the Bundesliga table. Hoffenheim lies 4 points ahead in the standings and are enjoying their best run of the season at the moment.

In the opinion of our betting tips team, the 1.95 Bundesliga Football Predictions on over 1.5 Goals for the home-side makes a good bet here. Union Berlin averages less than 1.5 goals per game yet it might nick a couple of them in this encounter. Hoffenheim is enjoying a fine spell in the opposition-box yet it has conceded 15 goals in the previous 6 away-matches as well.

The 1.86 odds on Both Teams to Score looks another decent option in this clash. Union Berlin has been unable to open its account in just 2 of its 9 home-games thus far. At the same time, there have been more than 3 goals scored in 7 of the 9 away-matches for Hoffenheim.

Having ended last year on a high note, Köln has maintained its form after the winter-break to stay in the top-6 spots of the Bundesliga. Bayern look to return to winning-ways after a surprise home-defeat to start the New Year.

The 2.64 offer on Over 2.5 Goals in the 2nd Half would be the suggestion of our Bundesliga betting tips experts. Köln has netted 18 times in its 9 home-games in of which 16 have been scored during the latter-period. In addition to this, Bayern München has scored 11 goals in the last 45 minutes of its previous 6 league-matches.

Anyhow, the 1.69 odds on Over 3.5 Total Goals allows for a safer bet at a reasonably shorter price. At present, Köln averages 2 goals per game this season having failed to score in only 1 home-game. Moreover, Bayern has managed to score 3 or more goals in 7 of its 9 league-games on the road.

M’gladbach bagged a valuable win to start the 2nd half of the Bundesliga campaign after a wretched end to last year. Bayer Leverkusen stays in 5th position having failed to take a victory from the past 4 league-games.

To our Bundesliga betting tips team, the 2.18 offer on Over 3.5 Total Goals is a good bargain in this fixture. There have been 3 or more goals in 5 the past 7 league-matches featuring Borussia M’gladbach. Furthermore, the outcome has produced more than 3 goals in 5 of the previous 7 league-games containing Bayer Leverkusen.

The 1.65 odds on Over 2.5 Total Goals & Both Teams to Score also looks a fine pick. M’gladbach has failed to open its account in only 1 of its past 6 matches but it has not earned a single clean-sheet in this time. Leverkusen has also been unable to retain a clean-sheet in its last 6 league-games.

For these two sides at the bottom of the Bundesliga table, it is a massive clash in order to avoid relegation. Having collected 17 points so far, Bielefeld can jump out of the drop-zone but Furth need a win at all costs to stay alive.

The 2.05 price on 2nd Half to be the Half with Most Goals is the counsel of our Bundesliga betting tips team. Although Bielefeld does not get a lot of goals, it is in good form having netted 8 times in the last 5 matches with every one of those being scored in the 2nd half. Meanwhile, Greuther Fürth has let in at least 2 goals during the 2nd Half in 6 of its 9 away-matches.

The 2.10 odds on the home-side for the 2nd Half Result is another viable pick for this clash. Bielefled has stayed unbeaten in the last 3 matches having scored a couple of 2nd half goals in each clash. Greuther Fürth has conceded 21 goals in the 2nd half of its 9 away-matches while only scoring 4 in return.