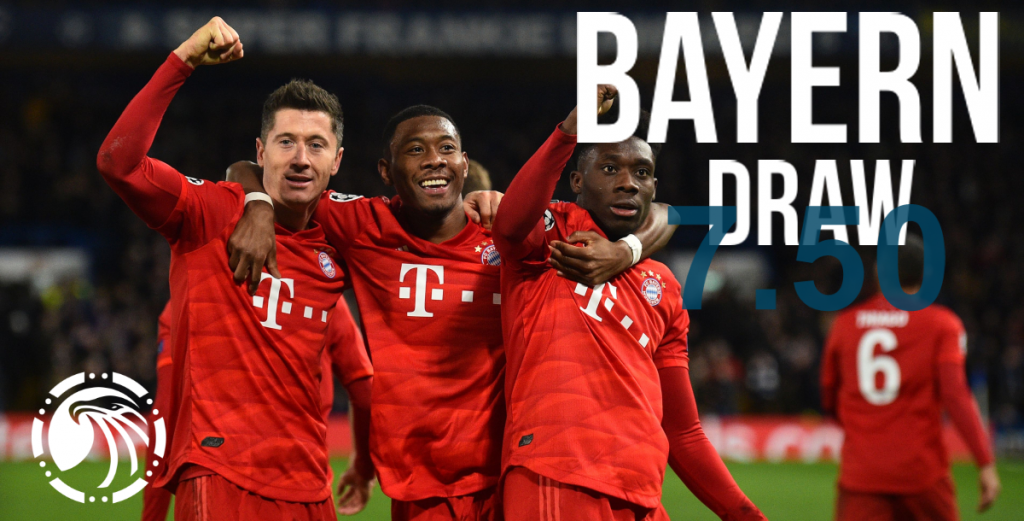 The 2021/22 Bundesliga campaign reaches its midway-point with Matchday 17 coming up this weekend before the season takes a 3-week long winter-break until next year.
With 40 points from 16 matches, Bayern München owns a 6-point lead over 2nd placed Borussia Dortmund at the top of the league-standings. Bayer Leverkusen lies 6 points further off in 3rd position with Hoffenheim trailing by another point to currently occupy 4th spot in the Bundesliga standings.

In the relegation-zone, Greuther Fürth already seems destined for the drop having only picked up 1 league-win so far. However, Arminia Bielefeld and Augsburg have a fair chance of success in their respective survival-bids.

Only halfway through the season but Bayern has taken full charge of the Bundesliga after taking 8 wins from its last 10 matches. Wolfsburg stays in the bottom-half having earned just 8 points off the previous 12 fixtures.

To our team of Bundesliga betting-experts, the 2.05 offer on the home-side for a Clean Sheet shows good promise. Bayern has improved defensively of late having protected 3 clean-sheets in its past 6 games in all competitions. Moreover, Wolfsburg is having a difficult task in getting goals for the team having scored just 3 times in its last 4 league-matches.

A 2.10 price on the home-team to Win Both Halves looks a decent option, too. Aside from being the biggest-scorers, Bayern has conceded just 6 goals in its 8 home-games this season. Wolfsburg has conceded in every half of its past 5 league-games while only scoring just 5 times during this time.

Lying 13 points off safety, it is a must-win situation for Greuther Fürth up against another side in the drop-zone. After taking 8 points from its last 5 fixtures Augsburg will view this match as a ticket out of the bottom-3.

Our Bundesliga betting tips team would recommend taking the 1.72 line on Both Teams to Score. Greuther Fürth has scored in 6 of its last 8 league-matches but took its only clean-sheet en route to its first win of the season in its previous home-game. Augsburg has failed to score in only 1 of its past 10 matches but has managed just 1 clean-sheet in this period.

Over 1.5 Goals for the away-side at a healthy price of 2.25 feels a good bet for this clash as well. While Greuther Fürth has the weakest defence by a fair distance, it has also let in 20 goals in the past 5 matches. Moreover, Augsburg found its shooting-boots lately scoring 8 goals in the last 5 games.

Currently on a 5-match unbeaten-run, Hoffenheim has pushed into the top-4 courtesy of 6 wins from its past 9 league-matches. M’gladbach has taken 4 losses on the spin which leaves the club only a point above the drop-zone.

For this encounter, our betting-experts have honed in on the 1.80 line for Over 1.5 Goals by the home-team. Hoffenheim has scored at least 2 goals in each of its 5 home-games through this present run of hot form. On the other hand, M’gladbach is in utter disarray at the moment after shipping in 16 goals during its previous 4 matches in the Bundesliga.

The 2.70 price on the home-team to Score in Both Halves gives a fine chance to cash in on a bargain. Hoffenheim scored in both halves to take successive victories in each of its last 5 home-games. M’gladbach has won 6 of its 8 matches on the road and has let in 10 goals in the last 4 away-games.

Having taken just 1 win from its last 7 league-matches, Hertha Berlin only lays a point above the bottom-3 teams in the Bundesliga. Dortmund has a stiff climb in the title-race after getting just 3 wins from the past 6 games.

Taking the 2.30 offer on the Double Chance for a home-win or draw is worth a shot according to our betting-team. Hertha relies hard on its home-form and is undefeated through the past 4 league-matches at Olympiastadion. At the same time, this Dortmund side has struggled on its travels with the club collecting a mere 10 points from its 7 Bundesliga games on the road.

The 1.65 line on Both Teams to Score also holds strong conviction at a reasonably smaller price. Thus far Hertha has not failed to open its account in any of its 7 league-games on home-turf. Also, Dortmund is yet to earn a clean-sheet on the road in this Bundesliga campaign.

Bundesliga Extra Betting Tips
Draw No Bet: Hertha at 3.70 on 888Sport
Half Time/Full Time: Draw/Draw at 6.90 on 888Sport
Prediction
Hertha 1-1 Borussia Dortmund at 7.50 on Zodiac Bet

Freiburg has been dealt 4 losses in its previous 6 league-matches although it does stay in 5th position for the time being. Bayer Leverkusen kept hold of its 3rd spot despite failing to win its last 2 Bundesliga matches.

Over 1.5 Goals for the away-team at odds of 2.05; this is the standout bet in this clash for our Bundesliga betting-experts. Besides keeping only 1 clean-sheet at home, Freiburg looks defensively susceptible after conceding 8 goals in its past 5 matches. At the moment, Leverkusen is averaging 2.5 goals per game on the road while scoring 2 or more times in 6 of its 8 away-matches.

The 1.80 price for the away-team in the Draw No Bet market is another good option here. After a fantastic start to the season, Freiburg has lost its strong form after taking only 1 win from the last 6 matches. Leverkusen is in much better shape with 4 wins and only 1 defeat in its previous 8 away-games.

There’s always a welcome offer on EagleBet – such as ZodiacBet – and you can use our Bundesliga betting tips in our regular Bundesliga Betting Guides to bet on the 1. Bundesliga. Odds subject to change.