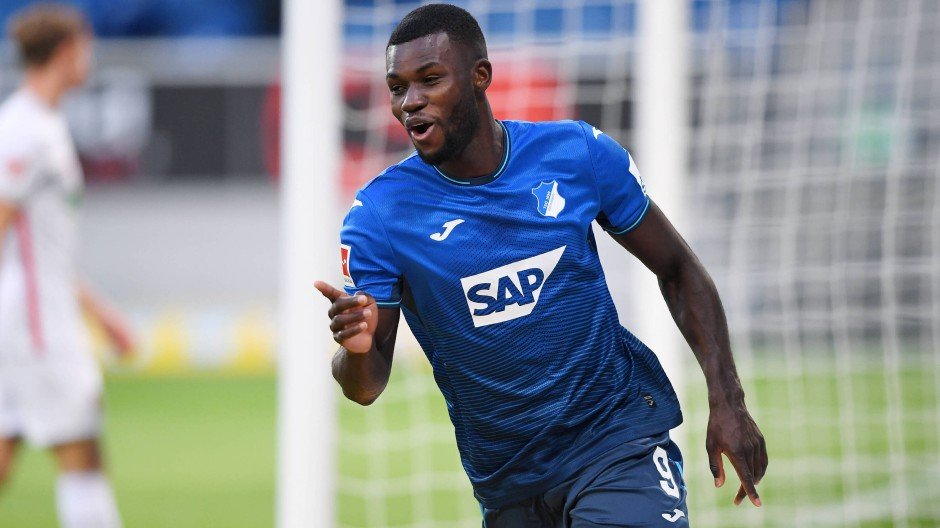 For Matchday 26 of the 2021/22 Bundesliga campaign, Hoffenheim will play hosts to reigning champions Bayern München at PreZero Arena on Saturday afternoon. Hoffenheim leads the charge amongst the teams challenging for 4th spot in the league-table. Bayern has a 9-point advantage at the top of the table with only a handful of fixtures remaining in the season.

What are TSG Hoffenheim Odds against Bayern Munich ?

What was TSG Hoffenheim Performance on the last 5 Bundesliga matches ?

After 3 straight losses following the winter-break, Hoffenheim responded with a 4-match winning-run to steal a march over its rivals in the race for top-4.

Despite having a number of injury-issues, Sebastian Hoeneß will have nearly all his first-choice personnel available which he might set up in a 3-4-1-2 system. With Oliver Baumann between the sticks Florian Grillitsch, Stefan Posch and Kevin Akpoguma are likely to form the backline of the Hoffenheim defence which has kept just 2 clean-sheets in the last 10 league-fixtures.

Our Bundesliga betting tips believe that, however, Hofffenheim has done quite well in the opposition-half with an average of over 2 goals per home-game. Diadié Samassékou and Angelo Stiller are going to be the two enforcers in the centre of the park. Pavel Kaderábek will start from the right-flank with David Raum on the left. Christoph Baumgartner is going to be the creative midfielder behind the two strikers Andrej Kramaric and Ihlas Bebou.

What are Bayern Munich Odds against TSG Hoffenheim ?

What was Bayern Munich Performance on the last 5 Bundesliga matches

Bayern is not in its usual pomp at the moment and will have to prepare for this clash following a crucial Champions League tie in the midweek.

Julian Nagelsmann should field his side in his favoured 4-2-3-1 formation despite some notable injury absentees. Sven Ulreich could resume in goal for Bayern although Manuel Neuer has returned to the squad. But Alphonso Davies remains absent so Omar Richards may start on the left side of the defence and Benjamin Pavard on the right with Niklas Süle and Dayot Upamecano as the centre-backs.

As our Bundesliga betting tips could find out Leon Goretzka and Corentin Tolisso are both on the treatment-table as well to give Marcel Sabitzer an opportunity to make a rare start in the middle of the park along with Joshua Kimmich. Serge Gnabry will probably feature on the right-flank with Leroy Sané on the left-wing. Robert Lewandowski will be the main striker ahead of Thomas Müller who is enjoying a vintage campaign so far.

Hoffenheim has 8 wins and just 2 defeats in its 12 home-games and has also won 2 of the last 5 league-meetings. Bayern has got just 2 wins from its last 5 matches in all competitions and might be distracted by the Champions League clash.

Bundesliga Matchday 26 Betting Tip -Home-form has been quite solid for Hoffenheim having scored 2 or more goals in 10 of its 12 league-matches on home-turf. Moreover, Bayern has suffered some key injuries at the back and has let in 8 goals in its past 5 Bundesliga matches.

Win Either Half: Hoffenheim

Bundesliga Matchday 26 Betting Tip -Hoffenheim has scored 25 times during the last 10 Bundesliga matches at home with 4 clean-sheets. Bayern has faltered on quite a few occasions this season with 2 defeats in the last 7 league-matches on the road while conceding 9 goals.

A stalemate could be on the cards here as Hoffenheim has looked a solid team at home while Bayern seems a slightly lacklustre side at the moment.

You like betting. Just like us. It is actually our profession, so please read carefully our Bundesliga betting tips, and don’t forget to check the latest betting bonuses we have for you. Subscribe to our newsletter for exclusive deals and tips.