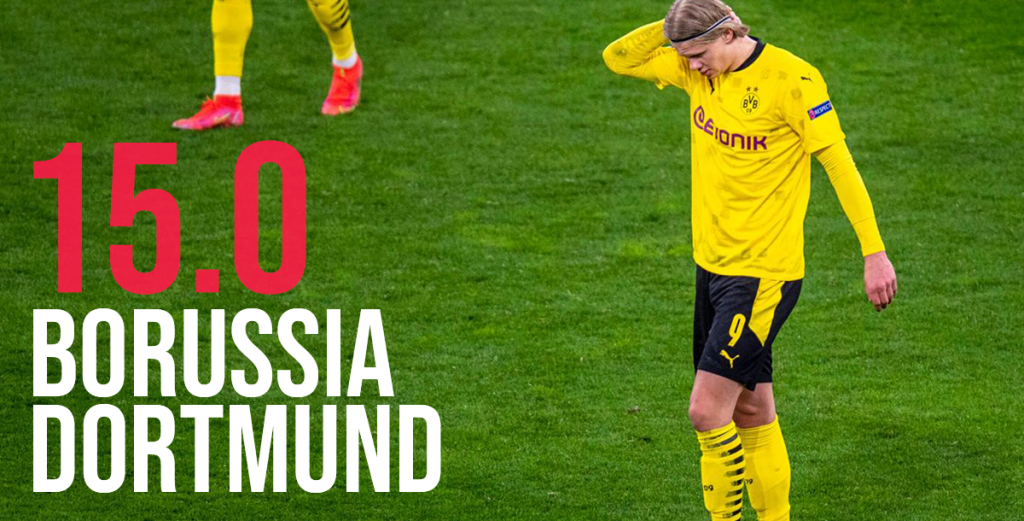 Who can win the Bundesliga ? Will Bayern be the champion again ? This is what we will answer in our Bundesliga Predictions of the week.

There is no action in the 2021/22 Bundesliga campaign during this weekend as the season heads into the last international-break before the end of the season in about 6 more weeks.

With only 7 more rounds still left to play, we take a glimpse at how the league-table stands for the moment and look ahead towards the finish-line as we reach the business-end of the season.

With a tally of 63 points at the end of Round 27, Bayern München is seemingly marching to its 10th straight Bundesliga crown with a strong grip at the top of the standings. The record-champions are blind favourites for the bookmakers, with the betting-odds shortening down to a bare 1.03 on Zenbet Bet, although recent form is rather erratic by their magnificent standards.

Since the winter-break, Bayern Munich has notched just 6 wins from 10 league-matches in the year 2022, with only 3 wins in its past 6 fixtures. Yet they still were outside the striking-distance of its closest challengers all throughout this time. Having a substantial lead on its hands, it is clear why the bookies place unbending faith on Bayern Munich to have enough in the tank to get over the finish-line devoid of any stress.

While there are a few notable absentees in the squad, Bayern Munich do not have a long injury-list, but the UEFA Champions League tie against Villareal could provide a distraction.

Nonetheless, only 2 opposition-teams from its remaining 7 league-matches currently reside in the top-half of the table and avoiding a defeat in Der Klassiker at home to Borussia Dortmundon 22nd April might secure the title.

2nd placed Borussia Dortmund is presently 6 points behind the league-leaders in but the odds have moved up to 15.0 on Zenbet Bet even though it is in better form than the champions at the moment. After ending last year poorly, Dortmund has 7 wins with only 1 defeat from its 10 league-matches in 2022 with an ongoing 6-game unbeaten-run to be in excellent shape to make a last-gasp effort to the title.

But Dortmund still failed to cut down its deficit extensively to mount any severe pressure on the league-leaders and time is now a scarce quantity with a meagre 7 fixtures remaining in the season. The injury-list is quite lengthy although it is not entirely uncontrollable but having no other trophy to fight for might be a good thing in disguise if they do conquer the mountain of a challenge in front of them.

Still, the fixture-list lies in its favour with most of the matches coming up against sides in the bottom-half of the table. RB Leipzig at home is up next; one of the two colossal ties along with the excursion to the Allianz Arena in about a. Getting a win at Bayern Munich in Der Klassiker is a bare minimum in order to keep the title-race going to the end, if it remains alive until this mouth-watering tie.

The Bundesliga 1 Race for Top-4

Our Bundesliga Betting Predictions think the race for a top-4 position and a berth in the next season’s UEFA Champions League is brewing quite nicely over the past few weeks. In this 4-way scrap for two spots as Bayer Leverkusen, Leipzig, Freiburg and Hoffenheim are currently separated by just 4 points in the league-table.

Bayer Leverkusen came out of the blocks strongly when the campaign restarted after the midseason-interval but 2 wins in the last 5 matches and considerable injury-issues gives a grim picture for the rest of the season. But a vital win last week kept the club in 3rd spot with a 3-point cushion.

Our Bundesliga Betting Predictions think a dazzling run of form including 7 wins from 10 league-fixtures makes Leipzig one of the hottest teams in the Bundesliga at present. After a terrible 1st half to the campaign under Jesse Marsch, Leipzig is blooming under new its head-coach Domenico Tedesco and finishing inside the top-4 is a concrete possibility now.

At the moment, Freiburg is level with Leipzig on 45 points even if it has a much lower goal-difference. Despite a superb start, Freiburg failed to capitalise due to a shaky 3-month in the middle of the season. The ongoing 6-match unbeaten-run has revived the form but it may still fall just short of 4th spot at the end.

Only a point behind 4th position, Hoffenheim is in the race for top-4, too, but its chances are slimming swiftly. After a slow start, Hoffenheim posted a couple of remarkable winning-streaks to challenge for the top-4 spots.

But irregular form coupled with a permeable defence is taking its toll in the long-run.

At the back-end of the Bundesliga table, Greuther Fürth is joined by Arminia Bielefeld and Hertha Berlin in the relegation-zone. Nevertheless, Augsburg and Stuttgart are in the relegation-battle as well, with only a superior goal-difference keeping them from sliding into the bottom-3.

After taking just 5 points in the 1st half of the season, an immediate return to the 2.Bundesliga was looming large for Greuther Fürth. In spite of adding 10 more points to its total, an 11-point margin to safety with only 7 more matches left to play, is practically too wide a gorge to be bridged.

A relegation-fight was expected for Arminia Bielefeld after going through the first 10 games without a win, but its form over the next few months held back trouble for a fair while. But a 4-game losing-run has put the club back in the bottom-3 and this loss of form at a vital stage might complicate matters in the near future.

Hertha Berlin also lies in the relegation-zone despite having a decent 1st half to the season. A run of 7 losses in 9 league-matches after the New Year put the club in freefall until its first win of the year last week. The impetus of this win and the return of key players should take Hertha away from the drop at the end.

As one of the leading players in the fight for survival, Augsburg has hung around the drop-zone for the entire season. A decent run following the turn of the year came to an end with a loss to Stuttgart last week. Still, Augsburg has a familiarity for delivering in the high-pressure games at the climax of the season.

Robert Lewandowski: Robert Lewandowski is the leading goal-scorer of the 2021/22 season by a country mile with 31 goals in 27 matches for Bayern München this season. The Polish hitman will take his 7th “Torjägerkanone” title to equal the legendary German striker Gerd Müller for the all-time record.

Patrik Schick: After netting 20 times during this Bundesliga season with an average of a goal per match, Patrik Schick was having a stellar season for Bayer Leverkusen until he picked up a calf-injury last month. The Czech striker is set to return next month but his “Torjägerkanone” bid is no longer in effect.

Erling Haaland: Individually for Erling Haaland, the current season has been a mixed experience with injuries weighing down a fertile campaign with 16 goals in 17 games for Dortmund. The Norwegian striker recently came back from 2 months on the sidelines but he has not found the back of the net since then.

Thomas Müller: It will go down as a vintage season for Thomas Müller with the Bayern forward becoming a vital cog of the team once again under Julian Nagelsmann. The German veteran has set up 16 assists in addition to his 7 goals from his 26 appearances in the Bundesliga so far.

Florian Wirtz: This was a truly breakthrough-campaign for Florian Wirtz with the teenaged playmaker producing 7 goals and 10 assists for Bayer Leverkusen. But it all ended in tears for the German wonder-kid, as an ACL-injury shortened his season earlier this month to sideline him for nearly a year.

Christopher Nkunku: Christopher Nkunku is amongst the best players in the Bundesliga despite RB Leipzig being on a rollercoaster of a campaign. The French forward has delivered 9 assists along with 15 league-goals from his 27 appearances and recently earned his maiden call-up to the national-squad.