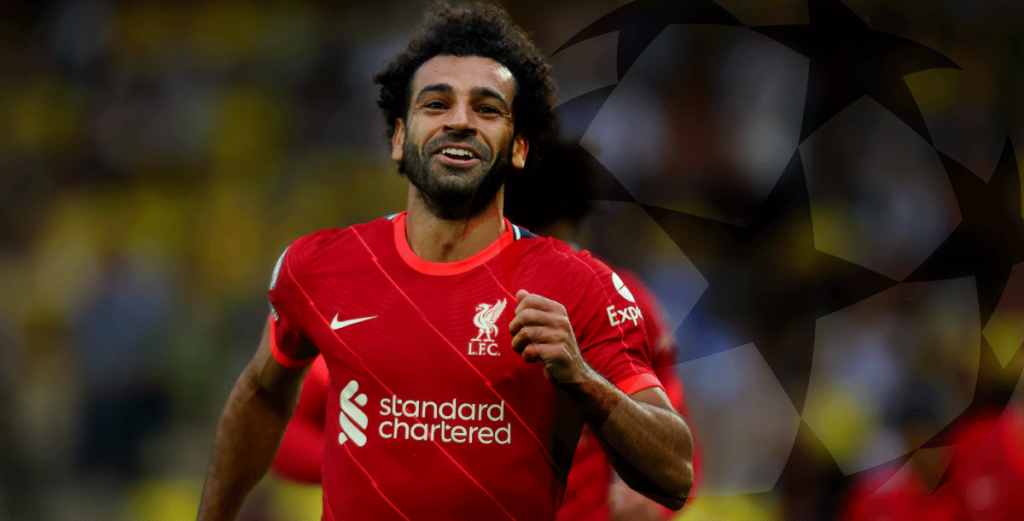 This Wednesday Club Atlético de Madrid, Liverpool, FC Porto and AC Milan kick off Group B of the Champions League 2021/22. Here we give you CL group odds and predictions as well as our tips for the opening round of matches.

Group B does not mean b grade: as we noted in our Champions League curtain raiser this group contains three former European champions and a side that has lost three times in a final.

Liverpool have edged ahead of Atlético in the odds to be winners of Champions League Group B and we would agree.
They don’t look as good as the season before last but they probably look sharper than last season. They should have just enough to edge past Atlético.

Atlético are one of five clubs at the top of the early season La Liga table to have won two and drawn one of their games, a perfect start giving way to a slightly disappointing 2-2 home draw to Villarreal.

The La Liga Champions are a little unpredictable in the Champions League and so far this season have found scoring more than one goals a struggle apart from against Villarreal.

However, whilst Porto are not to be underestimated – they won three and had an away draw in their first four games – the EagleBet panel thinks Atlético will be too strong for the Portuguese side.

Atlético are strong favourites but the Champions League odds of 1.7 don’t tempt us (the draw is odds of 3.7, the away win 7.25).

We are more interested in odds on the first goalscorer with Antoine Griezmann returning to Atlético from Barcelona. He is listed behind Luis Suárez to score first – Suárez is at odds of 4.33, Griezmann is 5.5 – but the French striker is determined to win over Atlético fans after his high-profile return and debut last weekend.

He looked in fine form as he scored both French goals against Finland last week. Suárez, by contrast, missed the first day of training after the international break with a small injury, and at 34 is not as lethal as he once was – one goal in three La Liga matches this season and none in six Champions League ties last season.

We also quite like 1-0 to Atlético at odds of 6. Porto have beaten Chelsea in the group stages so there will be no pushovers.

Champions League EagleBet betting tip: With Griezmann desperate to win the fans back we think he will score but we can’t see the Madrid club scoring lots so this could be a tight affair.

This should be a fairly comfortable win for Liverpool, reflected in odds of 1.57 for the home win, 4.5 for the draw and 6 for a Milan away win. The Italian team has won its first two Serie A games, however.
Liverpool with a –1 handicap would be our bet at .2.37.

The real value bet though might be in Milan not scoring (under 1.5 goals) – which you can get at odds of 2.5.
You might think that’s risky as surely they have a chance of getting one at Anfield?
But just look at this.

AC Milan Is Out Of Stars Against Liverpool

So the four favourites to score the first goal are all Liverpool players, giving you a sense of their superior fire power.
The best placed player from Milan is Zlatan Ibrahimovic who is just coming back from a major injury aged 39.
The next most likely first goalscorer for Milan – back in 9th place – is Olivier Giroud. At the time of writing he is out with Covid.

They have lost Gianluigi Donnarumma.

Where, in short, are Milan’s goals going to come from? Add to this that the brilliant Virgil van Dijk has declared himself fit to marshal Liverpool’s defence, and the Milan forward line – such as it is – could struggle.

I would lump on the under 0.5 goals market for Milan but if you also want to go for a Liverpool player to score first, what are your options?

Mo Salah is quite a likely first scorer – fresh from another goal at the weekend – but is there enough chance of that at odds of 3.4? If you must go for a Liverpool player to score first Diogo Jota is in sparkling form, even with his head, so odds of 5.5 look more generous.

Champions League EagleBet betting tip: Milan to score under 0.5 goals at odds of 2.5

Dates And Times Group B

The best betting bonuses are available at EagleBet

Take advantage of one of our welcome bonuses in the Sportsbook of one of our partners if you haven’t done that already – such as Neo.bet online bookie – and use one of our betting tips and predictions to claim your free bonus and bet on the Champions League. All odds are subject to change.