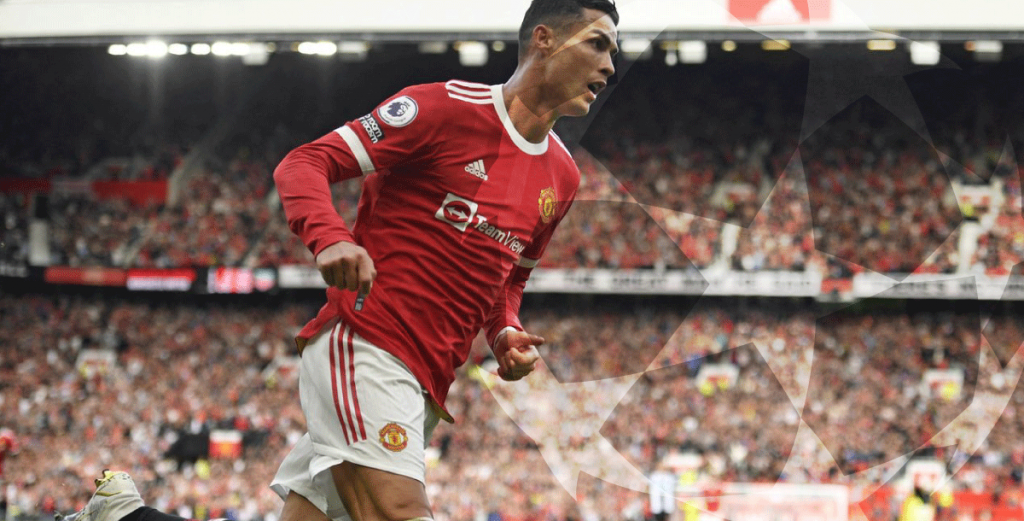 According to the bookmakers Man Utd is the weighty favourite to win Group F, closely followed by Atalanta and Villarreal while Young Boys lay a considerable way off at 9.00 with bet365.

Nevertheless, the Red Devils had crashed out of the Champions League at the group-stage before going down on penalties in the Europa League final to Spanish club Villarreal.

Yet it was a summer which began brightly with the acquisition of Jadon Sancho from Borussia Dortmund and got even better with the arrival of Raphael Varane from Real Madrid.

But bringing Cristiano Ronaldo back to the club has added a completely new dimension to the team, even though that is not the area that they needed to strengthen the most.

The Portuguese superstar brings in goals, which may not make them instant favourites for the EPL crown but in the knockout rounds of the Champions League, they are worth their weight in gold.

Man Utd is currently joint top in the league with Ronaldo grabbing a brace on his homecoming at Old Trafford and he is a clever pick to win the Champions League golden-boot at odds of 10.0 on bet365.

Solskjaer’s side may need to rely on all the attacking firepower they can get because they still seem susceptible in defence, especially against other top-quality teams.

Verdict:With a much improved team from last season, Man Utd could progress deep into the latter-stages of the competition. Currently placed at 10.0 by bet365 to clinch the title, the Red Devils make a good bet to reach the final at half that price.

Atalantawill make its 3rd straight appearance in the Champions League after finishing in 3rd spot in the Serie A for the 3rd consecutive season.

The club from Bergamo, in north-eastern Italy, has progressed through to the knockout-stage on their previous two participations.

Gian Piero Gasperini is currently the longest-serving manager in the Serie A; his side adored by neutrals for their entertaining brand of football.

While they have topped the scoring charts in Italy for the past 3 years they remain quite vulnerable at the back.
Despite using 3 centre-backs in a 3-4-2-1 formation, they conceded plenty of goals with their wingbacks Joakim Maehle and Robin Gosens pushing high up the field.

Gasperini can switch between Duvan Zapata and Luis Muriel up front with both strikers racking up 20 goals each last season.

However, Atalanta has made a sluggish start to their domestic campaign earning just 1 win from the first 3 matches.
Verdict:While Atalanta is heavily favoured by the bookies to qualify for the round of 16, it is listed at 4.33 by bet365 to win Group F. Those odds could get longer as it may turn out to be a more testing campaign than before.

After an absence of nearly 10 years, Villarrealhas gained entry in the group-stage of the Champions League as the holders of the UEFA Europa League.

Unai Emery delivered his magic touch in that competition leading the club to its first major trophy in his first season at the helm.

Villarreal won the title despite finishing 7th in the Spanish Primera Liga, underlining their potential as a dangerous side in the cup competitions.

The Yellow Submarine has brought any major signings this summer after spending heavily in the past couple of transfer windows.

With a great deal of experience within the squad, they seem relatively solid in defence with good pace on the counter-attack.

Will Gerard Moreno Lead Villareal To The Next UCL 21/22 Stage?

Gerard Moreno netted 30 times in all competitions last season but with Santi Cazorla no longer at the club, there are not many others who can chip in with goals.

That is already being illustrated with Villarreal staying unbeaten in the league so far, but has only picked up 3 draws and scored just 2 goals.

Verdict:Villarreal is not going to come out on top of Group F but they will be difficult opponents to play against. The 2.00 odds show that they have more than a realistic chance of squeezing into the last-16.

Young Boys have reached the group-stage of the Champions League for the 2nd time in its history, 3 years since their debut in the competition.

They finished in last position of their group on that occasion despite scoring a memorable victory over Juventus.
Former Huddersfield Town and Schalke boss David Wagner was brought in as the manager over the summer.
He led the team through 3 rounds of qualifying without a single defeat, going past Slovan Bratislava, CFR Cluj and Ferencvaros in the process.

But it has hampered their domestic campaign with the club winning just 2 of their 5 matches in the Super League.
Being an attack-minded team, it will be extremely difficult for Young Boys to adapt their tactics against vastly stronger opposition.

Verdict:With identical odds of 9.00 on bet365 for winning Group F as well as reaching the last-16, Young Boys are highly unlikely to do either. In fact, they would have to play out of their skins to even bag a Europa League spot.

Visit EagleBet every day to find the biggest betting bonuses that will help you boost your UEFA Champions League 21/22 odds.