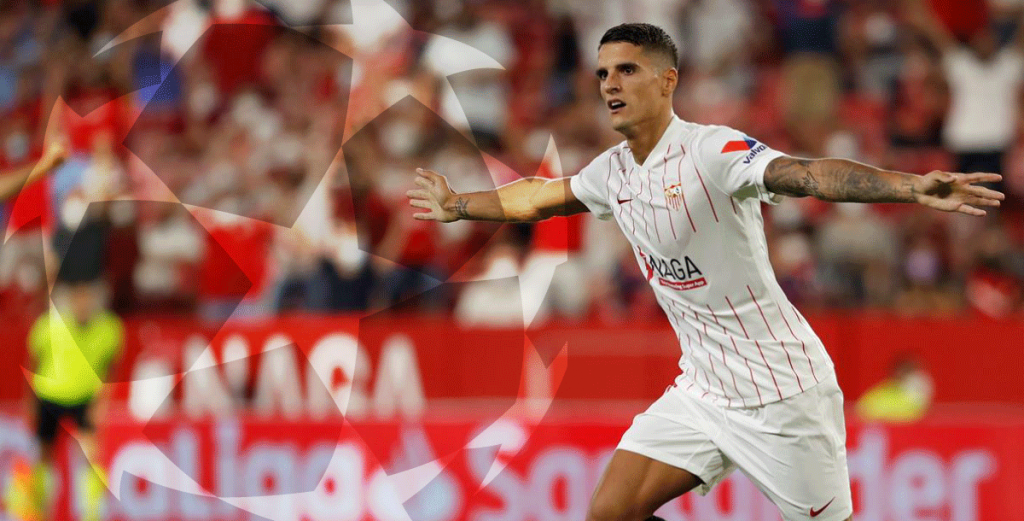 Ligue 1 winners LOSC Lille will face their Austrian Bundesliga counterparts Red Bull Salzburg along with Spanish side Sevilla and VfL Wolfsburg of Germany in Group G of the UEFA Champions League 2021/22.

In arguably the most competitive pool of the group-stage, Sevilla and Wolfsburg lead the odds to qualify through to the last-16 with Lille and Salzburg respectively close behind.

Lille were drawn in Pot 1 of the draw after remarkably tipping mighty PSG by a single point to win the French league title for the 2nd time in 10 years.

Their title effort was built on a rock-solid defence that let in just 23 goals, the best record in the league, which in turn allowed a mere 3 defeats.

However, Christian Galtier vacated his position as the manager after the triumph with Jocelyn Gourvennec coming in as his replacement.

Since then things have not gone very well with Lille earning just 1 win from the opening 5 matches of their title-defence.

They no longer look assured at the back having already conceded 11 times in Ligue 1 this season.
With these dark clouds ahead of their Champions League campaign, Lille may well share the same grim fate it did on their previous appearance.

Verdict: Lille is placed at 4.00 by bet365 to win Group G which seems highly unlikely at this point. Taking into account the competition in this pool, even the 2.10 offer for them to qualify seems to be best avoided.

Red Bull Salzburg reached the group-stage of the Champions League for the 3rd season in a row but has never made it beyond in the club’s history.

They have been the dominant force in Austrian football, winning the league for the past 8 consecutive years.
And staying true to the ploy of selling off their best players for big money, Patson Daka and Enock Mwepu are now both plying their trade in the EPL.

Manager Jesse March is also no longer at the club after leaving to take the bigger job at RB Leipzig in the German Bundesliga.

Matthias Jaissle is the new head-coach of the club with his team making a perfect start through the first 7 league-matches.

They also won both legs of their only qualifying round contest against Swedish side Brondby.
Verdict: With a 5.50 offer on bet365, Salzburg is the least favoured team to win group G. They will probably not go through to the next stage but they will be a difficult opposition for the rest of the teams.

Sevilla earned a direct entry to the Champions League after grabbing 4th place in the Spanish Primera Liga.
Under the guidance of former Spain and Real Madrid manager Julen Lopetegui, the Andalusian club finished only 9 off the champions.

Key to their success was an excellent home-record in which they managed to pick up 14 wins at the Ramon Sanchez Pijuan.

The squad is filled with talented players at the peak of their abilities with a few wise old heads like Jesus Navas and Ivan Rakitic for good measure.

They rely heavily on striker Youssef En-Nesyri for their goals but there is plenty of creativity behind with the likes of Papu Gomes and Daniel Suso.

Rafa Mir has been brought in to address their goal-scoring issues with Erik Lamela also joining the club on a free transfer along with Thomas Delaney from Borussia Dortmund. Consistency is one of their big strengths and Sevilla has begun the new season by taking 7 points off the first 3 league matches.

Verdict: With a 2.50 offer bet365, Sevilla is the favourite to win the Group G. This is probably the safest bet in this highly competitive group.

Wolfsburg took a spot in the Champions League by taking 4th place in the Bundesliga despite dropping off towards the latter end of the season.

Over the summer, Mark van Bommel replaced Oliver Glasner as the new manager and the club has been on an upward trend since then.

Despite going through a dreadful pre-season, Wolfsburg is sitting at the top of the Bundesliga with a perfect record of 4 straight wins.

While they may not offer a persistent threat going forwards, they have been in excellent form as a defensive unit.
Wolfsburg also made a host of additions to the squad to bolster the quality and quantity to cope with the rigours of the Champions League.

Dutch striker Wout Weghorst is in top-form in front of goal after scoring 20 times in the league last season.
With a robust defence and a dynamic midfield, Wolfsburg has the tools to progress into the round of 16.
Verdict: Vfl Wolfsburg is among the favourites to qualify from Group G with a 1.80 offer on bet365. Listed at 3.50, the German side is the darkhorse to win the group.

At EagleBet you will find the biggest betting bonuses from some of the best online bookmakers available online that will help you boost your Champions League 21/22 odds.