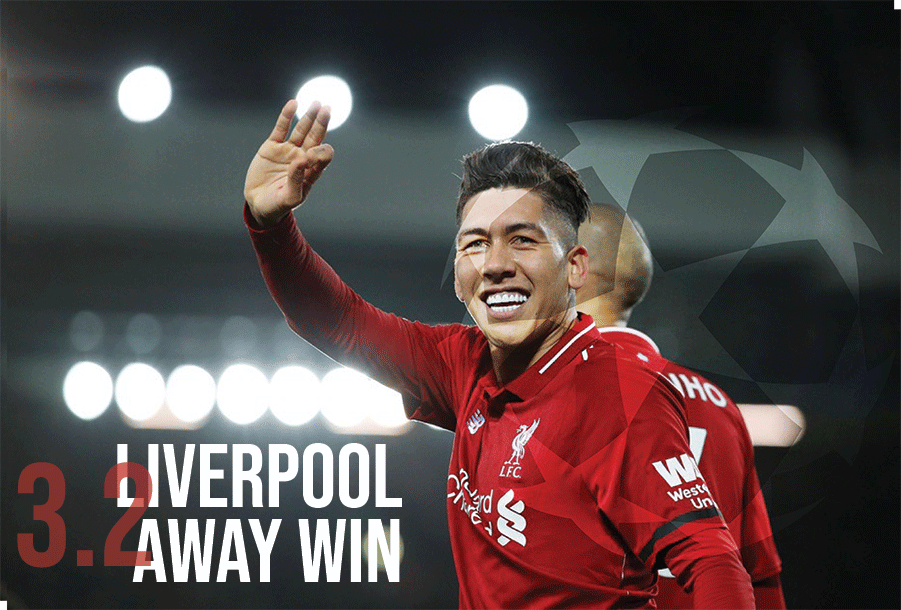 Tuesday’s Champions League features some seriously big ties including Borussia Dortmund away to Ajax, Atletico Madrid v Liverpool, RB Leipzig away to the money men of PSG, Manchester City travelling to Club Burges as well as FC Porto at home to AC Milan. Below we give you our Champions League 2021/2 match day three guide with predictions, odds, tips and best bets for Tuesday’s matches.

We have given details analysis of our top bets below, but also take a look at AC Milan’s odds: we quite like draw no bet on Milan at circa 2.32.
EagleBet’s betting guide with Champions League predictions for Wednesday’s games to follow.

How many superlatives are left unspoken about Erling Haaland, EagleBet’s tip to win the Bundesliga Golden Boot. He scored twice again at the weekend (of course) in Dortmund’s 3-1 Bundesliga win over Mainz.

The Norwegian was top scorer in the Champions League last season and the Ajax defence will be terrified of the Terminator, who has scored four doubles in just six matches in the Bundesliga this season –and Ajax are without their first and second choice goalkeeper!
Haaland has 21 goals in just 17 Champions League appearances yet Ajax manager Erik ten Hag insists his team is playing Borussia Dortmund, not Erling Haaland. He is right – Haaland’s colleagues are also excellent. But our prediction is his post-match interview whill dwell more on Haaland than he would like.

Haaland will be supported by captain Marco Reus, who also scored against Mainz. Gio Reyna could return but Dortmund have injuries: Youssoufa Moukoko, Mateu Morey and Raphael Guerreiro.
Our football predictions experts, tell you to look out for young Jude Bellingham: he has scored, assisted or done both in his last three Champions League matches.

Dortmund are in fine form (seven wins in their last eight across all competitions) and a win would put them three points clear of the Dutch masters at the half way stage.

Ajax have looked strong as ever in their title defence, albeit in a softer domestic league than the Bundesliga. Our football predictions experts believe only a 1-0 defeat to Utrecht raised questions, answered with a 2-0 win at the weekend.

Ajax’s dangerman will be familiar to Dortmund fans: Sebastian Haller, late of Eintracht Frankfurt. Sure, he is no Haaland (who is?) but he has netted 24 times in 35 appearances. Davy Klaassen in midfield (ex-Werder Bremen) will also be a known quantity to Dortmund.

A weakness for Ajax in this UCL match is the absence in goal of both Andre Onana and Maarten Stekelenburg, leaving Remko Pasveer to deputise. Who would like to be in his boots as he faces Haaland?

Past form doesn’t help hugely here as Dortmund last played here in the Champions League group stages almost a decade ago, rolling out 4-1 winners. Dortmund though have made the last 16 or further in seven of their last eight CL campaigns, and will expect to do the same this season. Perhaps most tellingly, Ajax have just one win in six against Bundesliga opposition, drawing two and losing three.

EagleBet Champions League tip: odds of 2.92 on the away win with Neo.bet given Dortmund’s superiority and the absence of two goalkeepers is tempting. Over two goals for Dortmund at 4.00 also looks great value. Oh, and Haaland to score at 1.78? You would be surprised if he didn’t.

As Eaglebet readers who followed our Premier League predictions and tips last weekend will be happily aware, the Egyptian has scored in his last eight games for Liverpool.

His club manager Jurgen Klopp went so far as to describe Salah as “the best player in the world”.

Simeone, though, knows Liverpool have goal threats through the team and they can’t surround Salah and hope to nullify Liverpool, who remain unbeaten in all competitions this season and lead group B in the Champions League with maximum points from their two games.

“They are going through a fantastic spell of football, they seem to have a different rhythm, and it is a pleasure to see them play,” remarked Simeone.

“They have no fear to leave spaces at the back. They press high, play a high line, have speed.”
It sounds, then, that Simeone plans to expose space at the back, but with van Dijk marshalling Liverpool’s defence, that is harder than it sounds.

Our UCL predictions pros remind you that, Atletico knocked out Liverpool in the last 16 of the Champions League in 2020, winning both legs.

Klopp said: “I’m a positive person but I’m not that positive to think we have these games in our pockets.
“They have changed players and system so we face a different animal, but not a weaker one. The core are still together, and have been for a while, and they know how to win champions league games.”

Liverpool will be without young Curtis Jones while Atletico will miss Spain midfielder Thiago Alcantara.

Ateletico are a hard team to predict: they beat a (diminished) Barcelona at the weekend 2-0 and won 2-1 in Milan but lost 1-0 to Alaves. We think it will be close but Liverpool to just edge it.

EagleBet Champions League prediction: Away win, or to be safe bet draw no bet

At the risk of offending RB Leipzig, this should be a stroll in the Parc des Princes for Lionel’s Messi’s PSG, who have a 100% record in Group A having secured a brilliant 2-0 win over last season’s finalists Manchester City. Particularly as Leipzig lost to little Club Brugge.

However, the French footballing superpower will not be feeling quite as confident as some of the bookmakers in a PSG win and we hold out home for Leipzig.

Firstly, PSG have terrible injuries. They will be in this Champions League match without Angel Di Maria, Sergio Ramos, Leandro Paredes – and possible Keylor Navas and Mauro Icardi – as well as talismanic Brazilian Neymar, who has a groin injury (football inflicted).

Secondly, Leipzig have a certain PSG old boy in Christopher Nkunku. The lad was let go by the Parisians but assisted plenty of goals in the Bundesliga last season while this term he has been knocking them in himself: nine goals in 11. No wonder Jesse Marsch emphasises his importance, declaring “he has no weaknesses”. He also scored the winner in a 2-1 win against PSG last November.

This is a man not shy on the great Champions League stage, scoring a hattrick in the famous 6-3 defeat to Manchester City and also scoring against Brugge.

Nkunku talks a good game too: “The Parc des Princes is special for me too, it’s practically my living room, and the fans are always really fired up on match nights. After our two defeats, it’s really important to get a good result. PSG have got a great team, but we shouldn’t put ourselves down, we have a real chance in Paris.” He will be backed up by Forsberg who has three in his last three.

After a poor start in the Bundesliga, Leipzig are much improved since Marsch made a tactical switch to 3-4-2-1. This has allowed their attacking players more freedom, resulting in three wins and a draw from their last four. However, Marsch has a big tactical call: surely he will need to keep it tighter?

But more positively, on this UCL match they will have their mercurial wing back Angelino back from injury.

He will need to focus on defence as well as bombing forward as its confirmed that Messi and Mbappe will start. That said, the pairing hasn’t been as prolific so far as PSG hoped. Even against City PSG only had 6 shots (a third of City’s total). PSG had to rely on a late Mbappe penalty to beat Angers at the weekend.

Leipzig have an impressive CL record for such new boys and normally beat a big club (PSG, Manchester United).

Can they get a result here?

Champions League EagleBet tip: PSG are strong favourites for a reason but with so many injuries and varied form we just wonder if a very small bet on the draw at decent odds is worth considering

Manchester City are under pressure in what should be a stroll by the canals in Belgium, for they find themselves third in Group A while the team from the quaint town of Brugge find themselves riding high in second.

City could also be without goalkeeper Ederson and the nearest they have to a recognised striker in Gabriel Jesus.
Both played for Brazil against Uruguay in the early hours of Friday and missed Saturday’s win over Burnley.

City beat RB Leipzig 6-3 but then lost 2-0 to Paris St-Germain in what could signify a major shift in European football power.
City should be too strong but the plucky Belgians held PSG and Pepe Guardiola knows they are strong up top, press well and will pose a physical threat.

Kevin de Bruyne will be back playing in his native Belgium in a club game for the first time since his departure for England way back in 2012.