You are here: Home »  Blog » Champions League Predictions: Round of 16 – 2nd Leg 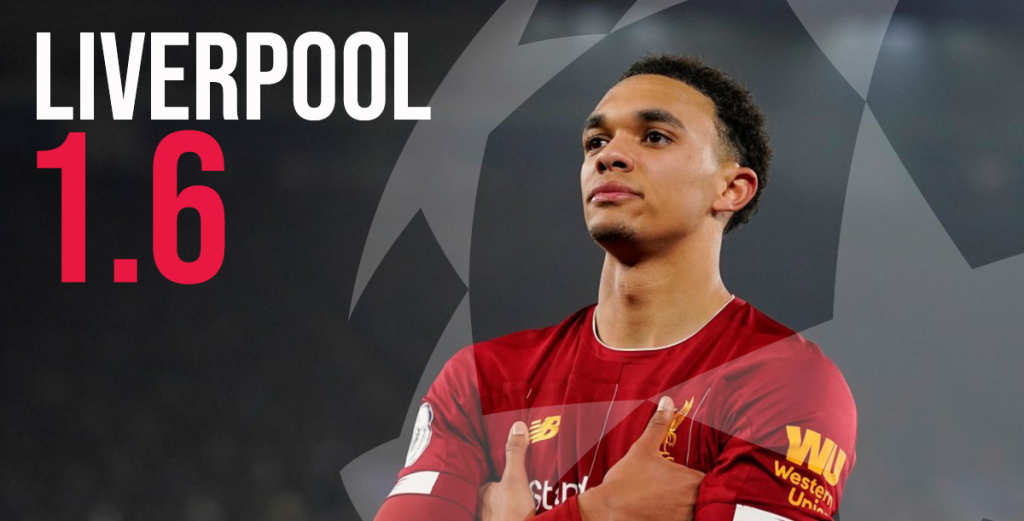 Eagle’s Champions League predictions are back, with Bayern Munich v FC Red Bull Salzburg after a draw in the first leg. In the last round, three out of four of our Champions League betting tips and predictions were correct, and here we have more brilliant value CL bets, especially on Liverpool v Inter.

Remember to sign up to receive exclusive offers, free bets and our Champions League predictions – all absolutely free.

We also have Champions League betting predictions for Wednesday’s matches as Manchester City look to finish the job against Sporting Lisbon and Paris St Germain travel to Real Madrid with just a 1-0 advantage.

Claim a welcome bonus from a betting partner listed on EagleBet then use our UCL predictions to soar with winners – sponsored by zenbet.

Also, remember to check out our newly updated Champions League betting predictions for which club will win the UCL outright.

Bayern Munich are clear favourites according to our Champions League predictions but there is no denying that, by their incredible standards, Bayern’s form has dipped.

They only managed a draw against Leverkusen in the Bundesliga on Saturday – against almost all betting predictions – and last month they lost to mid-table VFL Bochum. They also only managed to draw the away leg against Salzburg, again when most Champions League predictions were pointing to an away win.

In the Bundesliga Bayern enjoy a nine point cushion over Borussia Dortmund but, as you know as a regular reader of our Champions League betting tips and predictions there is no such security here: we are in the knock out stages.

Salzburg are in better form, with five wins and two draws from their last seven, albeit as these betting predictions often point out, you have to consider when judging the form of German and English clubs that they are typically facing tougher competition in the Bundesliga and Premier League than a lot of other clubs in the Champions League.

These Champions League betting tips and predictions can’t look beyond a home win but we wouldn’t be surprised if it was tight.

Our Champions League predictions can’t believe what great value you can bet Liverpool at: remember Liverpool have won their last 12 GAMES (one, the EFL Cup Final, on penalties).

Liverpool didn’t look great at the weekend and, according to these betting predictions were lucky against West Ham but still won. Generally they have been great. As Jurgen Klopp said, you can’t win that many games and be brilliant in all of them.

As for Inter, Liverpool beat them 2-0 away and our betting predictions see another Liverpool win here. Inter knocked five past Salernitana in their last match, but the club bottom club of Serie A has conceded a relegation-inducing 61 goals this season.

These Champions League betting predictions wonder about betting against Inter scoring, given that more typically Inter – despite being second in Serie A – have been struggling for goals. Prior to that match, our betting predictions note, they had gone four games without scoring.

We think you should bet really big on Liverpool to win this one and it is our top tip in our Champions League betting predictions this week.

There is no value in betting Manchester City to beat Sporting Lisbon but that doesn’t mean there is no bet on here.

Consider that Man City beat Sporting 5-0 in Portugal and they also knocked four past Manchester United at the weekend.

In the sexiest tie of the round – Real Madrid v PSG – these Champions League betting tips and predictions recommend Real draw no bet at nice odds of 1.8.

Above Champions League predictions are bang on form.

EagleBet – soar with winners with our Champions League predictions