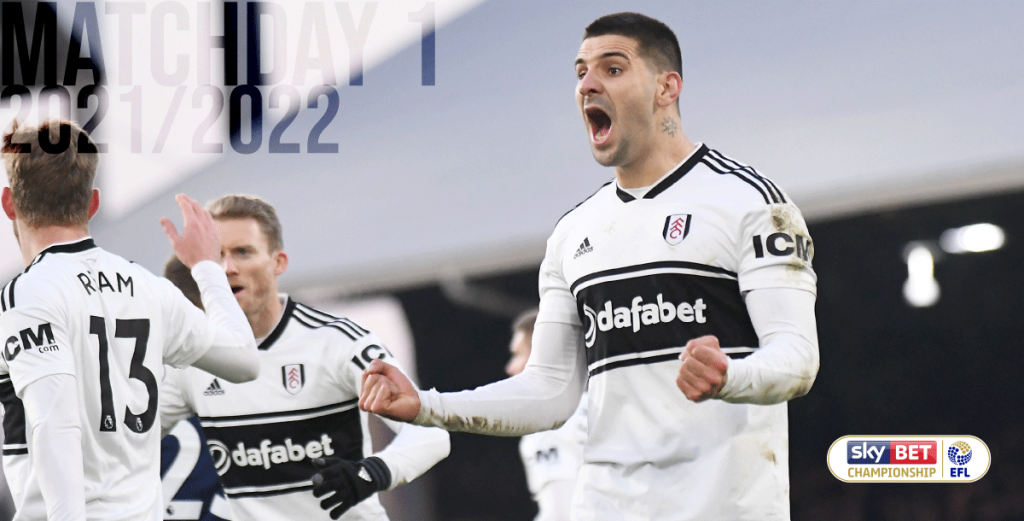 One of the world’s most competitive leagues kicks off on Friday with three valuable prizes – places in the Premier League at the end of the season. We give you our predictions for the opening fixtures of the Championship 2021/22 taking place this weekend.

These will be the first competitive matches in front of crowds for these teams. Younger players will never even have played before crowds. This should tip matches in favour of the home team, which became less of an advantage during lockdown.

Blackburn for a home win looks a good bet to beat Swansea at home. Swansea are over-priced in our view. They have only just been able to persuade some poor sod to manage them. They have lost their only decent striker and now could lose their best midfield player. They have received the last of their parachute payments. So-called experts are still backing them as supposed promotion contenders. They aren’t. They are f*cked.

We predict a Cardiff home win because there are signs Cardiff are finally starting to develop a sensible transfer policy under an experienced manager. Barnsley were the surprise package last season but they have lost their inspirational manager and best player.

EagleBet sports betting tips writers are predicting Derby lose at home to Huddersfield. Derby are a shambles and only have 9 first team players, one of whom their manager Wayne Rooney managed to injury in a training ground tackle. Rooney, meanwhile, has been forced to answer awkward questions about his private life. Oh, and Derby have a transfer embargo and a deadline to explain their unorthodox accountancy practices. Sit back and watch Derby explode this season. Not in a good way.

Our tip is that Luton will beat newly promoted Peterborough. Luton have been good in the transfer market and should push on this season.

QPR v Millwall we are tipping for a home win in the London derby. QPR have been sensational in pre-season, outclassing Manchester United and Leicester, and have secured their loan players that helped them rocket up the league last season. But don’t count Millwall out – they actually play some stylish football now at odds with their hooligan supporters.

We predict a draw for Stoke v Reading – Stoke has home advantage but Reading were really good last season and have more about them than those perennial under-performers, Stoke.

Sheffield United, we predict, will be too strong for Birmingham. They have a good new manager and after relegation from the Premier League are among the favourites to bounce straight back.

Fulham v Middlesbrough never dismissed a Championship side managed by Neil Warnock – the Sir Alex Ferguson of this division – but Fulham should be too strong for ‘Boro, so a clear home win. They have a hugely expensive squad and provided it plays as a team should do well this season.

We predict a draw for Coventry v Forrest – the Tricky Trees are a mess with a bloated squad and a workmanlike Coventry improved enough to stay up last season so we expect them to cancel each other out.

How To Bet On The Championship With A Betting Bonus?

Use one of the special deals we have negotiated to claim a great welcome bonus then bet on the most competitive league in the world following the tips our really expert team will provide for you every week.

Remember to keep up to date with all our tips, predictions, odds, news and special new bonus offers by subscribing to our newsletter.