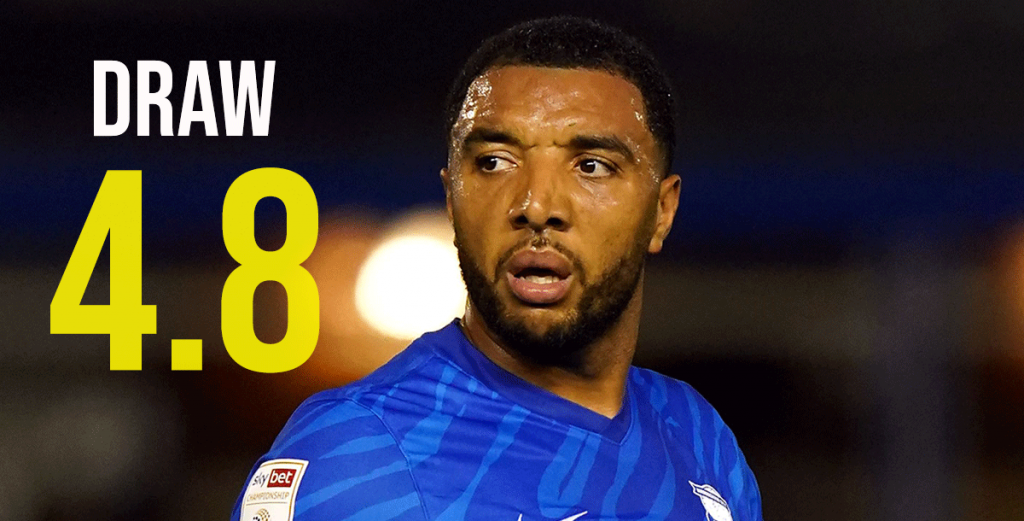 Betting Tips in the Championship Today

We study a lot of bets that we don’t put forward as an official Championship tip or prediction but the top tips in our betting guide are below, and boy are there some good professional Championship predictions below – our Christmas present to you!.

Fulham are the leading scorers this season in English football but goals have dried up – just three in five games. In their home defeat to Sheffield United they enjoyed near total possession but no penetration. Have teams worked Fulham out? Stay behind the ball and don’t let their wingers in behind the full backs?

We still think this Fulham side will prove too good for the rest of the Championship but there is no denying they need to be much more penetrating – and we weren’t expecting to write that in a Championship betting guide this season.

Birmingham are at best average and in average form with just a win and a draw from their last five aways. But the Fulham crowd were getting restive against Sheffield United and even Mitrovic has lost his scoring boots.

As we say, Fulham are sure to recover but do look hard at that form table and think about ways of betting against Fulham for now – our Championship betting guide makes punters money for a reason.

EagleBet Championshp pro betting tip: Birmingham with a handicap of +1.5 goals is tempted seeing as Fulham have not won in five. But the draw at these odds is even more tempting, and has to be this Championship betting guide’s main tip. Fulham SHOULD win but given their form it’s just got to be worth a cheeky bet on the draw.

Huddersfield are not in brilliant form despite their 3-2 victory at Bristol City last time – but they are decent at home with only one defeat in their last seven homes.
Blackpool have been decent on the road this season with two good away wins in October but their last three aways have only earned a total of one point.

EagleBet Championship pro betting tip: Our Championship betting guide has to recommend the home win at generous odds. We can’t see you losing if you bet draw no bet at Championship odds of 1.55 on Huddersfield if you want to play it ultra-safe

We are not quite sure what has happened to a previously pedestrian-looking Blackburn but they are on fire: the division’s form team with eight wins in ten game, and five wins in five. They also have a proven goalscorer in Ben Brereton with 19 goals in 23 games, second only to Fulham’s Mitrovic

Hull were also on brilliant form, pulling well away from the relegation zone. They had gone six games unbeaten before they lost at Forest. Their home form puts them 13 in our Championship home form table.

In our Championship betting guide we think this is a star bet.

EagleBet Championship pro betting tip: Cracking value the away win and our star tip in this week’s Championship betting guide. Also Brereton anytime goalscorer at anything remotely approaching 3.5. You might also like over 1.5 Blackburn goals at Championship odds of 2.4

Forest are second only to Blackburn in the form table and another strong tip in our Championship form table.
They have won their last three and are unbeaten in nine and only a defeat to leaders Fulham in their last 16 games. Incidentally, the last team they lost prior to that was on the 15th September – to Middlesbrough.

Sheffield United are yet another form team in the Championship, having won their last four, including a victory at leaders Fulham. Finally they are looking like one of the pre-season favourites.
Preston are an average team in average form – United should do this.

There are great bets in the Championship with great odds. Use the free money from partners listed on EagleBet – such as ZenBet, and remember there are no limits to how many accounts you can open – and use this Championship betting guide with our odds, predictions and pro tips to earn money.

Remember: sign up to our newsletter and get our winning Championship, Premier League and Bundesliga betting guides.
Odds subject to change, please play responsibly. 18 plus.