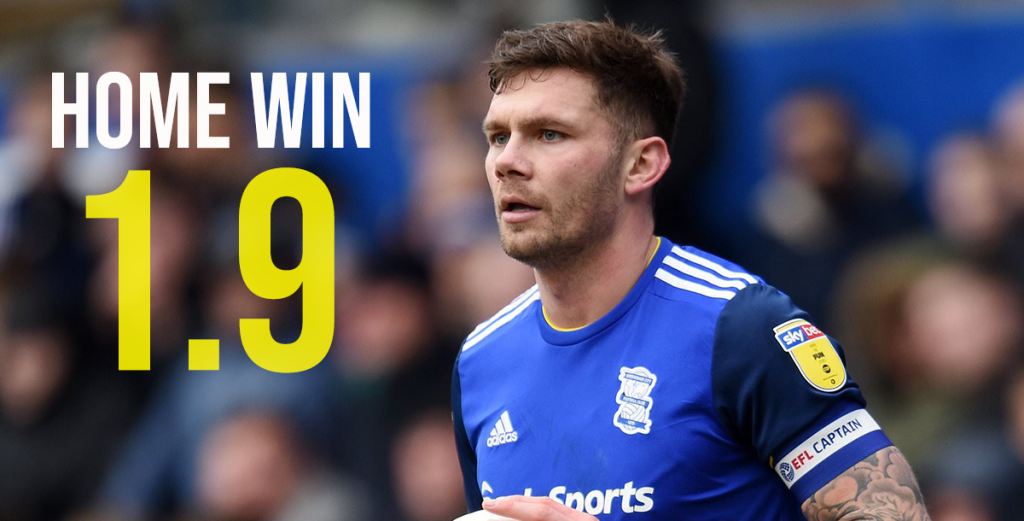 Our Matchday Championship betting tips made ourselves great money last week with our “over-goals” tip on Fulham. There are massive games this week with wins potentially taking either Blackburn or QPR second above struggling Bournemouth, with the second automatic promotion spot suddenly looking wide open.

By the way, you can tell Bournemouth must be feeling desperate – they are rumoured to be in for Andy Carroll! Punters have voted our championship betting tips the best on the internet, so join in the action and make money.

Our EFL tips have proved consistently successful, delivering you winning odds, predictions and tips. Not all our tips appear on EagleBet so sign up to our newsletter to receive our free Championship 21/22 betting tips with matchday Championship tips and predictions, brought to you in partnership with ZodiacBet. Also do get our Premier League tips and predictions for other top leagues around Europe, particularly Germany where the Eagle is famous for its Bundesliga predictions.

This is a massive game against two teams who have surged up the English Football League, and it makes for a difficult prediction as our Championship tips have been backing both of these two consistently.
Blackburn’s shock mid-week defeat to Hull was their first Championship loss in 11 games, a sequence that included eight wins and saw a lot of EFL bets going on Blackburn for promotion. But they have now won just one of their last four across all competitions, with absences starting to bite.

It’s too early in our Championship betting tips to tell if this is a blip or something more serious but since that horrific 7-0 home defeat to Champions-elect Fulham (we would give them the title now: they are that good) which amazingly kick-started Blackburn’s great run, they went on a great run. They remain strong at home as they haven’t lost there in the six games since that Fulham hammering.

But Blackburn are missing brilliant top scorer Ben Brereton Diaz (international duty, Chile). They are really short of other attacking options with Tyrhys Dolan and Ian Poveda also injured. Worse, in the defeat to Hull new signing from Spurs Dilan Markanday injured himself and will be out for the season. We were going to declare this signing the biggest coup in the entire English Football League for this window, so highly do we rate this youngster, but his injury just shows the fickle fates of football and Blackburn are currently desperately short of creative, attacking options.

So for the first time in a while our Championship betting tips will not be able to back Blackburn.

In contrast Middlesbrough are flying under Chris Wilder and not only would victory put them above Huddersfield and West Brom into the plays offs, Wilder must be quietly thinking about automatic promotion given how the second fixed spot has suddenly opened up. Middlesbrough have won seven of their last eight in all competitions, having gone unbeaten in nine, almost all of them predicted in our Championship betting tips.

The additions of two attacking talents on loan in Folarin Balogun and Aaron Connolly (he can do serious damage in the Championship) make them a potent force up top.

Away win or draw

Middlesbrough +1 handicap at EFL odds of 1.51. You could bet both teams to score at 1.91 but we are not confident enough to tip this given Blackburn’s immediate difficulties.

A great value bet here as Forest are in excellent form having won all their three matches this year, including that FA Cup victory over Arsenal. Their long run of excellent form before Christmas was interrupted a little, but defeats against high-flying Huddersfield and Middlesbrough are no disgrace.

We have personally made a lot of money this season following our own Championship betting tips in predicting Forest victories.
Barnsley haven’t won in the Championship since the 3rd November – picking up just three draws since – and are in desperate trouble now.
They are bottom of our 10 match away form table with just two draws and eight defeats.

We will be honest, our Championship betting tips don’t back Birmingham too often. They are in far from great form and have been hit by injuries but frankly if you can’t beat Peterborough at home, you won’t beat anyone.

They are second bottom of the same away form table referenced above, with just one win in 10. They also struggle for away goals.

If QPR win they will either go second or third in the Championship, depending on the result of Blackburn v Middlesbrough.
QPR have won their last five across all competitions and are second only to Blackburn in our form table across the last ten games with seven wins and a draw.

Swansea’s away form over the last 10 games puts them 18th in the form table, just one place below their actual league position.
So QPR would appear to be generously priced.
However, our Championship betting tips experts will tell you to careful. QPR have been better away lately.

They have only managed three goals in their last five home games and miss Ilias Chair at AFCON, though the virtuosity of Chris Willock and Albert Adomah has continued to edge them up the table.
While their defence is now much tighter this has come at a cost in the attacking third.

Lately they have been very good at grinding out narrow victories with late goals.
But can their luck last?

Well, we made you money last weekend with our Championship betting tips predicting QPR would win at Coventry and we have to bet them to win here too, but only a small bet.
We think there is more money to be made from this match but be careful about your bet.

QPR’s goals tend to come late while Swansea struggle for goals period (just 27 this season and top scorer Jamie Paterson – a potential QPR target – might not play due to a contract dispute).

We wouldn’t go crazy but our Championship betting tips say there is enough value to bet the QPR win. Our main bet is bet under 3.5 goals at Championship odds of 1.32 – would be amazed if you didn’t win that bet. We are also having small bets on QPR.

We considered betting on 1-0 the score but instead we are also betting draw first half QPR second half at huge EFL odds of 5.75

How to Bet on The EFL Championship in 2022

There are great bets in the English Football League with great odds. Use the free money ( top betting bonuses ) from partners listed on EagleBet – such as ZodiacBet and ZenBet, and remember there are no limits to how many accounts you can open – and use this Championship betting tips with our odds, predictions and pro tips to earn money.

Remember: sign up to our newsletter and get our winning EFL, Premier League and Bundesliga tips.