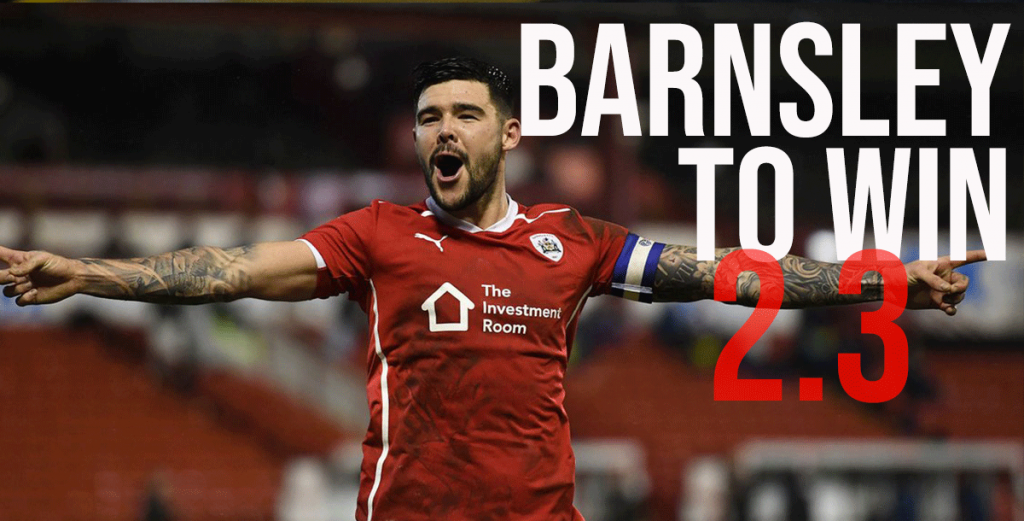 The beauty – and the beastliness – of betting on the Championship is that anyone can beat anyone, as previously unbeaten Bournemouth discovered midweek with a “shock” 2-1 home defeat to Preston. But we always have big success with our Championship betting guide predictions, so we hope you are winning big on our Championship tips.

Below we have found some cracking value bets in the Championship this weekend. Footballing wise the highlight is leaders Bournemouth looking to bounce back against Swansea who have also won four of their last five.

We think Bournemouth will prove too strong but we are not betting on this as we don’t think the Championship odds are good enough on Bournemouth given the form of the opposition.

Sexiest bet of the day, we believe, is Fulham over 2.5 goals away to lowly Peterborough.
We are also quite tempted to bet against QPR as they have a terrible record live on Sky! Odds of 2.98 for home team Blackpool.

Initial thought: how do you price this when Barnsley have lost four of their last five and Hull have lost their last five? An added complication: both have been losing but mainly by a solitary goal, suggesting nether are terrible.

However, Barnsley beat an otherwise in form Derby last time out and having sacked their manager seem to be enjoying a predictable (if perhaps temporary) bounce. Barnsley were good last season and bar the loss of midfield dynamo Alex Mowatt to WBA, are largely the same team.

We actually think the Tykes are quite a bit better than recent form suggests, as they showed in glimpses earlier this season.

But get this: Reading are missing 12, probably including experienced Chelsea loanee Danny Drinkwater. Reading have lost their last four Championship games while Birmingham have won their last three (most recently 3-0 over Bristol City).

Reading’s manager is making all the right noises about focusing on football but since news of a likely points deduction broke, Reading have lost heart.

Cardiff briefly looked as if they weren’t the world’s worst team after they battled back to draw 3-3 with Stoke having lost their previous seven. This followed the sacking of the world’s most boring manager, Mick McCarthy. But normal service was resumed on Wednesday when Cardiff lost 1-0 at home to a not especially impressive QPR.

Cardiff were so low in confidence they set up with 11 players behind the ball, nullifying their one asset, centre forward Kieffer Moore. Unless a new manager really changes things we could see Cardiff being relegated, as they have just been terrible.

Huddersfield have been in mixed form and we don’t have limitless confidence in them, but they are just outside the play offs.

EagleBet Championship Prediction: Away win (slim chance of a draw)

EagleBet Championship betting tip: We are half tempted to go for the away win but draw no bet Huddersfield at Championship odds of 2.28 tempts us.

Fulham have 43 goals from 16 games making them the highest scorers in the top four divisions – by miles (QPR are next highest in the Championship back on 27).

Fulham beat Blackburn 7-0 midweek and their manager complained that Fulham are too reliant on the goals of Mitrovic: it’s a nice problem to have, as Mitrovic has 19 goals in 16 (who needs Mo Salah?).

The Cottagers have won their last five and after the briefest of blips are smashing it in the Championship, putting more pressure on leaders Bournemouth – at this stage these two look the stand out teams, much better than West Brom.

EagleBet Championship betting tip: There probably isn’t enough value in betting the away win. However, we love total away goals of over 2.5 at Championship odds of 2.95 (Fulham have scored 14 in their last three!). Mitrovic any time goal-scorer at 1.8 is nice seeing as he averages over a goal a game.

How to Bet on the EFL Championship

There are several nice bets in the Championship with great odds. Take free money on offer from one of our partners – listed on EagleBet – and use this Championship betting guide with our odds, predictions and tips to earn some money.