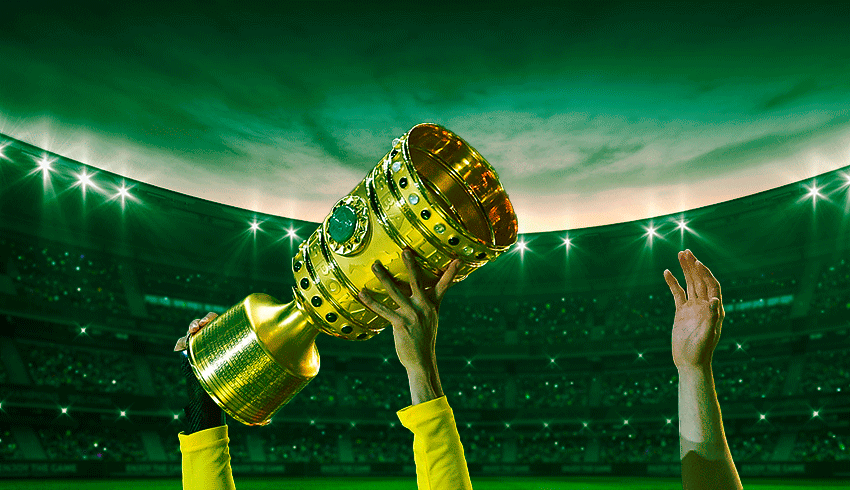 The DFB-Pokal 20/21 Second Round has recently taken place as football teams across Germany compete to win one of the biggest football tournaments in the country. There have already been some great opportunities to bet on the action with EagleBet sportsbook, although many would have not been able to predict or foresee some of the results to have featured.

Indeed, Football Club Bayern Munich produced the shock of the DFB Pokal 20/21 so far when they were unceremoniously dumped out of the DFB Pokal 20/21 tournament by Holstein Kiel on penalties after a 2-2 draw in regulation time. Hans-Dieter Flick’s side were strong favourites to win the tournament outright, however, their elimination has left the door open for many other sides to finally get the DFB-Pokal trophy.

Although Bayern Munich’s football team defeat will have come as the biggest shock from the DFB-Pokal Second Round, TSG Hoffenheim’s own penalty shoot-out defeat to SpVgg Greuther Fürth is also worthy of being considered a huge shock and not one that many using EagleBet would have predicted for this DFB-Pokal 20/21.

These will be the following football matches:

Predictions For The DFB-Pokal Round Of 16 Football Matches

When taking a look at the EagleBet football odds offered on the DFB-Pokal for the most updated outright winners market, it should be no surprise that Borussia Dortmund edges out as slight favourites over RB Leipzig football team. Following those two are Bayer Leverkusen’s football team whilst the gap between them and Borussia Mönchengladbach is rather long in this year DFB-Pokal.

Indeed, BVB should progress in the German football Cup DFB-Pokal to the Quarter-finals, as should RB Leipzig and Bayer Leverkusen. However, the contest between Borussia Mönchengladbach and VfB Stuttgart could go either way, as could the match between VfL Wolfsburg and Schalke 04.

DFB-Pokal Round of 16 Predictions

These are some of the German football cup scores that we predict:

Head over to EagleBet if you want to get involved with DFB-Pokal betting and think you can pick the outright winner of the German football cup!