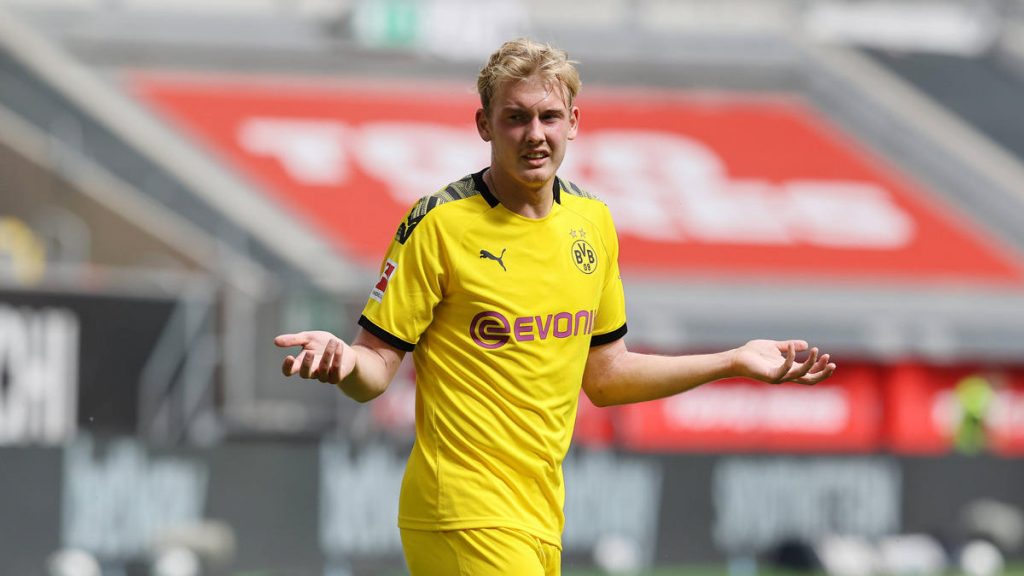 Borussia Dortmund will host neighbouring Westphalia side Arminia Bielefeld at Signal Iduna Park for their Matchday 26 clash on Sunday afternoon. Dortmund is presently 9 points behind the league-leader with a game in hand after last week’s fixture was called off due a Covid outbreak.

Meanwhile Arminia Bielefeld is hanging just a couple of points above the drop-zone in 15th position.

What are BVB 09 Borussia Dortmund Odds against Arminia Bielefeld ?

What was BVB 09 Borussia Dortmund Performance on the last 5 Bundesliga matches ?

Despite taking 16 points from 8 matches since the midseason-interval, Bundesliga team Borussia Dortmund has not made any significant reduction to its deficit in the title-race.

With a growing list of injury-casualties, Marco Rose may be forced to stick with the 3-5-2 system from the previous match. Manuel Akanji, Dan-Axel Zagadou and Thomas Meunier are all unavailable therefore Emre Can and Marin Pongracic will join Mats Hummels to form a makeshift back-3 in front of the goalkeeper Gregor Kobel which adds to the uncertainty around the Dortmund defence.

But in spite of its frailties at the back, Dortmund has the best scoring-record on home-turf thus far. Axel Witsel will feature as the anchorman with Mahmoud Dahoud and Jude Bellingham as the other two central-midfielders beside him with Thorgan Hazard and Raphael Guerreiro on the wings. Erling Haalnad is also missing so Julian Brandt and Marco Reus will start as the strike-pair up front.

What are Arminia Bielefeld Odds against BVB 09 Borussia Dortmund ?

What was Arminia Bielefeld Performance on the last 5 Bundesliga matches ?

Arminia Bielefeld had an encouraging run in the 2nd half of the season to lift itself out of the bottom-3, but that momentum was lost with 3 defeats in the last 4 games.

After picking up injuries to a couple of his key players in the last game, manager Frank Kramer could opt for a defensive 3-5-2 system for this difficult away-clash.

Joakim Nilsson, Cédric Brunner and Guilherme Ramos could form the back-3 with Stefan Ortega Moreno in goal. Away from home, Bielefeld has the 4th best defensive-record in the division in spite of its lowly position in the table.

Masaya Okugawa and Patrick Wimmer are both unavailable so Nathan de Medina and Jacob Laursen will start on the wings and add more security to the backline. Sebastian Vasiliadis and Fabian Kunze will be the two defensive-midfielders with Alessandro Schöpf in a free-role behind the centre-forward Fabian Klos.

Bielefeld currently averages less than a goal per game, both at home and away.

Bundesliga Betting Tips – Borussia Dortmund bagged 10 wins from its 12 Bundesliga matches on home-soil but has earned only 3 clean-sheets. Bielefeld may have failed to get a goal in the past 2 away-matches but it scored 2 goals in each of the 3 fixtures prior to it.

Bundesliga Betting Tips – With the 2nd best scoring-record in the Bundesliga, Dortmund averages 3 goals per game at home having scored at least 2 goals in each home-game. Bielefeld has the worst-scoring record in the division with just 10 goals in 12 away-matches.

Both Teams to Score & Total Goals: Dortmund & Over 2.5

Half Time Score: Borussia Dortmund 1-0 Bielefeld at 3.40 on Zodiac Bet

Considering the imperious form Dortmund has shown at home thus far, Bielefeld hardly stands a chance of taking a point with its recent lack of confidence.