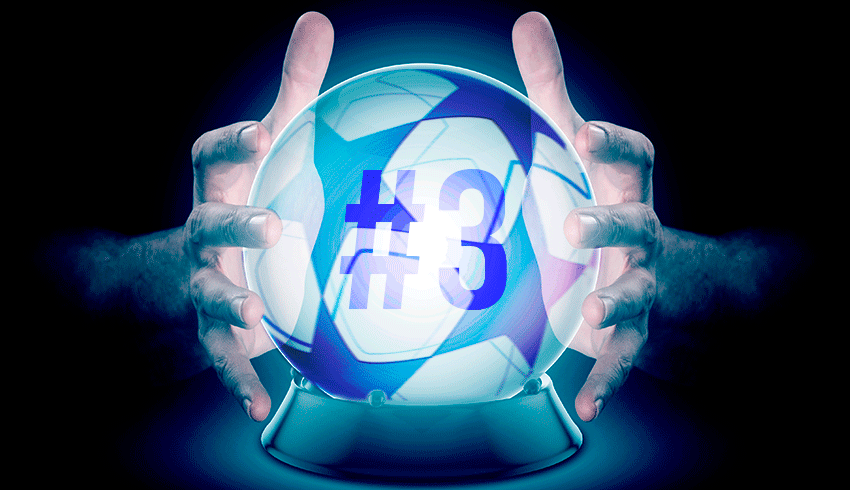 The UEFA Champions League is flying through the fixtures at the moment as Matchday 3 is already upon us.

There have already been some huge shocks to have taken place in the top European football competition, whilst there have been some teams doing exactly what many would have expected them to do when the groups were drawn in September.

Matchday 3 Of The UEFA Champions League

Indeed, Bayern Munich is one of those as the Germans continue to dominate whoever they come up against in the football tournament, whilst all four English Premier League sides have managed to start their tournaments with unbeaten runs.

In the Champions League, 20/21 things could be a little better for Spanish sides, though, as the likes of Real Madrid and Atlético Madrid have both struggled. FC Barcelona, though, has managed to keep things going on the football pitch.

Whilst there will have been a shift in the odds that EagleBet offer members on the UEFA Champions League, Bayern Munich remain outright favourites to retain the UCL title, whilst Manchester City and Liverpool retain their status as the football teams likely to challenge the German giants.

UCL Matchday 3 has 20 top football matches to be played. Check them below.

Predictions And Best Sports Betting Markets For The UCL

Matchday 3 of the Champions League 20/21 will provide plenty of opportunities for sports bettors as there are a plethora of great football games and betting markets available for punters to place a bet on.

As mentioned before, at EagleBet Sportsbook we provide our members with an untold amount of available markets prior to and during the Champions League 20/21 matches, thus allowing football viewers to have an unrivalled sport betting experience when using our platform.

One of the standout fixtures from the Tuesday slot of games is the Real Madrid vs Inter clash as this will see two of Europe’s biggest football clubs go up against each other. Whilst Real Madrid have been performing well in La Liga, there have been issues in the UEFA Champions League so far and their match against the Serie A giants could already be considered a must-win. EagleBet has the Spaniard’s favourites – and this could be a good bet to jump on – as they will have to attack from the beginning.

Edouard Mendy To Keep A Clean Sheet Against Krasnodar

Champions League Wednesday’s fixtures, arguably, offer a little more as there are plenty of great football games to follow. Our prediction that Edouard Mendy would keep a clean sheet against Krasnodar came in and it would not be a surprise if he were to keep another when Chelsea host his former football team, Stade Rennais, at Stamford Bridge.

Elsewhere, RB Leipzig vs PSG perhaps looks the tastiest fixture of everyone to be played on Champions League Wednesday’s matchday 3, although Istanbul Basaksehir’s encounter with Manchester United could end up being a goal-fest for the Premier League football team as the Red Devils have blown their opponents away so far. Picking Marcus Rashford – who is the current UEFA Champions League top goalscorer – to score any time could be a great bet; even if he only features from the bench to begin with.

Check EagleBet Sportsbook for more top football sports betting tips and predictions with the Champion League edition of 20/21 being the main tournament for all sports bettors.