You are here: Home »  Blog » EFL Carabao Cup Betting Predictions Round of 16 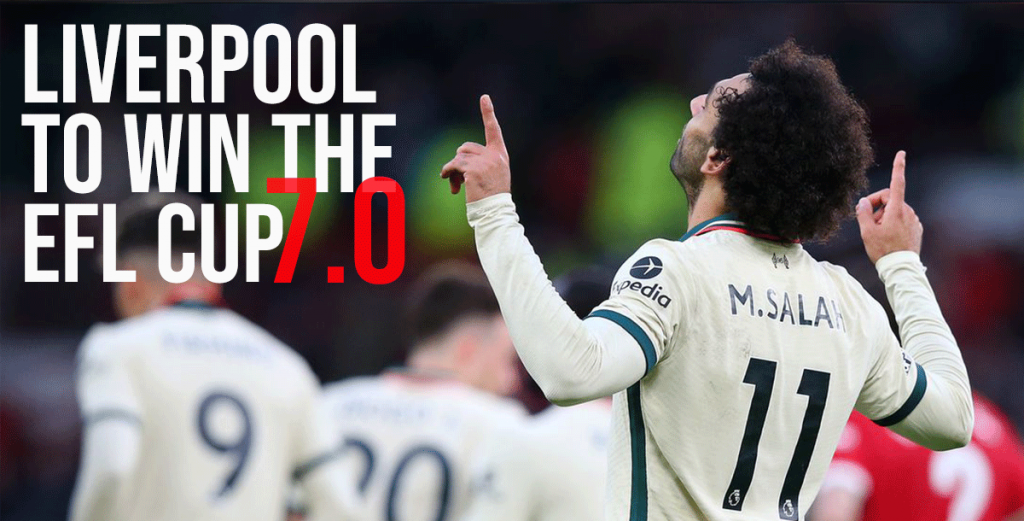 Welcome to EagleBet’s award-winning betting guides with predictions, odds and tips in the Football League’s cup competition as teams from the Premier League, Championship and the last surviving League One side battle for a place in the quarter finals. The footballing highlight of EFL Cup night is Manchester City v West Ham, but the fun of the EFL Cup is the chance of an upset – and none would be bigger than Liverpool away to Championship side Preston. So welcome to EagleBet’s EFL Cup betting guide with predictions, tips and odds.

Odds aren’t great but Leeds haven’t beaten Premier League opposition away this season, and indeed have only won one Premier League match. Yes they looked much better against Wolves this weekend but Arsenal are unbeaten in five and (whisper this) actually looked pretty good in their 3-1 victory over Aston Villa on Friday.

EagleBet tip: We like Arsenal for this. Pierre-Emerick Aubameyang is on fire at home as we tipped to score in our Premier League predictions last week and is worth a small bet as any time goal scorer at EFL Cup odds of 2.1.

Chelsea oozed goals against Norwich (OK “so what?”, you might say) but they should be way too strong for Southampton.

QPR of the Championship were terrible in losing a lead against lowly Peterborough at the weekend but won their previous three in the league at home prior to that. They score more than a young Jack Nicholson but are desperately vulnerable defensively. Sunderland had been going strong in League One before losing 1-0 at home to Charlton last weekend.

EagleBet tip: Over 2.5 goals at odds of 1.68 should be free money. A small bet on Ilias Chair any time goal scorer might be worth a punt at odds of 3.4

Spurs should win this comfortably with their talent, but they looked dreadful at the weekend. While Burnley have finally found a goal scorer.

EagleBet EFL Cup Prediction: Draw (though Spurs should win if they play to their potential)

EagleBet tip: We wouldn’t bet big but the odds are generous on a draw

Leicester have impressed us lately and score for fun. Brighton are starting to get found out.

EagleBet tip: Over 2.5 goals at EFL Cup odds of 1.85 looks tempting as we could see Leicester in particular scoring a few. Over 3.5 goals for Leicester might sound ridiculous but at odds of 10.5 we are half tempted with a small wager – they scored four against Man Utd in the Premier League and against Spartak Moscow in the Europa League.

This could be a bloodbath. Liverpool are brutal right now. Preston have been hard to beat at home, but they haven’t played Liverpool. The Eagle saw them recently and they looked workmanlike at best, losing 2-0 away to Blackpool at the weekend.

EagleBet tip: Handicap of -2 on Liverpool

EagleBet tip: Brentford all the way

We wouldn’t bet on this match. The Hammers could scrape a draw but equally City could do what City do. We predicted a draw and the odds are certainly very attractive for a very plausible scenario, but there are safer bets out there.

EagleBet tip: Save your money

Get The Best Sportsbook Betting Bonuses

There are always new welcome bonuses at EagleBet. Use a bookie’s cash to bet on the EFL Cup by signing up now. Read our Premier League betting guide and use our predictions to bet on great odds and win big with a big new welcome bonus.