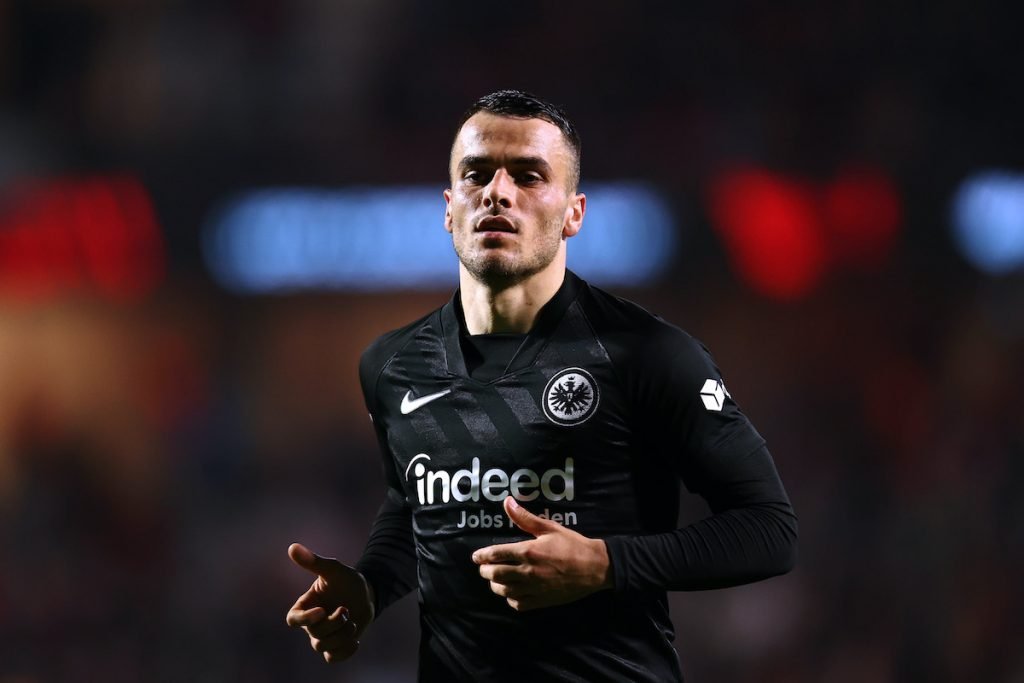 On Sunday afternoon, Eintracht Frankfurt will host VfL Bochum at Deutsche Bank Park for their Matchday 26 fixture of the 2021/22 Bundesliga season. Having lost its earlier form, Eintracht Frankfurt resides outside the top-half in 10th spot with 34 points. In contrast, Bochum has been on an upward trend and presently hangs just 2 points behind in 11th position.

On Sunday afternoon, Eintracht Frankfurt will host VfL Bochum at Deutsche Bank Park for their Matchday 26 fixture of the 2021/22 Bundesliga season.

Having lost its earlier form, Eintracht Frankfurt resides outside the top-half in 10th spot with 34 points. In contrast, Bochum has been on an upward trend and presently hangs just 2 points behind in 11th position.

What are Eintracht Frankfurt Odds against VfL Bochum ?

What was Eintracht Frankfurt Performance on the last 5 Bundesliga matches ?

Eintracht Frankfurt is unable to replicate its performances from the 1st half of the season having collected just 7 points from 8 matches since the winter-break.

Oliver Glasner should set his side out in the 3-4-2-1 system which he has used for much of this season.

Kevin Trapp takes his place as the goalkeeper with Martin Hinteregger in the middle of the 3-man defence with Tuta and Obite Evan Ndicka on either side of him. Defensively Frankfurt has looked quite weak at the moment even though it has done a decent job overall.

Club-captain Sebastian Rode stays on the sidelines so Kristijan Jakic and Djibril Sow are the holding-midfielders in front of the defence. The youngster Ansgar Knauff should keep his spot on the right-wing after a stellar show last week while Filip Kostic will start down the left–side. Rafael Borré will be the centre-forward with Daichi Kamada and Jesper Lindstrøm as the supporting-strikers behind him.

What are VfL Bochum Odds against Eintracht Frankfurt ?

What was VfL Bochum Performance on the last 5 Bundesliga matches ?

By taking 12 points from 8 league-matches since the winter-break, Bochum has moved away from the drop-zone and closer to the top-half of the table.

Manager Thomas Reis will deploy his team in their usual 4-3-3 formation with a flat midfield-trio. Manuel Riemann will stand in goal with Maxim Leitsch and Erhan Masovic as the central-defensive pairing.

Cristian Gamboa is suspended so Konstantinos Stafylidis could fill-in at the right-side of the backline with Danilo Soares in his regular left-back role.

Skipper Anthony Losilla is the anchorman of the team with Elvis Rexhbecaj and Eduard Löwen being the central-midfielders in support.

Bochum has struggled in attack, averaging just about 1 goal per game which drops a lot further on the road.

Sebastian Polter is the main striker of the side while Christopher Antwi-Adjei and Gerrit Holtmann will start out on the wings.

Despite losing its form, Eintracht has scored 9 goals in the last 8 matches but without keeping a single clean-sheet. Bochum has netted 11 goals in the previous 8 fixtures but also conceded 9 times in this period with no clean-sheets.

Frankfurt has scored 7 goals in the 2nd half of its 12 home-games and has also conceded 7 times in this period.

Eintracht Frankfurt has the joint worst home-record and Bochum has the poorest scoring-record on the road, so a draw looks a pretty likely outcome.