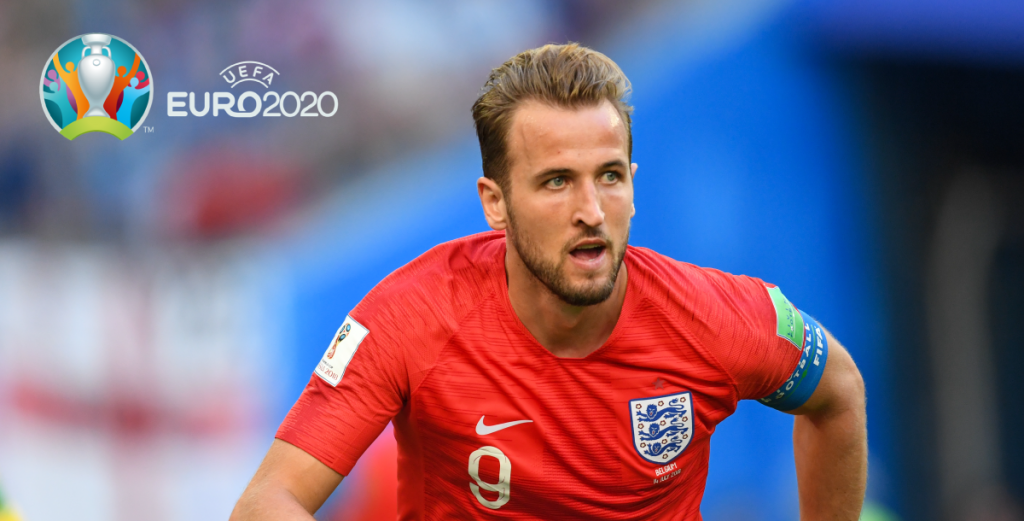 England are outright betting favourites to win Euro 2020 whilst Raheem Sterling could be the Golden Boot winner. Check out all the latest betting odds here at EagleBet!

England are now considered to be the favourites to win the 2020 UEFA European Championships outright after they booked their place in the quarter-finals stage of the competition following their victory over Germany at Wembley Stadium on Tuesday 29 June.

The Three Lions have always been favoured by a number of sports bettors around the world that have been taking part in Euro 2020 betting this summer, but our EagleBet team have decided to provide all the latest information that is available, as well as provide an insight on everything related to the England national football team.

England’s Euro 2020 Route To The Quarter-Finals

England have managed to confound expectations throughout this Euro 2020 football competition, with the team having been able to reach the quarter-final stage of the competition thus far.

The road to the last 8 has been rather smooth for the country, although they have had their moments in which many will have been left feeling rather unsatisfied at times.

The Group Stage provided a mixed bag of fortunes for the Three Lions, as England opened their 2020 UEFA European Championships up with a solid 1-0 victory over Croatia.

However, their 0-0 draw with Scotland was rather disappointing and those that witnessed the football match will have been rather concerned with what they had seen as Scotland could – and perhaps deserved – to actually have won that game.

Nonetheless, England have since bounced back and managed to defeat the Czech Republic 1-0 and finish Group D in the top spot, leading to the Round of 16 match with Germany.

Of course, England managed to finally beat the Germans in the knockout round of a major football tournament for the first time since 1966, as they won 2-0 via goals from Raheem Sterling and Harry Kane.

The win means Gareth Southgate’s side will now need to leave Wembley Stadium for the first time in the Euro 2020 competition, as they will go to Rome and play Ukraine for a place in the Semi-finals.

There is no doubt that Raheem Sterling has been the best player for England at the 2020 European Championships this summer, as his goals have proven crucial. Aside from Kane’s goal against Germany, Sterling is the only player to have scored for the Three Lions so far.

There has been plenty of clamour from English supporters and media for Jack Grealish to play from the start and his performances have been solid when given the opportunity to play, although there are some questioning what Jadon Sancho needs to do to get in the team.

Declan Rice and Kalvin Phillips have also been outstanding as defensive midfielders, as they have been a huge reason as to why England are yet to concede a goal in the tournament, with Jordan Pickford and his defence also proving to be as solid as a wall when teams try to attack and break them down.

Naturally, given the stature of the competition, Euro 2020 betting is incredibly popular for EagleBet readers, which is why our team have looked at the odds that have been provided by Bet365 and Mr Green in regards to England.

Having seen off Germany in the quarter-finals, the route to the 2020 Euro Final is thought to be rather favourable for England, with Ukraine standing in their way, as well as a meeting between either the Czech Republic or Denmark in the semi-finals, if they get through, of course.

For this reason, it should come as no surprise that sportsbooks have England as the outright winner favourite, with Bet365 placing a price of 2.87 on the Three Lions being crowned Champions, whilst Mr Green offers a price of 3.05.

Spain are being backed as the likely challengers in the Euro 2020 outright winner market, with 4.00 and 4.20 being offered respectively.

At this present time, it would be hard to find anyone other than Raheem Sterling being crowned the Golden Boot winner for England, although he may have some work to do if he is to be able to win the overall prize.

Bet365 are offering 8.00 for the forward to be the outright Euro 2020 top goalscorer winner, with Portugal’s Cristiano Ronaldo out in front with 5. However, Sterling will only need to get 2 goals to draw level and with potentially 3 games to play, there is no reason as to why he can not catch the legend with Portugal out of the competition.

Mr Green have a shorter price on Sterling being named the outright top goalscorer, though, with a price of 6.00 having been set.

Check out all of our other Euro 2020 betting updates and betting tips and predictions here at EagleBet now!