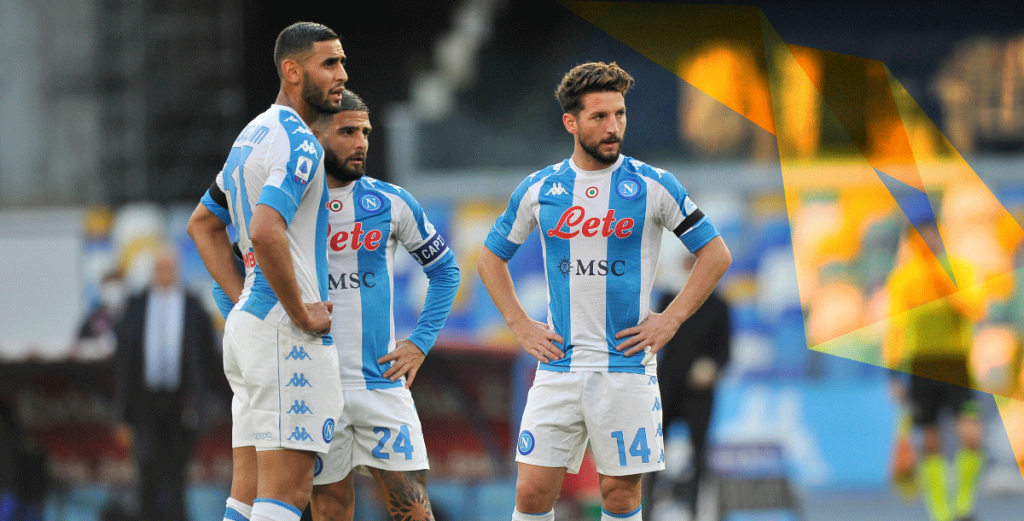 Please study our carefully selected bets and use the welcome bonuses we have negotiated for you to bet on our tips.

Important: the football authorities are like civil servants: they love re-organising things, and the Europa League is different this season. The club that wins the group goes into the last 16 directly and they get two free midweeks.
This should encourage the top teams to play their strongest 11.

It also means that clubs like Leicester and Napoli could be over-priced, given they are in the same group and only one will therefore have the advantage of the new format.

Thursday’s encounter is clearly the tie of the round on Matchday 1 in the Europa League with two of the favourites for the tournament playing at the King Power Stadium.

In the Premier League last season, the Foxes finished fifth to qualify for the Europa League for the second year running.
They got to the last 32 of the Europa League but then lost 2-0 on aggregate to Slavia Prague in something of an upset.

Although a bit unlucky against Manchester City, Leicester are not in the best of form and we are surprised to see them second favourites to win the Europa League 21/22 at these odds. Leicester City have lost six of their last nine matches in the Premier League.

To put that in context, prior to that in the Premier League they only lost five in 24 games. These defeats included a 4-1 loss to West Ham, who according to the bookies are longer odds to win the Europa League.

Napoli Missing Some Stars Against Leicester

As for Napoli, Ospina and Osimhen were among players who looked like they might miss the match because they played in so-called covid “red list” countries in the recent internationals. However, Napoli now believe that situation is sorted, which would boost their odds of winning this Europa tie.

Napoli lie 3rd in Serie A with three wins out of three, having let in just two goals. Possible winners of the Europa League for us, though we are also tempted by a small bet on Monaco.

EagleBet Predicts a Draw For Leicester vs Napoli

EagleBet tip: Bet on a draw at great odds as we think Leicester are well over-priced here

These teams have only met once in the Europa League, back in 2006 and it ended honours even.
Both clubs have injuries but the Turks rather more, with star man Mesut Özil unlikely to start after an injury-troubled period at the club amid reports he wants to leave – despite only joining in January. They will probably have to play Bright Samuel at right wing back but he is all about going forward so Frankfurt could have some joy if they get in behind him.

Eintracht Frankfurt Will Play Without Some Key Players

Frankfurt could be without Sebastian Rode, Almamy Touré and Ragnar Ache.

It has not been a fantastic start to the Bundesliga season for Frankfurt, perhaps, with three draws and a loss in their opening four games. They were also knocked out of the DFB Pokal by lowly opposition. That said their last three games have been drawn and their defeat before that was to Borussia Dortmund.

Fenerbahçe are in much better form, albeit in a less competitive league than the Bundesliga, being unbeaten in six matches across all competitions (W5, D1) so far. However, they haven’t won any of their last four Europa League away games apart from qualifiers.

EagleBet tip: We think Frankfurt will win this but given the odds we wonder if under 2.5 goals at 2.2 might be a better bet given that neither team has been prolific in front of goal this season

No great need for a big preview of this one as this should be a stroll in the park for Leverkusen.
But there is no point betting on Leverkusen for a straight win in this Europa League Matchday 1 encounter at these odds.

Despite their thrilling 4-3 Bundesliga defeat to Dortmund last time out, Leverkusen have enjoyed a solid start to the season and have been scoring for fun: 15 goals scored in five games.

As for Ferencvaros, they have also scored a few goals but are also prone to concede.

West Ham are about to enjoy a whole new experience: competing in the group stages of a European competition, never having done so before.

This Matchday 1 Europa League showdown represents a tough test of the Hammers in what is traditionally a hostile environment. Dinamo Zagreb have been Croatian champions for four seasons running – and 14 times out of the last 15 – and they got to the quarters last time. They sit, as is their fashion, at the top of their league having won five out of seven.

However, the Hammers are in fine form and remain unbeaten in four Premier League outings. To get here they finished 6th in the 20/21 Premier League ahead of some big clubs so they have certainly earned the right to play at this level.

Will West Ham Manage Their Squad For Premier League?

Manager David Moyes, though, has to balance European ambition with domestic needs and so might rest a few key players just three days before West Ham face Ronaldo’s Manchester United. He might as well play key man and in form striker Michail Antonio, however, as he is suspended for the United match so can have his rest at the weekend.

West Ham New Stars To Feature In The Initial Lineup

Three new signings are expected to start in the first meeting between these two clubs: Kurt Zouma, Alphonse Areola and Nikola Vlasic.

For Dinamo Zagreb, goalkeeper Dominik Livakovic was injured for Saturday’s league match and is doubtful. Dino Peric and Mario Gavranovic are out.

EagleBet tip: Dinamo are backed by some but West Ham are in great form and will be relishing this match. The draw has attractive odds. Also, Dinamo don’t score many so look at the under 2.5 goals at around 2.0.

Take advantage of one of our welcome bonuses in the Sportsbook of one of our partners if you haven’t done that already – such as Zodiac or Neo.bet – and use one of our betting tips and predictions to claim your free bonus and bet on the Europa League Matchday one. All odds are subject to change.