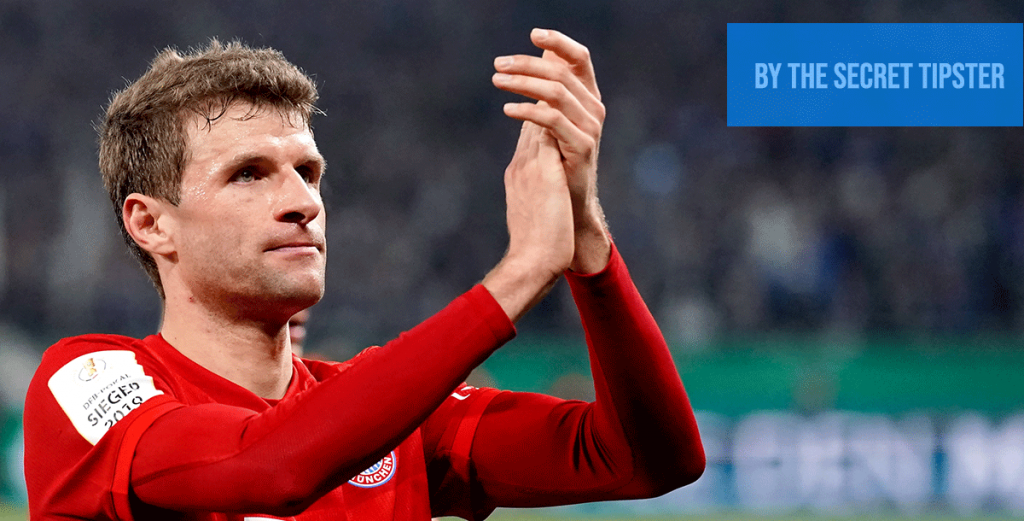 During the international break smart bettors are taking the chance to review the outright betting opportunities in major leagues such as the Bundesliga, La Liga, Serie A and Ligue 1. The informed punter now has enough data to see who is over-priced and where there is emerging value in the market this season. If you have already bet on final league positions for 2021/2, now is the time to review your positions. If you haven’t yet bet, now is a safe moment to make some informed decisions and bet on final league positions in the Bundesliga, La Liga and Serie A. For those of you who still don’t know, the Secret Tipster has made millions from his personal sports betting and has also worked at the highest level of the industry. Exclusively to EagleBet, he shares his predictions and tips to help you enjoy some of his success betting on football.

With seven rounds of the Bundesliga played, there is a familiar look to the top of the table with Bayern Munich holding top position, albeit on an equal number of points with Bayer Leverkusen. Bayern are looking for their tenth Bundesliga title in a row and the bookmakers can’t see there being much chance of that not happening, with the best odds on Munich being just 1.20 with Betway.

Borussia Dortmund, who currently sit in third one point behind the leaders, are the next most fancied side at 7.50 with Bet365 while second placed Bayer Leverkusen are at 26.00 with Unibet to win it. The only other side considered to be contenders are RB Leipzig who are currently in eighth place and can be bet at 29.00 with Bet365.

Conclusion: It’s hard to see past Bayern Munich who have a squad with such strength and depth that they should win the Bundesliga comfortably. Probably 1.20 is actually quite good value although you are locking your money up for almost six months.

Three teams have 17 points from the first eight games but it is Real Madrid who top the table and the bookies have them as firm favourites to win La Liga.

They are best priced at 1.85 with Unibet. Atletico Madrid and Real Sociedad are the other two sides at the top and it is Atletico who are second favourites at 3.50 with Betway.

Real Sociedad are a massive 34.00 with Bet365 who clearly believe they cannot sustain their challenge. In fourth place are Sevilla who have 14 points from seven games and they can be backed at 12.00 with Unibet.

Once mighty Barcelona, who have all sorts of money and player problems this season, are a top price at 11.00 with Unibet but it is really hard to see them mount a serious challenge this season.

Conclusion: Real Madrid lead the xG ratings by a long way with a 2.15 xG per game over the first eight fixtures. However I think Atletico Madrid are the value bet here at 3.50 as they have had a tougher start to the season and yet still have the same points as Real Madrid.

Atletico beat Barcelona 2-0 last weekend and I think the bookies are under-rating them at the moment.

The most open of the European leagues and surprise packages Napoli top the table after seven games with a 100% record.

The bookies have sat up and taken notice. Having been 17.00 to win Serie A at the start of the season, they are now generally 3.75 with bookies like Unibet and Bet365. But the favourites are Inter Milan, who are a top price of 3.25 with Betway.

Inter lay in third place, just behind their local rivals AC Milan who are 6.00 with Bet 365 to win the league.

Slow starters Juventus are the only other side in single figures in the betting odds and the Old Lady are on offer at 5.00 with Mr Green.

My pre-season fancies were Atalanta but they have struggled and are out to 12.00 with Bet365.

Conclusion: The problems surrounding the Chinese owners of Inter Milan aren’t getting any better and you have to think that at some point this will have an impact on their performance on the pitch. I couldn’t back them for the title at the odds on offer at the moment. I think this creates a little bit of value in the betting and my suggestion is to have a bet on Atalanta, who are better than the bare results suggest. Their Champions League performances have shown that they are a decent side and with the same number of points as Juve so far they can be backed at two and a half times the price. I think come the end of the season they will be much nearer the top of the table, if not the winners.

There really is not much point writing about this league, and I am not a tipster who comes up with silly predictions to get you to bet for the sake of it. PSG are well clear at the top of the table with 24 points from 9 games. Unsurprisingly they are 1.05 with Bet365 to win Ligue 1 and although it is hard to see them mucking it up with a squad of such incredible talent, it’s probably not the best use of your betting funds to have a large bet on them.

Claim a welcome bonus from one of our partners listed on this site and use predictions and tips from the Secret Tipster to bet on the outrights, either in the Bundesliga, La Liga, Serie A or Ligue 1.