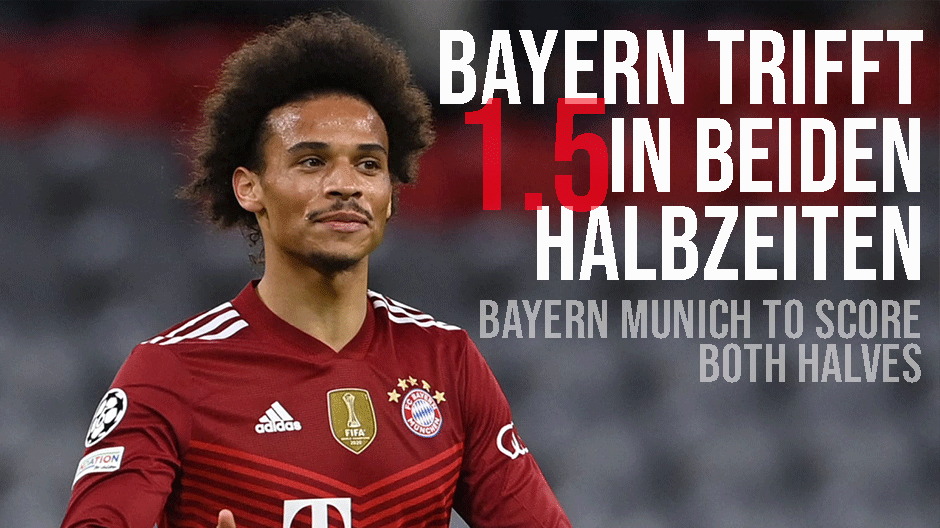 Bundesliga action returns following the international-break on the 19th of November with Round 12 of the 2021/22 season. Bayern München extended its lead at the top to 4 points after Borussia Dortmund suffered another league-defeat to remain on 24 points. Freiburg stays in 3rd spot despite going down to the defending champions while RB Leipzig and Wolfsburg notched important victories for a place in the top-5 of the Bundesliga table.

Augsburg is in 16th position at the moment having managed to win just 2 of its 11 league-fixtures this season. Bayern has racked up 4 straight victories since going down to its only defeat in the Bundesliga till now.

Having picked up just 4 points from the last 6 matches, Augsburg has lost 5 of its previous 6 home-meetings against them. However, Bayern has only kept 1 clean-sheet so a home-win with both sides on the score-sheet seems quite likely.

Over 2.5 Total Goals will be an extremely safe option for this clash. More than 2 goals were produced in 4 of the past 6 matches featuring Augsburg. Meanwhile, there have been 3 or more goals in each of the past 10 Bundesliga matches for Bayern München.

Borussia Dortmund kept hold of 2nd spot but fell 4 points off the top after going down to its 3rd loss of the Bundesliga campaign. Stuttgart hangs above the drop-zone having managed only 1 win from the previous 10 fixtures.

Choosing the home-side on the Result & Both Teams to Score market is one of the safest picks here. Dortmund has won all its 6 league-games at Signal-Iduna Park but only managed 1 clean-sheet all season. Stuttgart has failed to score in just 3 matches and should get a goal in this clash.

Going for over 1.5 goals from the home-team is also a very safe bet for this clash. Dortmund has scored 2 or more goals in all its 6 home-games thus far. On the other hand, Stuttgart has conceded 10 goals in its 10 matches on the road.

With 14 points in its tally, Hoffenheim is currently just outside the top-half having earned just 3 victories from the last 10 matches. After its slow start, Leipzig stayed undefeated through the past 7 fixtures to climb up to 5th spot.

Taking the double-chance for a home-win or draw will be an astute choice in this encounter. Hoffenheim has taken 10 points from its 5 home-games that include a 3-game winning-run. Leipzig is yet to win on the road this season even though it has not lost the last 3 away-matches.

Also, selecting the under 2.5 option for the Total Goals market looks a smart pick here. Hofenheim will take a fairly defensive approach against one of the top sides in the league. Meanwhile, there have been fewer than 3 goals in each of the 5 away-games in the Bundesliga for Leipzig.

After an impressive start to the season Leverkusen has failed to win its past 4 Bundesliga matches which has dropped the club to 6th spot. Bochum has moved up to 12th position despite suffering 5 defeats in the first 7 fixtures.

Leverkusen is the hefty favourite but it has also lost 3 of its last 5 league-matches at BayArena conceding 11 goals in the process. On the other hand, Bochum has bagged 3 wins in the last 4 games. And so, the double-chance for a draw or away-victory looks a rewarding choice.

Despite being the 3rd highest scoring team in the Bundesliga, Leverkusen has only got 2 goals in the past 3 home-games. Bochum averages less than a goal per game but has kept 3 clean-sheets in the last 4 matches. Hence, Under 2.5 Total Goals is probably the right choice for this fixture.

Enjoying a stellar campaign thus far, Freiburg remains in 3rd spot in spite of its first loss of the season in the previous match-week. Eintracht earned a much-needed victory to push the club a bit further from the bottom-3.

Both Teams to Score is the market that looks the most favourable for this fixture. Freiburg has scored a goal in all 5 home-games this season but has managed only 1 clean-sheet. Frankfurt has failed to score in only 2 league-matches so far but has not kept a clean-sheet in the last 9 fixtures.

Over 2.5 Total Goals is a pretty good option too. Freiburg is averaging exactly 2 goals per game on home-turf but has bagged only 1 clean-sheet. Eintracht has conceded in every away-fixture till now but it has also scored 8 times during its 6 matches on the road.

Claim a welcome offer on EagleBet – such as Neo.bet – and use our 1. Bundesliga, tips and predictions.