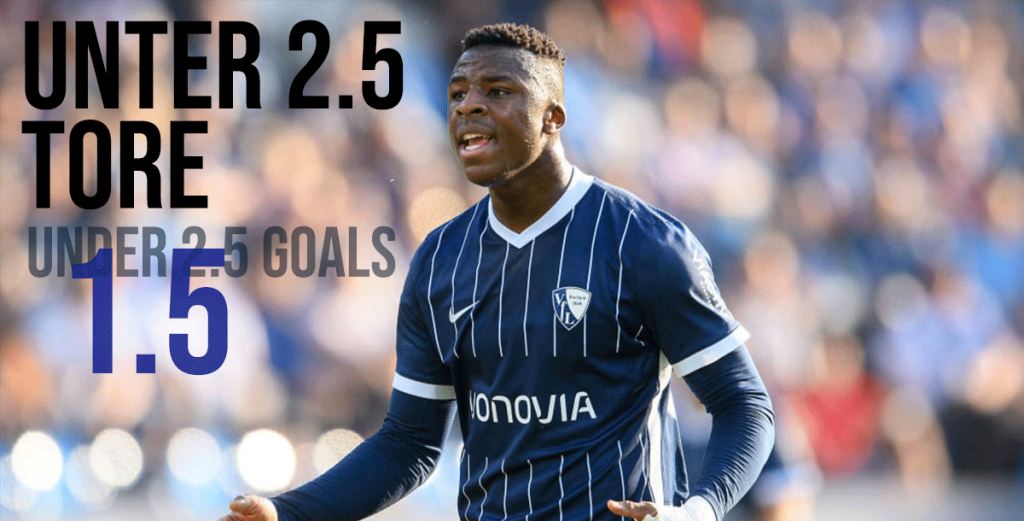 The 2021/22 Bundesliga season reaches Matchday 13 this weekend after some fascinating results in the previous round of fixtures. Bayern München stays on 28 points after going down to its 2nd league-defeat of the season and allowing Borussia Dortmund to cut its lead down at the top to just a single point. Freiburg remains in 3rd position for the time being with a 6-point deficit to the leaders while Bayer Leverkusen is a point further off after making its return to the top-4.

Having managed only a win since the opening-week, Stuttgart has fallen into the relegation-zone following 3 consecutive losses. Mainz remains in 8th spot despite earning just 2 victories from the last 8 games in the Bundesliga.

Stuttgart averages 2 goals per game at the Mercedes-Benz Arena although it has not kept any clean-sheets. Meanwhile, Mainz has scored in the past 6 league-matches without keeping a single-clean-sheet. Hence, the 1.61 line on Both Teams to Score is a decent offer despite the slightly short price.

While Stuttgart has the 3rd worst defence in the division, it has shored up its backline somewhat having conceded just 3 goals in the last 3 home-games. Mainz has scored just 5 times on the road this season. Therefore the 1.66 line on Under 1.5 Goals for the away-side looks a good bet.

Köln is in 12th spot having dropped into the bottom-half after failing to take a win from the previous 5 fixtures. M’gladbach has crept into top-half after picking up 7 points from the last 3 matches to occupy 9th position.

Home-form has been crucial for Köln having taken 3 wins out of 6 at the Rhein-Energie Stadion. On the other hand, M’gladbach has only bagged 4 points from its 6 away-games in the Bundesliga. This makes the 1.90 offer on the home-side to Win Either Half a pretty good pick for this match.

Despite its shallow recent-form, Köln is still undefeated at home this season. On the other hand, M’gladbach has suffered 4 defeats in its 6 matches on the road so far. Therefore the Double Chance on a home-win or draw with 1.60 odds appears to be a reasonably good deal.

Wolfsburg stays in the top-6 of the Bundesliga with 7 points from 3 matches under the new manager Florian Kohfeldt. Dortmund extended its fantastic winning-run at home to move within touching distance of the top-spot.

The 1.60 line for Under 1.5 Goals for the home-side appears to be the safest pick in this clash. Thus far Dortmund has not earned a single clean-sheet on the road. So Wolfsburg is likely to get a goal in this clash although it has not scored more than one in any of its 5 league-fixtures on home-turf.

The 1.71 line on the visiting-team to Win Either Half looks a decent bet here. Wolfsburg has only got 4 points off the past 4 home-games with just 3 goals in this period. Dortmund notched 5 wins from its last 6 league-matches and has won on each of its previous 6 trips to the Volkswagen Arena.

After making a poor start to the campaign, Bochum has moved out of the drop-zone with 3 wins from the last 5 matches. Freiburg began the season brightly and kept hold of 3rd spot despite going down to successive defeats.

At present, Freiburg averages less than 2 goals per game and it will probably not score more than one in this match. Despite its lowly position in the table Bochum has the defensive-record at home with 4 clean-sheets in 5 matches. So the 1.66 line on Under 1.5 Goals for the away-side looks a fine bet.

Moreover, Bochum has an average of less than 1.5 goals per game on home-turf and has let in only 3 goals thus far. At the same time, Freiburg has the best defensive-record away from home having conceded only 5 goals. This makes the 1.85 offer on Under 2.5 Total Goals a good option.

Leipzig dropped back to 7th position in the league-table after going down to its 4th loss of the campaign. Bayer Leverkusen climbed back up to 4th spot in the standings courtesy of its first victory in 5 league-matches.

For Leipzig, home-form has been essential and with the club scoring at least 2 goals in the last 4 home-games. Leverkusen has done well on the road defensively but has managed to get only 1 clean-sheet till now. And so the 1.66 line on Over 1.5 Goals on Leipzig should be a safe bet.

Our Bundesliga betting tips pros believe picking the home-side for the 2nd Half Result for an attractive price of 2.15 is another fine option. Leipzig has netted a goal in the latter period of all 6 home-games scoring 2 goals on 3 occasions. Meanwhile, Leverkusen has scored just 1 goal in the last 45 minutes of the previous 5 fixtures.

Bet On The 1. Bundesliga

There are great bets in the Bundesliga with great odds, as our winning tips last week showed.

Just use the free money on offer from our partners sports betting bonus list – there are no limits to how many accounts you can have – and use this 1.Bundesliga betting guide with our odds, predictions and tips to earn some money.

Remember to sign up to our newsletter and get our winning betting guides.