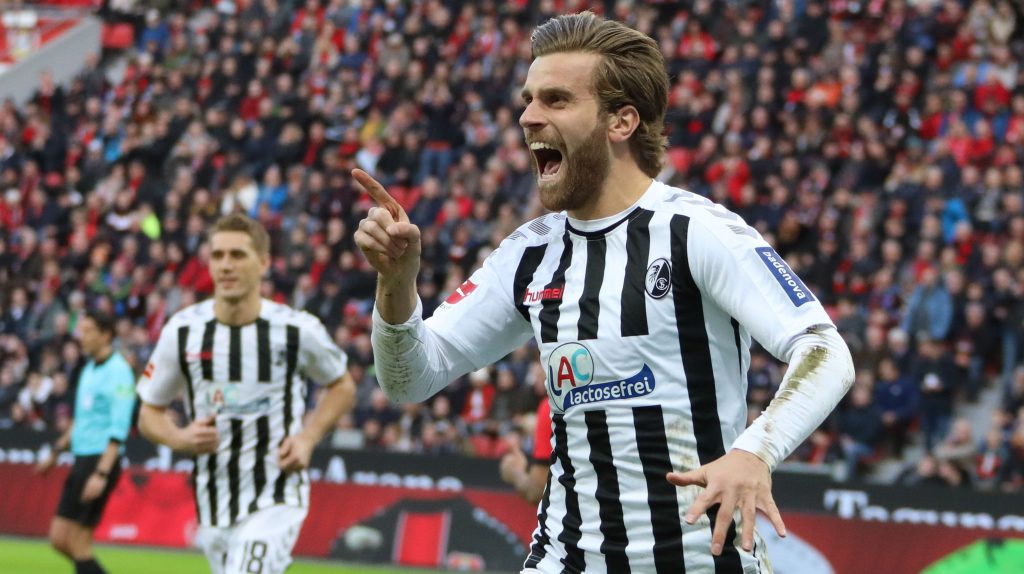 The 2021/22 Bundesliga season heads into its international-break for the month of November with nearly one-third of the campaign in the books. As expected the title-challenge is turning out to be a the two-horse race if at all, but there have numerous surprises and exciting moments this season with several new managerial appointments and one unfortunate sacking already.

Record-champions and 9-time defending champions Bayern München lead the standings with 28 points at the end of Round 11. As most anticipated, Borussia Dortmund has emerged as its closest challengers with 24 points but it remains to be seen how long it can stay within touching distance. With 22 points, Freiburg is in 3rd spot at the moment and 3 points ahead of Wolfsburg with RB Leipzig and Bayer Leverkusen a point further behind.

Bayern Munich Performance on The 1.Bundesliga

Bayern brought Julian Nagelsmann from RB Leipzig to be its new manager at the start of the season besides snatching two prized assets in centre-back Dayot Upamecano and skipper Marcel Sabitzer from the club. Under its new coach, Bayern is an even more eye-catching, attack-minded side but one that is liable to concede more goals as proven by the humiliating early exit from the DFB Pokal.

Nevertheless, Robert Lewandowski is in tremendous form with 13 goals in 11 league-matches while Thomas Müller has also been quite influential having provided 8 assists in addition to his 4 goals.

Borussia Dortmund Performance on The 1.Bundesliga

Borussia Dortmund appointed Marco Rose as the new manager earlier this year and it has been a good journey so far with 8 wins and 3 defeats. The team has stayed true to the attacking philosophy of the club having scored in all but one league-game this season.

However, it has kept only 1 clean-sheet which clearly highlights its problems at the back. Dortmund has won all 6 home-games but has lost 3 of its 5 matches on the road. Erling Halland is the top-scorer with 9 goals in just 6 games while Jude Bellingham and Giovanni Reyna are two of the best young players in the Bundesliga.

The Race for Top-4

Freiburg Performance on The 1.Bundesliga

Despite featuring in its 6th straight season at the top-tier of German football, Freiburg is punching well above its weight at the moment to be in the top-3 spots at this stage. The club stayed unbeaten through the opening 11 games before succumbing to a narrow loss away to the defending champions in the last match.

Under its long-serving manager Christian Streich, this Freiburg side has stayed true to his tenets by delivering the meanest defence in the league and making the most of set-piece opportunities. The front-3 of Lucas Höler, Vincenzo Grifo and Jeong Woo-Yeong has 3 goals each.

Wolfsburg Performance on The 1.Bundesliga

Currently taking 4th spot in the Bundesliga, Wolfsburg has had an eventful season thus far, to say the least. The 2008/09 champions signed Mark van Bommel as the new manager in the summer and spent the early weeks at the top of the league-table by starting off with 4 consecutive victories.

But it unravelled quickly with 4 straight defeats and the Dutchman lost his job after Matchday 9 with Florian Kohfeldt coming as his replacement and since then Wolfsburg has bagged back-to-back wins. They remain a low-scoring team for now but it still has one of the tightest defences in the league.

RB Leipzig Performance on The 1.Bundesliga

RB Leipzig is undergoing a period of transition having parted company with the manager besides selling off 3 of its crucial players. Jesse Marsch got promoted from RB Salzburg to take the more high-profile job in Germany with a host of young talents with great potential coming in through the door.

But it did not start all too well for the American, with 3 losses in its opening 4 league-games. Leipzig is unbeaten in the Bundesliga since but is yet to win on the road and has already been dumped out of the Champions League from a very difficult group. French striker Christopher Nkunku has been the star-player with 10 goals in all competitions to his name so far.

Bayer Leverkusen Performance on The 1.Bundesliga

Bayer Leverkusen prised away Gerardo Seoane from Swiss club Young Boys to be its manager at the start of the season. Leverkusen made an excellent start under the new boss winning 5 of its opening 7 matches to emerge as a possible contender for the title.

But a 4-game winless-run has dropped them to 6th position and sent it down the pecking order yet again. Still there are a lot of positives with Czech striker Patrik Schick getting 8 goals in 9 matches before his injury and teenager Florian Wirtz is the latest breakout star in the Bundesliga after producing 4 goals and 6 assists this season.

Mainz occupies 7th position in the Bundesliga with 17 points separated only by goal-difference from Union Berlin in 8th place. Mainz had a fine start to the season by winning 3 of its first 4 fixtures. The club then suffered 3 consecutive defeats to push it down the table but has recovered its form by staying unbeaten through the past 3 matches. Union Berlin also went unbeaten through the opening 4 matches despite having numerous new arrivals and an ageing squad. They have only lost 2 matches but at the same time, have only managed to win 4 of its 11 matches till now.

Borussia M’gladbach has moved up to 9th spot after making a dreadful start with only 1 win from its opening 5 league-fixtures. However, the form has improved having picked up 3 wins and only suffered 1 defeat in its last 6 matches. Victory over Dortmund in the Bundesliga and a massive win against Bayern in the DFB Pokal has boosted its confidence as well.

Hoffenheim begins the bottom-half of the table followed by FC Köln in 10th and 11th spots respectively, with both teams locked together on 14 points at the moment. A point further off, Bochum currently has 12th position in the Bundesliga ahead of Hertha Berlin with only goal-difference splitting the two clubs after Round 11.

The Fight for Survival

Newcomers Greuther Fürth looks extremely likely to make an immediate return to the 2.Bundesliga having only picked up 1 point thus far which includes an ongoing 9-match losing-streak. They have the leakiest defence in the league having failed to keep a single clean-sheet this season besides possessing the lowest-scoring average, too.
Arminia Bielefeld lies 2nd from bottom in the Bundesliga table having racked up just 8 points so far after failing to win any of its opening 10 fixtures. It is the lowest-scoring team in the league having netted just 7 goals in 11 matches. Yet Bielefeld is only 2 points from safety at present after bagging its first win of the season right before the international-break.

Currently Augsburg lies in the relegation-playoff spot with just 9 points in the standings. Efficiency at both ends of the pitch has been the issue with the club earning only 2 wins from its 11 league-games including 4 straight defeats on the road. Having the 3rd lowest-scoring tally and the 3rd worst defensive-record highlights the struggles of this team.

Stuttgart is placed just beyond the drop-zone with 10 points to its name. The club only has 2 league-wins this season and the pressure is mounting with the club failing to win the past 4 matches in the Bundesliga. Eintracht Frankfurt lies just above courtesy of an extra point in the table. They have also won just 2 games till now but have suffered just 3 defeats.

Do Claim A Welcome Bonus

It is hard to keep up with all the welcome bonuses we are adding on EagleBet. You should be claiming them! Use a bookie’s money to bet big by signing up straight away. Study our World Cup Qualifier, Premier League, Bundesliga, La Liga and Serie A betting guides and use our odds, predictions and tips to soar with winners with generous welcome bonuses.

Sign up to our newsletter to enjoy our free betting guides.