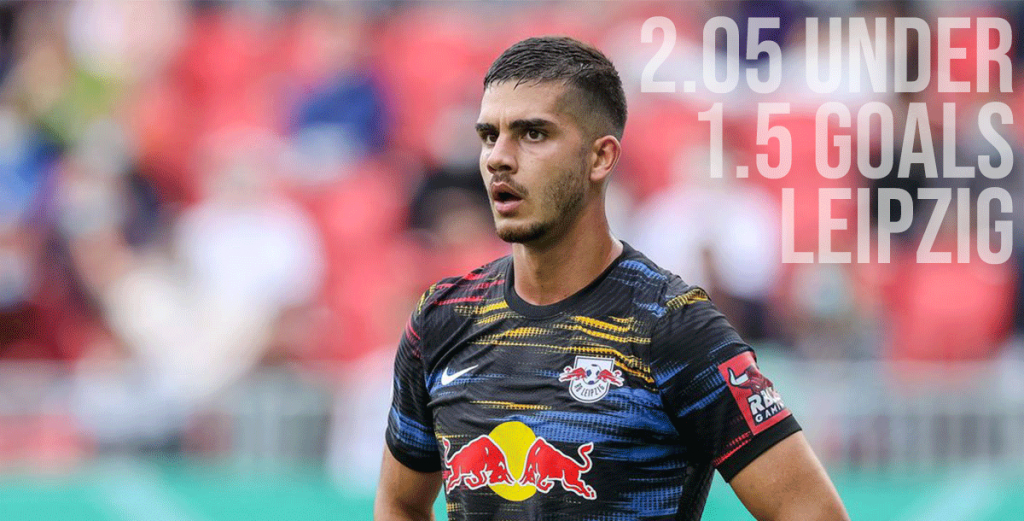 A wide choice of tantalizing fixtures is on the cards for Matchday 8 of the 2021/22 Bundesliga season. Bayern Munich will square up against Bayer Leverkusen this weekend with the two teams locked at the top of the standings on 16 points. Borussia Dortmund and Freiburg head the chasing-pack, currently trailing the leaders by only 1 point.

Freiburg has made a highly impressive start to their campaign having stayed unbeaten in the opening 7 matches of the Bundesliga. Leipzig has notched a couple of big wins after a disappointing start to climb into the top-half.
Freiburg has the joint-best defence in the league having conceded only 5 times thus far. Leipzig has certainly found its scoring boots at home lately but has only managed 1 goal on the road till now. Therefore, the 2.05 line for under 1.5 goals for the away-aide looks a decent option.

Moreover, Freiburg has won at least one half of football in all their 3 home-games and backing them to win either half at 2.25 looks a fairly safe choice. Leipzig has netted 11 of their 15 goals this season in the latter period so the 2.25 price for 2nd half to be their highest scoring half seems a generous offer.

Neo.bet Football Odds
Greuther Fürth: 2.34
Draw: 3.40
Bochum: 2.92
It is already a high-stakes encounter between these two sides in their bid to survive relegation. With only 1 point Greuther Fürth remains rock-bottom of the Bundesliga with Bochum just 3 points further ahead.
Scoring goals is a problem for either side with both teams among the lowest scorers in the league. Fürth has only netted 2 times in 3 home-fixtures and Bochum has only returned with 1 goal from their 4 games on the road. The 2.10 line for under 2.5 total goals looks a decent option in this clash.
Fürth have performed quite reasonably on home-turf against some strong teams but Bochum has lost all 4 matches away from home. So it is not a bad choice to back the home team for the result. At any rate, the 1.72 line for the home-side to win either half is worth a try.

Union Berlin has maintained steady form right from the outset and collected 10 points off their last 5 matches. Wolfsburg has dropped down to 5th spot in the standings after failing to win any of the last 3 fixtures.

This has all the makings of a low-scoring encounter and the 1.72 price for under 2.5 total goals seems a rather secure bet. Union is unbeaten at home conceding just 2 times in 4 matches but has scored only 3 goals so far. Meanwhile, Wolfsburg has only scored 9 goals in 7 matches this season.
Yet the 1.75 line on both teams to score is noteworthy for this clash. In spite of the low-scoring records, Union has not been able to nick a goal in only 1 game while Wolfsburg has scored in each match. The double chance at 2.40 on a home-win or draw with both sides scoring is another good option.

Dortmund has fallen to 2 defeats so far but has bagged a win in all the other matches to stay within touching distance of the top. Mainz has only taken 1 point from the last 3 games after making an impressive start to the season.
Dortmund has shown imperious form on home-turf, winning all 4 matches at Signal Iduna Park and scoring 14 goals in the process. But Mainz has the joint-best defence in the league having conceded only 5 times up till now. So under 3.5 total goals at 1.65 appears to be quite a safe choice.

A 1.70 line for both teams to score looks good here. Mainz doesn’t get many but should open their account in this match as Dortmund has not kept a clean-sheet so far. Favouring the home-team to score in both halves at 1.90 is a decent bet, too, as they have a goal in both periods in 3 home-games.

Neo.bet Football Odds
Leverkusen: 5.00
Draw: 4.30
Bayern: 1.58
With 5 wins from the last 6 matches including a 3-game winning streak, Leverkusen is in good shape to face the reigning champions. In the meantime, Bayern fell to its first defeat of the campaign in their previous league-fixture.
The 2.20 offer for both teams to score in the 2nd half is the shrewd pick in this clash between the two top-scoring teams of the Bundesliga. Leverkusen has scored a goal in the latter period in their last 6 outings and Bayern has netted during the last 45 minutes in 5 of their 7 matches this season.
Over 3.5 total goals at odds of 1.80 feels a safe option as only 2 games for both sides have delivered less than 4 goals. None of the past 10 matches in all competitions between these two clubs have ended as a stalemate; hence the double chance for a victory for either team at 1.85 is a smart choice.

Check this and other 1.Bundesliga betting predictions every week EagleBet