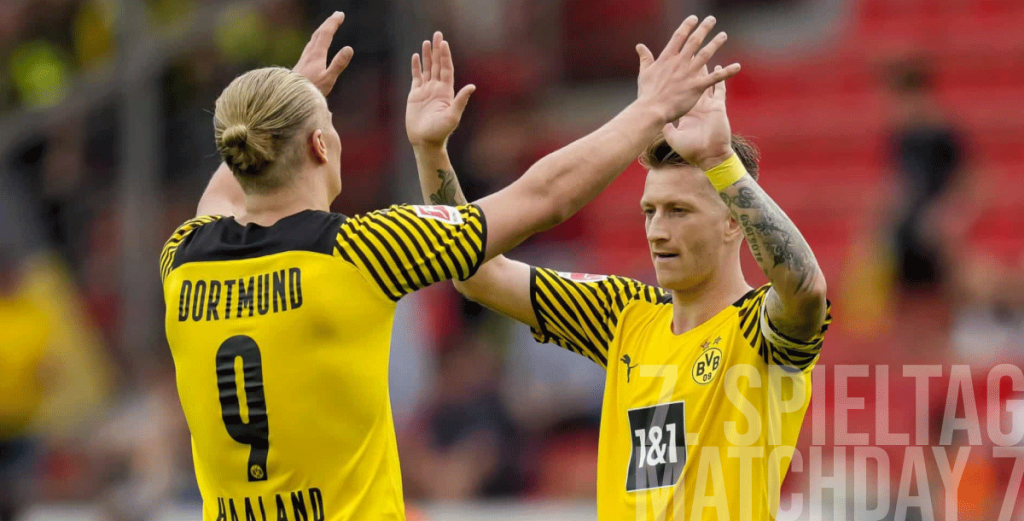 The race for the 2021/22 Bundesliga crown continues with Matchday 7 starting off this Friday night. Bayern maintained their position at the top of the standings with Bayer Leverkusen moving up to 2nd place while Borussia Dortmund and Wolfsburg suffered telling defeats.

All odds featured in this Bundesliga predictions article are powered by Neo.bet.

Hertha stays outside the top-half after receiving a proper hammering last week for their 4th defeat of the season already. On the other hand Freiburg resumed their impressive start with another victory to move up to 5th spot.

Without a single clean-sheet, Hertha has the worst defence in the league and is among the lowest scoring teams as well. Freiburg do not score many either but they have a tight backline which has conceded just 4 times till now. So, the 1.90 price for Under 2.5 goals is a real good deal here.

Considering the present form of the two teams, favouring the away-side at 1.80 to Win Either Half is a nice option as well. Also, Freiburg to get the 1st Goal at 1.95 seems a pretty logical choice.

Wolfsburg fell to its first defeat of the season on Matchday 6 to drop down to 3rd spot in the Bundesliga standings. Borussia M’gladbach nicked a crucial win last week to jump out of bottom-3 into the fringes of the top-half.

Wolfsburg has one of the strongest defensive-records conceding just 4 goals but it has only managed to score 3 times at home thus far. At the same time M’gladbach has only scored once on the road till now. Hence, the 2.05 line for under 2.5 total goals is an excellent choice for this match.

Picking Wolfsburg to get the 1st goal at 1.75 seems an obvious choice in this match. There is not much else on offer but the 2.20 line for both teams to not score in the match looks a safer bet than the odds suggest.

After being handed a surprise-defeat on the road last weekend Dortmund is now 4 points behind the league-leaders in 4th spot. Augsburg currently lies just above drop-zone following their 3rd defeat of the season.

Dortmund has yet to keep a clean-sheet as yet and there have been at least 5 goals in each of their 3 home-matches having conceded 2 goals in each one. Augsburg has only scored 2 goals but they should nick at least one in this encounter. So the 1.83 line for both teams to score looks a fine option.

Dortmund has scored 12 goals at home this season so backing them to get over 2.5 goals at 1.72 is quite a safe bet. The 2.37 odds on the home-side to win both halves is worthy of a mention, too.

Despite suffering a defeat on the road last week, Mainz still occupies a position inside the top-6. Meanwhile, newcomers Union Berlin maintained their bright start to the season with another win that has pushed them into the top-half of the table.

Mainz has scored just 6 goals but they have the best defence in the league and are yet to concede at home this season. Union Berlin has netted 2 goals in each of their 2 away-matches but they will face a much sterner test in this clash. Therefore, under total 2.5 goals at 1.80 is a more than kind offer.

Besides favouring the home-team for the result, there is not much here that is worth taking a risk. The double chance offer of 2.25 for a Mainz win or draw with under 2.5 goals is one to put some stake on though.

Having racked up their 6th successive league-win Bayern has opened up a 3 point gap at the top of the Bundesliga. On the other hand, Frankfurt is yet to win a game this season but has picked up 5 straight draws to place itself just beyond the relegation-zone.

Bayern has netted a least 3 times in the last 45 minutes of every home-game this season. Frankfurt has done well defensively yet it seems incapable of holding back the Bayern juggernaut. So, opting for the 2nd half to be the highest scoring half for the home side at odds of 1.95 is an astute pick.

The 2.00 price for Bayern to win both halves is particularly attractive in this match considering it has the home-advantage. The 1.66 offer for over 1.5 goals by the home-team in the 2nd half is also a good choice here.

Find the biggest betting offers and other free bets here at EagleBet and boost your odds with our partner online bookmakers.

All odds are subject to change.
Play Responsibly, 18+