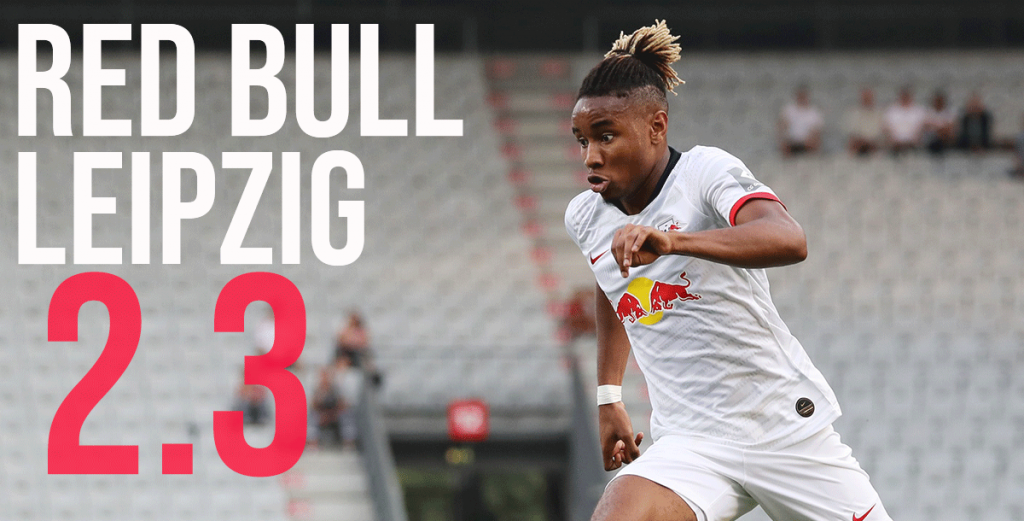 We believed that Dortmund was the favorite to win the DFB Pokal, but the magic around this competition is that, things change really fast, so as the odds. Check our new winner prediction on the DFB Pokal 2022.

The betting-lines in the outright markets for the DFB Pokal Winners have seen another massive shift following the Round-of-16 fixtures that produced another set of huge upsets in the competition. Here we take a look at the remaining 8 teams and assess their chances of lifting the trophy at the end of the season.

With the two top-favourites Bayern München and Borussia Dortmund crashing out of the DFB Pokal in subsequent rounds, RB Leipzig has now become the leading contender for the title. That seems rather strange considering Leipzig dropped out of the top-half of the Bundesliga table on quite a few occasions this season which ultimately led to the dismissal of manager Jesse Marsch after just 5 months at the helm.

Former Schalke boss Domenico Tedesco, fresh from a stint with Spartak Moscow in Russia, was named as the replacement and matters have certainly improved at the club following his arrival. Aside from reaching the last-8 of the DFB Pokal, Leipzig has picked up 4 wins and tasted just 1 defeat in the 6 Bundesliga matches under the new manager, which has put the club back inside the top-6 for the time being.

On paper, RB Leipzig has the most powerful squad of the all teams left in the German Cup with capped-internationals all across the park. The players have rediscovered their confidence and will be focused on finishing the on a high note after a poor first-half to the season.

And in Tedesco, they have a talented, young coach with a point a to prove and lifting the german cup will be one of his chief targets with the pieces dropping so nicely in their favour.

Currently occupying 4th spot in the Bundesliga standings at the moment, Union Berlin is the highest placed team left in the tournament. Now playing its 3rd season in the top-flight, Union has made steady progress each year since it promotion and looks set to improve on its 7th place finish in the previous campaign while being a genuine dark-horse for the DFB Pokal.

Consistency has been the hallmark of their performances as Union Berlin suffered just 4 league-defeats with Bayern München being the only side with fewer losses thus far. Moreover, Union has gone unbeaten through the past month across all competitions including the thrilling away-win over local-rivals Hertha Berlin in the Round-of-16 clash last week.

Manager Urs Fischer brought in a host of signings in the summer that has lifted the club onto the next level. The players share a good chemistry with the coach and this strong team-ethic of the squad is a big reason why the club keeps punching above its weight.

Therefore, Union Berlin definitely is capable of making a really deep run into the competition, especially if the draw falls their way with the team winning 6 and losing only 1 of its 10 home-games in the Bundesliga this season.

Enjoying a stellar campaign up to this point, Freiburg has now emerged as one of the top contenders for the DFB Pokal after pushing Hoffenheim aside at their own turf in the Round-of-16. The club is also on course for its best finish in the Bundesliga under the long-serving manager Christian Streich, since taking 5th place almost a decade ago in 2012/13.

However, it has not exactly been plain-sailing for Freiburg over the past couple of months with the team faltering frequently of late after a splendid start to the season. The german cup team was placed as high as 3rd in the league-table after going unbeaten through the opening 10 fixtures. But 5 defeats and just 3 victories over the course of the next 10 Bundesliga matches has left the top-6 hopes hanging precariously for the coming weeks.

Having never lifted the DFB Pokal in its history, claiming an extremely rare piece of silverware should be quite tantalising for the fans especially as the draw now looks quite an open contest with the dismissal of the top-dogs.

At any rate, Freiburg has not hesitated to put its best foot forward in the competition. Scoring goals may be a perennial issue for this side but with its strapping defensive organisation and teamwork, Freiburg is a handful for any opposition in these cup-ties.

What are the chances of VfL Bochum to win the DFB Pokal ?

As the only other top-tier side remaining in the competition, Bochum has been placed marginally ahead of the 2.Bundesliga sides by the bookmakers in the betting-markets. The team from Ruhr valley has already gone past 2 Bundesliga teams in the past couple of cup-ties including the impressive victory over Mainz last week.

Nonetheless, Bochum has never won the DFB Pokal and in fact reached the last final over 30 years ago. And while they have done very well to get into the last-8 of the german cup, they will have more pressing issues on hand with the club lying a mere 5-points above the drop-zone at present despite having a fairly comfortable 11th spot in the Bundesliga table.

Club-manager Thoas Reis will certainly prioritise on keeping his side in the top-division after earning promotion last season rather than chase fanciful cup-dreams in the coming weeks.

And with Bochum only taking 1 win from its last 6 league-fixtures, their exciting run in the German Cup might draw to close in the quarter-final.

Hamburger SV on the DFB Pokal

Having lifted the DFB Pokal on 6 occasions, Hamburg is considered the biggest challengers for the title amongst the 2.Bundesliga sides. The north-German club secured its place in the quarter-finals with a nervy penalty-shootout victory away at Köln.

However, Hamburg has not clinched the German Cup in more than 3 decades although they did make it to the semi-finals in the 2018/19 campaign.

At the moment, it lies 5 points off the top of the 2.Bundesliga table and therefore earning a direct promotion to the top-tier will be of greater concern to manager Tim Walter as well as the supporters instead of offering a serious bid for the DFB Pokal.

St. Pauli pulled off the most stunning upset in the Round-of-16 by knocking out former favourites Borussia Dortmund out of the competition. It leaves the club from the north coast of Germany just one win short of equalling it’s best-ever run in the DFB Pokal way back during the 2005/06 season.

Despite spending large parts of the current campaign at the top of the 2.Bundesliga table, St. Pauli is currently 2 points behind the leaders in 2 spot following a 4-game winless-run.

As a result, manager Timo Schulz will be more focused on securing a return to the top-flight after a 10-year hiatus which might leave its german cup-ambitions somewhat stranded for the rest of the campaign.
Key Players: Leart Paqarada, Daniel-Kofi Kyereh, Guido Burgstaller

After taking a narrow victory over 3.Liga side 1860 München in the Round-of-16, Karlsruhe earned its place in the quarter-final of the DFB Pokal.

With a substantial 9-point buffer to the drop-zone in the 2.Bundesliga standings and a promotion-bid seemingly outside the realms of possibility, manager Christian Eichner can certainly afford to name his strongest line-up for the cup-fixtures. But the team’s form-graph shows a downward trend of late having picked up just 3 wins from the past 10 matches in all competitions.
Key Players: Christoph Kobald, Marvin Wanitzek, Phillip Hofmann

By securing a comprehensive victory over Borussia M’gladbach on home-soil, Hannover has made it through to the last-8 of the DFB Pokal for the first time since 2006/07. With the club currently lying 7 points off the drop-zone on 13th position in the 2.Bundesliga table, it is the lowest placed team remaining in the competition. The team endured a difficult first-half to the season but has responded well under new manager Christoph Dabrowski with 3 wins from his first 5 league-matches although further progression in the German Cup might just be a step too far.
Key Players: Ron-Robert Zieler, Sebastian Kerk, Linton Maina

Best Players of the Bundesliga 2021

If you like to bet on the player market or just like football and the Bundesliga, please check our article reviewing the Bundesliga 2021 best players.