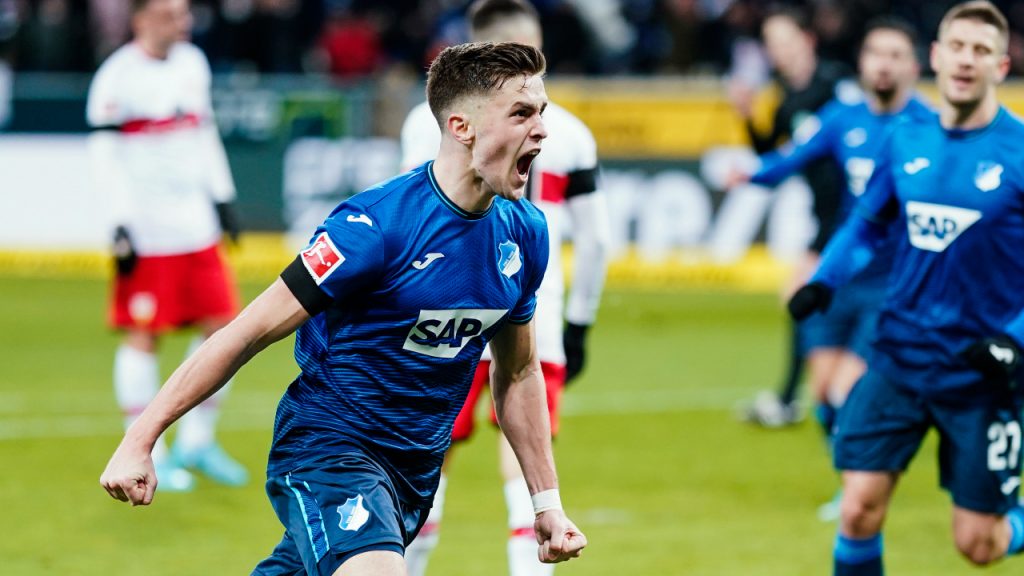 Hoffenheim remains in 6th position after failing to win its last couple of fixtures. Bochum is currently in 12th spot after going down to successive defeats.

What are Hoffenheim Odds against Bochum?

What was Hoffenheim Performance in the last 5 Bundesliga matches?

Having suffered a shock defeat in the last round of the Bundesliga, Hoffenheim received a minor dent to its chances in the race to finish among the top-4 positions.

Despite a lengthy injury-list, Sebastian Hoeneß does not have any major absentees therefore he will probably set his side out in the 3-5-2 system. Oliver Baumann will be the goalkeeper while skipper Benjamin Hübner might return to the side to form the 3-man defence along with Florian Grillitsch and Stefan Posch.

At home, Hoffenheim has done quite well defensively with an average of less than 1 goal conceded per game.

Dennis Geiger might be deployed as the anchorman in front of the defence with Diadié Samassékou and Christoph Baumgartner. Kevin Akpoguma could be the wing-back on the right-flank with David Raum operating on the opposite side with Andrej Kramaric and Ihlas Bebou forming the strike-partnership up front.

On home-turf, Hoffenheim averages more than 2 goals per game in the Bundesliga.

What are Bochum Odds against Hoffenheim?

What was Bochum Performance in the last 5 Bundesliga matches?

Despite its recent poor run, Bochum has shown reasonably steady form by taking 12 points from its 10 league-fixtures in his calendar year.

With a Covid-19 outbreak in the squad, Thomas Reis may deploy his team in a slightly conservative 4-2-3-1 system for this match. Maxim Leitsch and Vasilios Lampropoulos are in quarantine while Armel Bella Kotchap is suspended so Anthony Losilla may have to form the makeshift centre-back pairing with Erhan Masovic.

Herbert Bockhorn should take the right-back role with Danilo Soares on the left-side of the backline.

Milos Pantovic, Simon Zoller, Gerrit Holtmann and Danny Blum are all unavailable as well. Hence, Eduard Löwen and Elvis Rexhbecaj will be the two central-midfielders of the side.

Christopher Antwi-Adjei should operate down the right-wing with Jüergen Locadia probably getting a rare start on the left-flank. Takuma Asano may take the no.10 position behind the centre-forward Sebastian Polter.

Bundesliga Matchday 28 Betting Tip – Hoffenheim has scored 23 goals in its previous 10 Bundesliga home-fixtures while keeping 4 clean-sheets in this period. Bochum has tasted 9 defeats from its 13 league-matches on the road and also possesses the joint-worst scoring-record away from home.

Bundesliga Matchday 28 Betting Tip – Hoffenheim has conceded just 9 goals over the course of its previous 9 league-matches at home which also includes 4 clean-sheets. And Bochum has only managed to score 9 goals on the road this season and has failed to open its account in 6 of its 13 away-fixtures.

With its impressive home-record, Hoffenheim should have no trouble dispatching this Bochum side that has struggled massively on its travels this season.