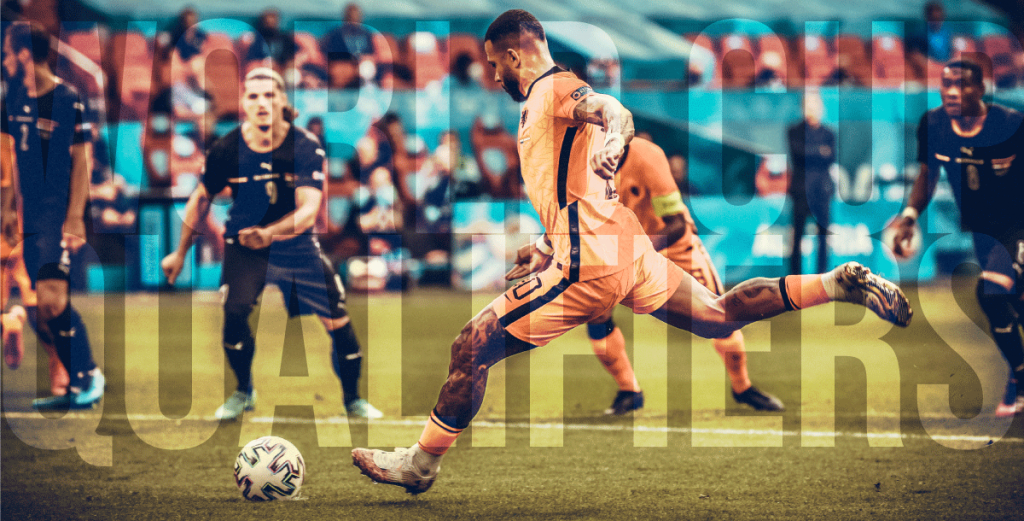 A lot of these matches are simply not worth betting on with so many overwhelming favourites, but some World Cup qualifiers offer interesting betting odds. Please see our predictions, betting tips today and match analysis of these World Cup Qualifiers odds below.

There is not much value in many of the matches. For example, we can see why Denmark in their World Cup qualifier against Scotland is 1.51, while Scotland is out on 8.8 for an away win.

A draw is a little more attractive at 4.4, but can we really rely on Scotland to hold out? We can’t trust them enough.

France is obviously the overwhelming favourite in its World Cup qualifier against Bosnia-Herzegovina but at 1.19 what is the point, even if Mbappé is having a massive sulk because he wasn’t allowed to go to Real Madrid? You can get 8.8 on the draw, but you would need to be brave (or rich, or possibly foolish).

If you like fun, obscure matches (and no disrespect meant to either country) you might look at Malta v Cyprus. Neither, we think it is fair to say, is regarded as among the giants of World Football.

But Malta (Fifa ranking 177) is, in our view, even weaker than Cyprus (ranking 99, sandwiched between Lebanon and Mauritania). You can have the draw (3.2) or an away win for Cyprus (2.36) might be worth a small bet.

More serious is Norway against the Netherlands, where, according to our sports betting specialist’s predictions, the odds on the Netherlands to win away at 1.92 are not generous but are still tempting because we consider the Dutch to be overwhelming favourites in this World Cup qualifier.

Louis van Gaal is back as manager (for the third time) and our tip is that the Netherlands, led by Memphis Depay in attack, will be too strong.

The Dutch were in good form prior to their defeat to the Czechs in the Euros.

Norway Chances Against The Netherlands For The FIFA World Cup Qualifiers

For Norway, both their earlier wins were against teams outside FIFA’s Top 50. Crucially, Norway has not won against a top 20 side since 2015.

Sure, Norway has some decent players for a country ranked 44, not least the great Erling Haaland who will want to impose himself at home against Virgil van Dijk. But the Oranje also have such classy defenders as Matthijs de Ligt and Stefan de Vrij so the Dortmund striker might get isolated.

De Telegraaf reports that Jurrien Timber will play at right-back, Davy Klaassen in midfield, while Cody Gakpo and Steven Berghuis will play either-side of Depay up top.

You could have the draw at 3.9 but we just predict that the Netherlands are worth a bet in this World Cup qualifier, so use one of the welcome bonuses we have negotiated for you and rely on our tips and predictions to bet on this one.

Croatia returns to Moscow where she sparkled in the last FIFA World Cup, but Croatia’s odds in this World Cup qualifier have not been helped by the absence of talisman Luka Modrić. A number of their players were also caught up in transfer deadline day speculation, which the manager admits has hit concentration. Croatia is not in great form either with only 3 wins in 10.

Russia is now trying to play more of a passing game but looked workmanlike and underwhelming at the Euros.
Both teams struggle for goals so the draw at 3.3 looks quite attractive to us.

Also look at the under 2.5 goals market (meagre though the odds of 1.66 are): 3 of the last 5 games for both countries have been under that number while both managers might be quietly happy for a draw in this one.

Make sure you sign up to a new operator you see on our list of the greatest betting bonuses from the best betting sites, click on the banner and use their welcome offer to bet on one of the matches we have tipped above.

Good luck and soar with winners.