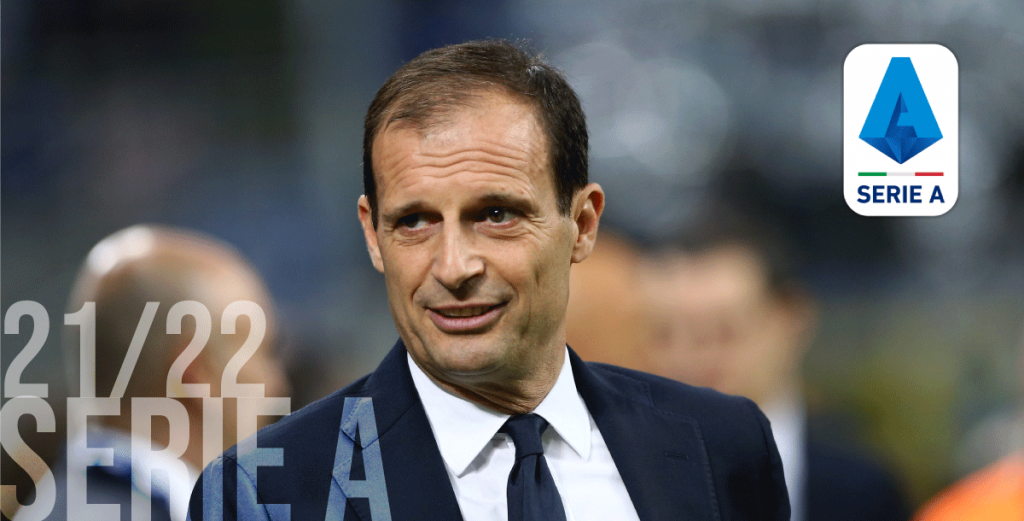 Fresh from their Euros triumph, Italians can now focus on their domestic Serie A season and what a thriller it should be as Juventus seek to claw back the title from Inter.

Here we explore all the odds, betting tips, predictions, Summer window transfers and news in the Italian football first tier.

Italy’s top division Serie A comprises 20 teams playing 38 matches home and away in one of Europe’s top leagues. The first four teams each season qualify for the Champions League, while the 5th and 6th placed clubs enter the lesser Europa League. Three teams finishing bottom of Italian Serie A and relegated to Serie B 22/23.
It is, then, a very standard format.

Just as Bayern Munich have won the Bundesliga on nine consecutive occasions, so Juventus had completely dominated Serie A for nine tough seasons for the rest of Italian football (2011/12 to 2019/20).
However, last season Inter finally broke the dominance of the Turin club, lifting the Serie A title in 2020/21, with local rivals AC Milan runners up.

The Torino side are clear favourites to win the 21/22 season for our Serie A 21/22 betting guide writer, after Inter dared to break their dominance last season.
A Juve’s Lega Serie A triumph is the clear verdict of the bookies and is also being heavily tipped by betting experts.

The race for the 21/22 championship is being framed by tipsters and operators alike as a two horse race between Juventus with last season’s winners Inter second favourites to win the league.
Our Serie A 21/22 betting guide specialists stated Juventus are being offered by Bet365 at 5/4 and William Hill at 11/10 for the Serie A title.

The same bookies have odds of Inter for the league of 2/1 and 9/4.
Next up in the Serie A title and betting race are Atalanta (variously at 5/1 and 8/1) for the title and then those southern lions Napoli at 14/1.

AC Milan are lengthening back at 16/1, Roma 18/1 and Lazio 28/1 to win the Italian football league this season.

Massimiliano Allegri is back as manager of Juve after delivering five stunning back to back Serie A titles 2014-19.
Andrea Pirlo enjoyed an incredible playing career but sadly his period in the manager’s chair saw rather less glory with Juventus ending the season in 4th place.

The sheer presence of Allegri will give Juventus massive confidence and has no-doubt contributed to the short odds on Juventus to win Serie A this season. He has also stated his intention to field a more settled team rather than the “tinkerman” selections of his predecessor.

However, as Sade once sang, it’s never as good as the first time and managers returning to old clubs can struggle to recreate past glories.

Meanwhile, other managers have been on the move too.

Simone Inzaghi Will Be Inter Milan’s Coach In 21/22

Inzaghi secured three trophies in five years at Lazio and has already persuaded star striker Romelu Lukaku to stay, but for our Serie A 21/22 betting guide specialists it might not be enough.

Revenue of all clubs have been hit by Covid and managers will have to adapt to leaner ways, particularly in the transfer market.

It wouldn’t be the close season without some speculation about the future of Ronaldo. The preening superstar is always in demand and the latest rumour is a possible swap deal involving PSG for the 36-year-old.
Juve though are said to be leading the race for Manuel Locatelli, who would be a great signing.

It is hard to argue with Juventus being placed as favourites to win the Italian football first tier this season.
However, the odds are not that generous for a bet and we don’t see it as quite so guaranteed as the bookies for Juventus for the title.

Therefore, the ultimate betting tip of EagleBet’s Serie A 21/22 betting guide is – do have a think about a bet for Inter to win the Italian 2021/22 Serie A season.

Whatever you do, use one of the bonuses we have negotiated for you with one of the many safe, reputable bookmakers we have partnered with.

Soar with winters on EagleBet and claim your welcome bonus after reading our betting guide then bet on the Serie A title race with one of our carefully selected partners.