Joao Felix and The 11 Worst Debuts in Football History

You are here: Home »  Blog » Joao Felix and The 11 Worst Debuts in Football History 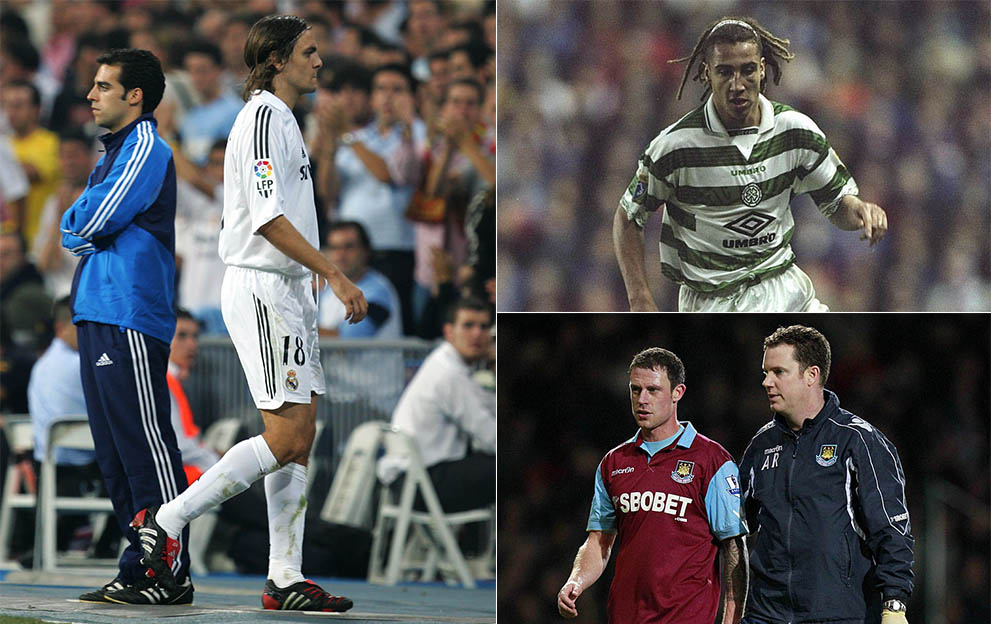 While scoring on your debut for a new team is every player’s ambition, it seldom happens in reality, with some players having a difficult start at a new team.

Jimmy Greaves may have had a terrific start in every side he played for until he retired officially in 1971, but for the Blues’ loan superstar isn’t the usual. There are plenty of examples of players who had a horrible debut.

The Atletico Madrid loanee had a terrible Chelsea debut as his team lost to Fulham 2-1. The 23-year-old made life difficult for his new teammates by receiving a red card for a frightening lunge at Kenny Tete shortly before the hour mark.

The biggest hoax, Ali Dia played once for Southampton after persuading coach Graeme Souness that he was the cousin of Ballon d’Or winner George Weah.

Souness threw Dia in the deep end as a replacement for Matt Le Tissier against Leeds, but it quickly became apparent that Dia was not who he claimed to be. He was substituted after 21 minutes and then dismissed by the club. Later, Le Tissier described the event as “quite unpleasant to see.”

Lionel Messi may have gone on to have one of the most remarkable careers in sports history, but his time as a senior Argentina international did not begin well. Manager Jose Pekerman gave the attacker his first call-up for a friendly against Hungary, coming off the bench in the 64th minute.

Rather than dazzle as a substitute, Messi was sent off barely two minutes into the game following a tackle on Hungary’s Vilmos Vanczak. After receiving his marching orders, Messi was reportedly seen in tears in the locker room, but his career recovered relatively well.

For a decade, Garry Flitcroft played over 250 games for Blackburn, but the former club captain had a rough start.

The Lancashire-born midfielder made his Premier League debut for the reigning champions in 1995–96 against Everton. However, he barely lasted three minutes of the game before being sent out for an elbow on Duncan Ferguson.

When you become Britain’s most expensive player, you will undoubtedly receive criticism in your next game. And that was Ferdinand’s destiny when he signed for Leeds in an £18 million transfer from West Ham.

His debut was a failure as his new squad was soundly defeated 3-1 against Leicester in 2000. Ferdinand was adrift at sea alongside Lucas Radebe as the Foxes hammered an expensively prepared Leeds team.

An unusual blip for Ibra. And it goes without saying that he was incredibly excellent in his debut season with AC Milan in 2010, scoring 21 goals in all competitions. But you wouldn’t call him a hit after missing a penalty against lowly Cesena in a 2-0 loss.

As fate would have it, Tottenham and Manchester United were matched against one another on the first day of the 1997 campaign. It meant that Teddy Sheringham, the Red Devils’ latest signing, would debut at White Hart Lane, where he had previously experienced great success.

With an hour remaining, he was given a chance to start his Manchester United account from the penalty spot. His shot, though, struck the post’s foot before cannoning back to Teddy, who stretched out a foot only to have the ball bounce off it to safety.

From here, the deterioration of the former England shot-stopper may be tracked. Hart was loaned to Torino after Pep Guardiola dumped him at Manchester City.

With his confidence damaged by his experience at City, he struggled on his debut for his new team. Hart was responsible for Atalanta’s first goal in a 2-1 loss, punching a cross to the feet of an opposition attacker, who scored.

Stanley Milton had a poor beginning to his career as a goalie with Halifax Town. With Milton in goal, Halifax conceded two goals against Stockport County in the first half, but a rout in the second half resulted in a 13-0 loss.

Due to Lee Dixon’s stay at Arsenal, Jason Crowe was forced to wait for an opportunity in the first squad. His first and single opportunity came in the League Cup against Birmingham City. Crowe came off the bench but only played for 33 seconds until Uriah Rennie, the referee, dismissed him for a challenge on Martin O’Conner.

Jonathan Woodgate’s Real Madrid debut is one of the worst. First of all, due to injury problems, the Englishman had to wait more than a year after signing with Los Blancos before making his debut, and once he entered the game for the team, things quickly went south.

In his debut match against Athletic Bilbao, Woodgate scored an own goal, received two yellow cards for bookable offenses, and was ultimately dismissed. It was a night to forget for the former Middlesbrough player.