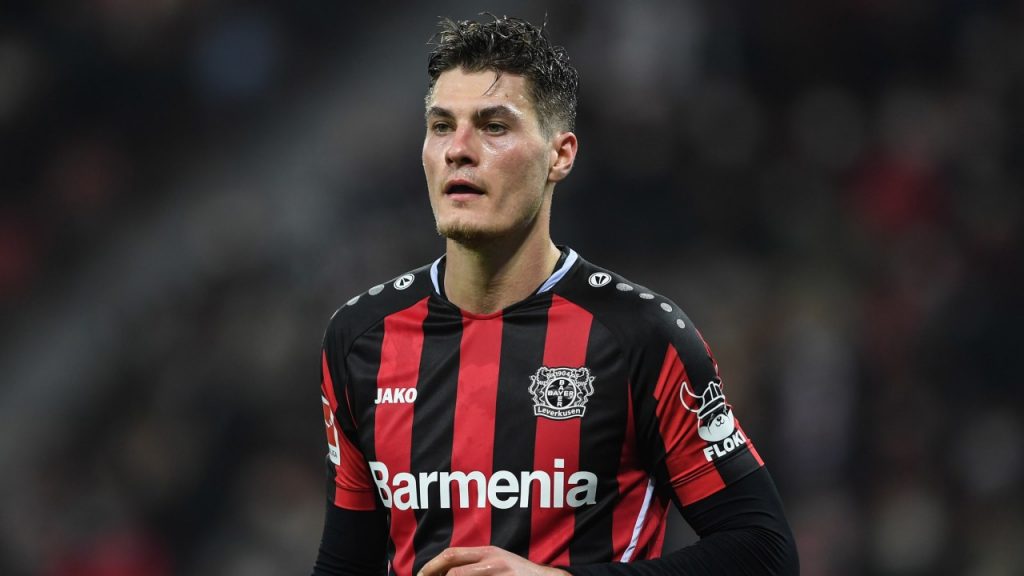 In the first fixture on Sunday for Matchday 26 of the 2021/22 Bundesliga season, Bayer 04 Leverkusen will take on FC Köln at BayArena for a derby clash between the North Rhine-Westphalia neighbours. Leverkusen has shown solid form since the winter-break to stay in command of 3rd position.

Köln has been on a bit of a rough patch lately which keeps it on 8th spot in the league-table for now.

What are Bayer 04 Leverkusen Odds against FC Köln ?

What was Bayer 04 Leverkusen Performance on the last 5 Bundesliga matches ?

After securing a thoroughly respectable draw away to champions last week, Gerardo Seoane should revert to the tried and tested 4-2-3-1 formation.

Bundesliga Skipper Lukáš Hrdécký has been ever-present between the posts for Leverkusen this season with Jonathan Tah and Piero Hincapié as the first-choice centre-back partnership. Jeremie Frimpong has been another vital cog on the right-side of the defence with Mitchel Bakker in the left-back position.

But Leverkusen is rather leaky at the back and has injury-absentees further up the pitch.

Both Robert Andrich and Kerem Demirbay are unavailable therefore Charles Aránguiz and Exquiel Palacios might deputise for the pair in central-midfield.

Leverkusen has been one of the great entertainers with Moussa Diaby operating down one flank and Amine Adli on the other and Florian Wirtz in the no.10 role.

Patrik Schick is ruled out so Lucas Alario may get a rare start in his stead.

What are FC Köln Odds against Bayer 04 Leverkusen ?

What wasFC Köln Performance on the last 5 Bundesliga matches ?

Having taken just 11 points from 8 fixtures this year, Köln has lost track from the strong momentum that it had gathered by last December.

Steffen Baumgart might choose to line his team up in the 4-2-3-1 system for this match with Marvin Schwäbe as his first-choice in goal. Timo Hübers is likely to be sidelined with Covid so Luca Kilian and Julian Chabot should be the two central-defenders.

Meanwhile, Benno Schmitz will continue in the right-back position with Jonas Hector returning to the left side of the defence.
Salih Özcan and Ellyes Skhiri will probably be the defensive-midfielders in the centre of the park.

Florian Kainz will feature on the left-wing with Dejan Ljubici on the right.

Mark Uth will start as an attacking-midfielder behind their talisman centre-forward Anthony Modeste although Köln has not done a particularly dependable job as an offensive-unit so far.

Bundesliga Betting Tips – Bayer Leverkusen has picked up 5 wins from its last 7 home-games, scoring at least goals in 6 of those matches. Köln has only 2 victories in 12 league-matches on the road even though it has opened its account in the previous 7 away-games.

Bundesliga Betting Tips – Despite scoring 2 or more goals in 9 of its previous 11 Bundesliga matches, Leverkusen has only kept 1 clean-sheet in this time. On the other hand, Köln has scored 10 times during its last 5 league-matches on the road.

This derby encounter promises plenty of goals but with home-advantage in its favour Leverkusen should get the better of Köln quite comfortably.