You are here: Home »  Blog » Can Lewandowski Win the Ballon D’or ? Betting Odds 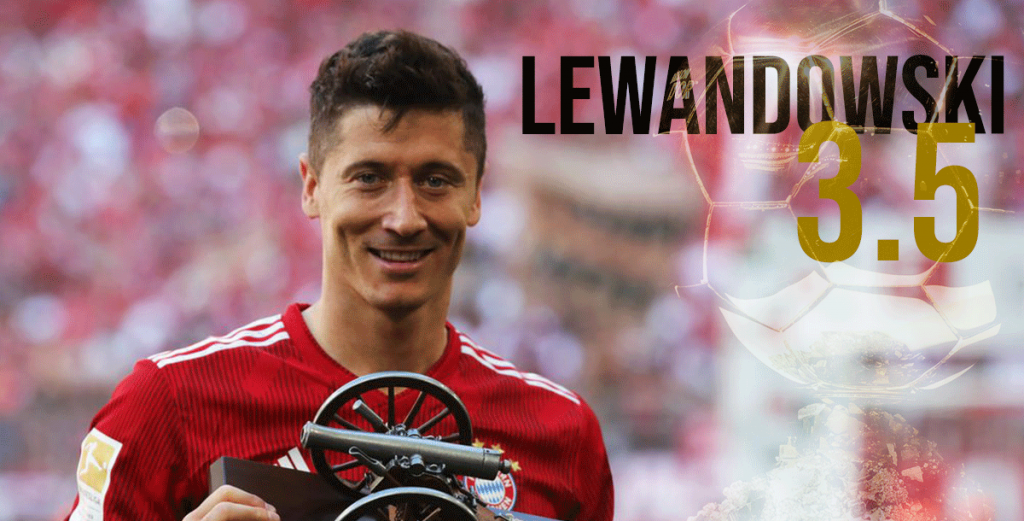 There is still great value in the betting race to win the Ballon d’Or – if you bet on Bayern Munich and Bundesliga goal machine Robert Lewandowski. Meanwhile injury to Erling Haaland virtually hands the Bundesliga Golden Boot to Lewandowski, just revealed to have the best goals per game ratio in Europe. Eagle is home of Ballon d’Or betting and we detect a sharp increase in bets for Liverpool striker Mo Salah, who has scored in all his last 10 matches, in what is now a four-horse race to be crowned the world’s best player by winning the Ballon d’Or.

While Lewandowski keeps scoring, the Ballon d’Or competition is falling away.

Meanwhile, for the Bundesliga Golden Boot Haaland was in with a great chance but injury to the Borussia Dortmund striker is worse than first thought: his lengthy absence all but ends his chances, bar a season-threatening injury to Lewandowski.

We tried to place a large bet on Lewandowski for the Bundesliga Golden Boot yesterday but bookmakers acted quickly to shorten the odds so much for Lewandowski that we see no margin left to bet on the Bayern Munich striker. Haaland’s injury decreases the chances of Borussia Dortmund winning the Bundesliga, while improving Bayern’s chances yet further.

For the Ballon d’Or, as we reported, Messi is backed by many for steering Argentina to Copa America glory.

But he has not been such a consistent goal threat, though of course he is also a creator.

Messi is still Ballon d’Or hot favourite with bookmakers but we don’t see it. He has had, by his standards, a poor start to his PSG career while Lewandowski boasts the highest goals per game ratio in Europe (from one of the five top leagues including all competitions and international matches):

Germany legend Lothar Matthaus has entered the debate by saying Lewandowski deserves to win the Ballon d’Or for his incredible consistency. He points out that Liverpool and Salah had a difficult start to the year – important for the Ballon d’Or which is awarded for the whole year, even if Salah is arguably the best player on the planet right now.

Interestingly, Matthaus warns Chelsea’s Jorginho is a serious Ballon d’Or contender for powering the London side to Champions League victory.

The Bayern Munich striker has 48 goals for club and country in 2021, an extension of his brilliant 2020 form which would have seen him crowned Ballon d’Or winner but for the award being scraped due to Covid. His goals per game ratio is an astonishing 1.26, even better than Haaland’s.

For the neutral, injury to the Dormund striker is desperately sad because not only did his playing boost the chances of Borussia Dortmund – and add much needed competition to the Bundesliga – the Bundesliga Golden Boot was shaping into a brilliantly close race between these two world class strikers.

Hilariously, when a website reported that Ronaldo was down to 7th in the European scoring stakes hitting his transfer value, he blocked the site on Instagram. Who says he has a fragile ego?

As we reported, our soundings reveal there will be much support for Lewandowski because he deserved the award last year. Plus he has played as well this season as last, whereas Messi has disappointed. Salah is doing brilliantly, but has left his challenge late. Jorginho is a fine player, but is he enough of a headline-grabbing superstar to win the Ballon d’Or? We think the valueable odds for the Ballon d’Or, are clearly to a bet on Lewandowski.

How to Bet On The Ballon D’or

EagleBet is the home of Ballon d’Or betting so claim a welcome bonus with one of our partners and use the money of a bookie to bet on Lewandowski to win the Ballon d’Or. Subscribe to our free emails to get our regular betting guides with odds, predictions and tips to earn you money with a bet today.
Odds subject to change, please play responsibly. 18 plus.

EagleBet – Soar with winners in the Ballon d’Or